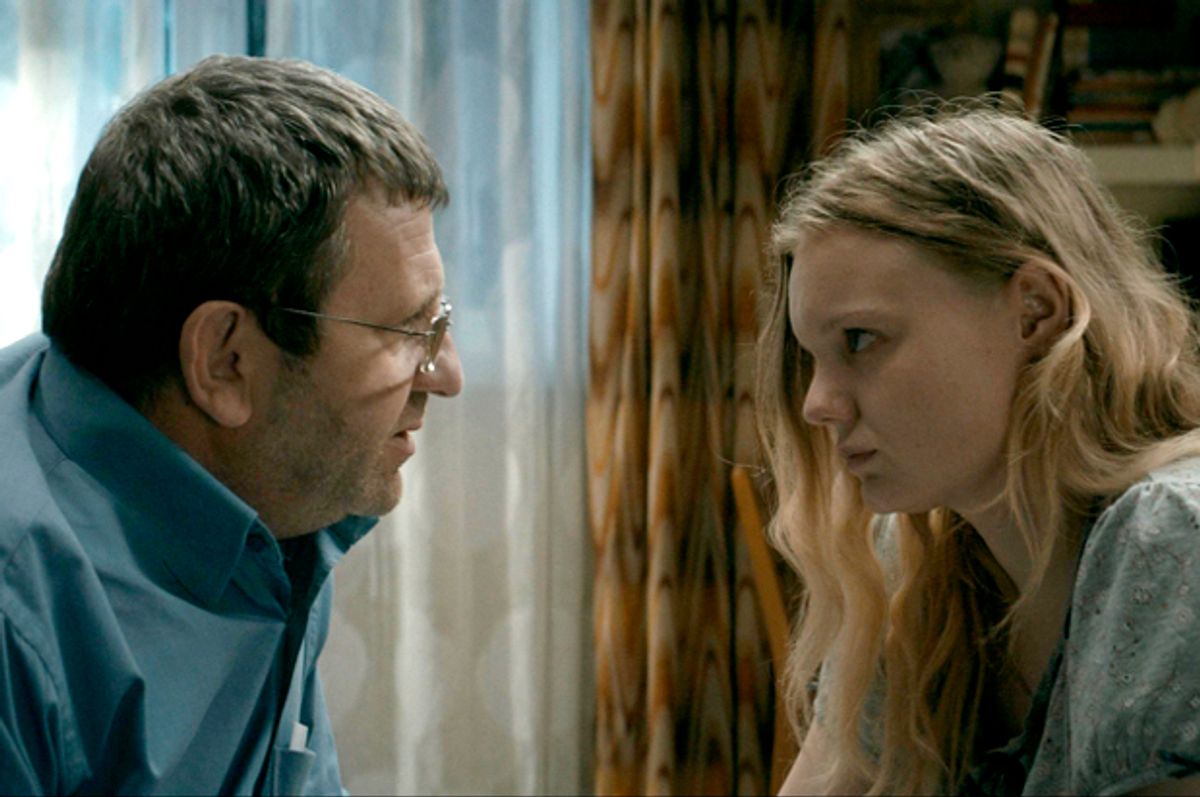 One of the seminal films of Romania's New Wave is Cristian Mungiu’s “4 Months, 3 Weeks and 2 Days.” It catapulted Mungiu into international acclaim for his biting commentary on Romanian society. The director/writer's latest film, the remarkable “Graduation,” earned him the Best Director prize at last year’s Cannes Film Festival — he tied with Olivier Assayas for “Personal Shopper." The award further proves that his reputation as a master filmmaker is well deserved.

Reputation is a critical element in “Graduation.” The film concerns the reputation of Romeo (Adrian Titieni), a doctor who has long been an honest, upright citizen. He stayed in his small town with his wife Magda (Lia Bugnar) hoping to change things, but he didn't want his daughter to suffer the same fate.

The teenage Eliza (Maria Dragus) was accepted into Oxford University and needs to score 9.0 on her last three high school exams to earn a full scholarship. Romeo wants his daughter to have a better life, insisting that she leave Romania to attend college.

The film opens in a modest apartment complex. An unexpected act of violence occurs, adding stress to Eliza's already stressful week of exams. Things escalate quickly — and badly — for the family when Romeo drops Eliza off for school and she gets attacked en route to class. Romeo learns of the incident when someone calls him as he's in bed with his mistress, Sandra (Malina Manovici).

The event leaves Eliza with a sprained wrist and sends an aftershock rippling through the family. Romeo has always pushed for Eliza to leave town, but the matriarch takes a slightly different childbearing approach.

Audiences notice a subtle infantilization surrounding Eliza from the movie's start — we see a large teddy bear displayed in her bedroom, scenes of Magda bathing her and conversations that take place on a playground swing set. Her parents play a large role, but "Graduation" is just as much about Eliza's story and how she has to make her own choices. Mungiu makes this clear without preaching to viewers.

Still, the hostility between Romeo and Magda is as palpable as the love Romeo has for his Eliza. When he hugs his daughter goodnight, we feel how much he cares for her. When she cries in the middle of the night, we see the tenderness as Romeo rushes to comfort her. Romeo will do anything for his daughter — and this is precisely what gets him into trouble.

The director never misses an opportunity to reveal the dark underbelly of Romanian society. After consulting with Romeo, Bulai gives the doctor the name of Serban (Gelu Colceag), the exam committee president. When the two eventually meet to discuss Eliza's situation, Serban instructs Eliza to mark her paper to his specifications so it can be graded favorably. The “system only works on trust,” Serban tells Romeo.

Magda, the designated moralist of the film, wants no part in the shady deal, which she feels is neither right nor worth making her daughter cheat. While Romeo defends his position — that the result is what ultimately matters — he has trouble convincing Eliza to act in her best interests. “We raised you to be honest," he concedes. "Do what you think is best.”

“Graduation” develops most of its dramatic tension from Eliza’s situation and her response to Romeo’s efforts. The father-daughter scenes become more fraught with tension when she discovers his affair with Sandra and confronts him.

Romeo also has concerns about Eliza’s boyfriend, Marius (Rares Andrici), who he suspects is the reason Eliza does not want to leave Romania for England. Romeo was particularly upset to learn his daughter was no longer a virgin.

These father-daughter exchanges play out in long takes that are entirely absorbing. Romeo and Eliza talk (and talk and talk) in the car, in her bedroom, in a bathroom — everywhere — and each scene is riveting. Mungui’s naturalistic style gives viewers an entry point into the family members' lives and lets them decide who is right.

The filmmaker also imbues “Graduation” with a sense of mystery; at times, it plays out like a thriller. The opening act of violence and others that take place as the film unfolds are never explained, leaving both the characters and audience unsettled. A “chase” scene late in the film, where Romeo tracks down a suspect in Eliza’s attack, is tense and exciting. These scenes, however, do more to expose Romeo’s character than add closure to plot lines.

What emerges from all of these moments is spellbinding. “Graduation” reveals the human condition by placing Romeo under a microscope. Romeo understands that “everyone has a weak spot,” and the film uncovers his. The situation with his wife is untenable, and a scene in which she asks him to move out is gripping because he tries to bandage the problem. She, of course, wants no part of it.

Eliza also feels uncomfortable with her father's demands of her and blackmails him at one point in the movie. Throughout all this chaos, Romeo tries to address problems with his mistress and his ailing mother (Eniko Benczo), as well as a pair of prosecutors who show up at his office inquiring about Bulai.

Mungiu may burden his protagonist with myriad problems, but the film never folds under the weight. “Graduation” is compelling throughout because Titieni conveys Romeo’s anxieties through body language and facial expression. Viewers can feel the pressure as he slowly becomes more corrupt and slides deeper into trouble.

It is clear he wants to avoid this slippery slope, but he slowly realizes that there may be no other way to get what he wants. Viewers are engaged, in part because they understand the motivation behind Romeo’s actions, and recalibrate their sympathies for him with each reversal of fortune.

Mungiu’s strength as a director is to keep his characters and viewers on tenterhooks. Many scenes feature ringing phones that jangle the nerves of the characters and punctuate the action in moments of crisis. The film’s use of windows and mirrors is especially telling, as the glass reflects the characters while at the same time separating them. For example, the scene in which Romeo spies on Magda through a window portends the fight they're about to have.

Even a minor scene, such as the one where Romeo takes Sandra’s young son Matei (David Hodorog) to the park, works toward the ultimate goal. When Matei throws a stone at a man whose son cut in line at the playground, Romeo must teach the boy about manners and morals — an ironic moment, given what Romeo has done over the course of the film.

“Graduation” is full of inspired scenes, and this is why Mungiu’s charged film resonates so profoundly. If the film ends on an ambiguous note, it is both deliberate and highly satisfying.