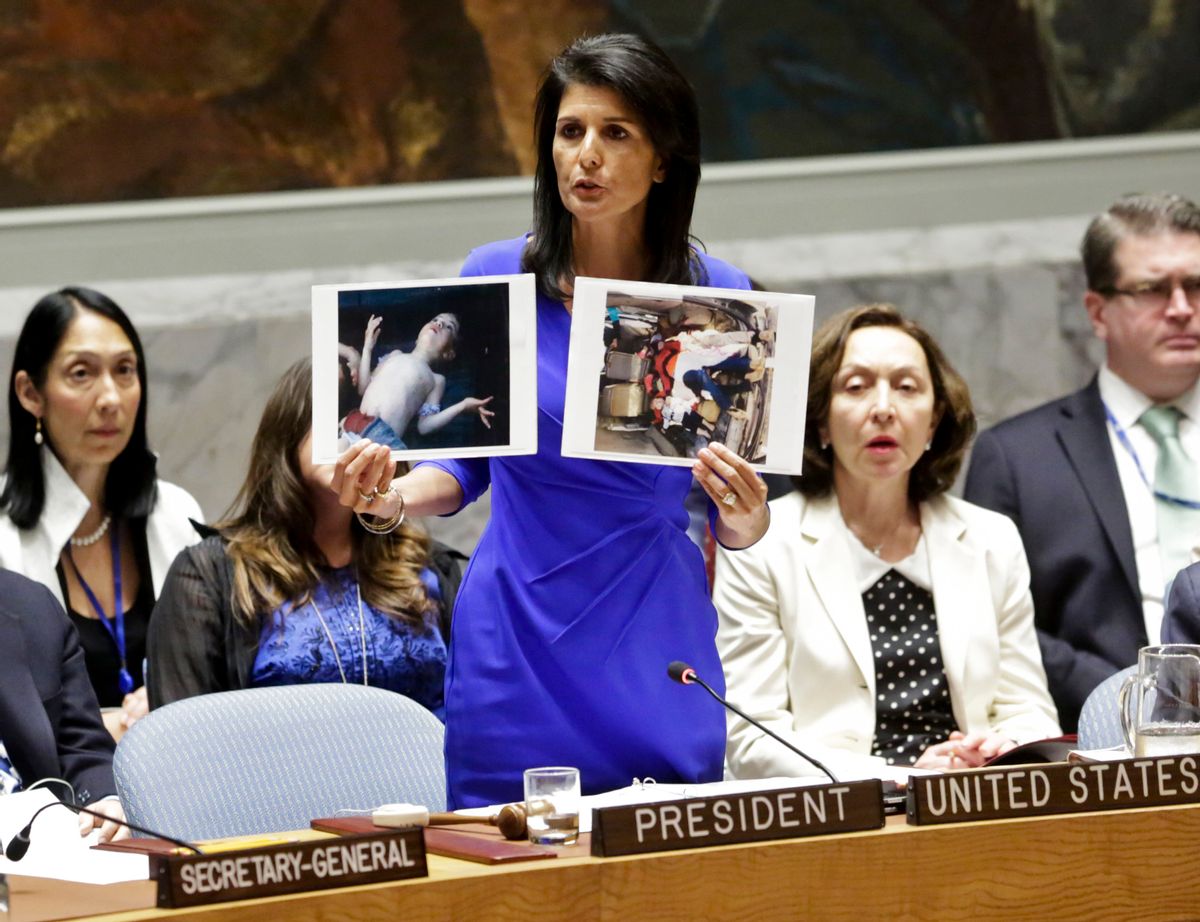 U.S. Ambassador to the United Nations Nikki Haley stated that a political solution in Syria is not possible until Syrian President Bashar al-Assad is removed from power, in an interview with CNN's Jake Tapper that aired on Sunday.

"There's not any sort of option where a political solution is going to happen with Assad at the head of the regime," Haley said. "It just -- if you look at his actions, if you look at the situation, it's going to be hard to see a government that's peaceful and stable with Assad."

The bold statements come only days after President Donald Trump ordered an airstrike against a Syrian air base. Haley's comments starkly contradict her previous statements she made in the last week of March, where she said that removing Assad from power was not a priority.

"You pick and choose your battles and when we're looking at this, it's about changing up priorities, and our priority is no longer to sit there and focus on getting Assad out," Haley said, according to Reuters. On the very same day, Secretary of State Rex Tillerson said the fate of Assad "will be decided by the Syrian people." Tillerson made these comments in Ankara, according to Reuters.

Syrian Deputy UN Ambassador Mounzer Mounzer denied the country's use of chemical weapons, stating at the UN special session that Syria "would never use such weapons in any of its operations against armed terrorist groups."

But Haley reiterated her statements about further actions in Syria in her interview with Tapper.

"If he needs to do more, he will do more," Haley said when asked if Trump would order more strikes. "So, really, now what happens depends on how everyone responds to what happened in Syria, and make sure that we start moving towards a political solution, and we start finding peace in that area."