WATCH: "Um, I stop the police from shooting people by handing them a Pepsi?" - Well, duh.

Saturday Night Live shows us where Pepsi went wrong with its ridiculous, offensive and stupid commercial 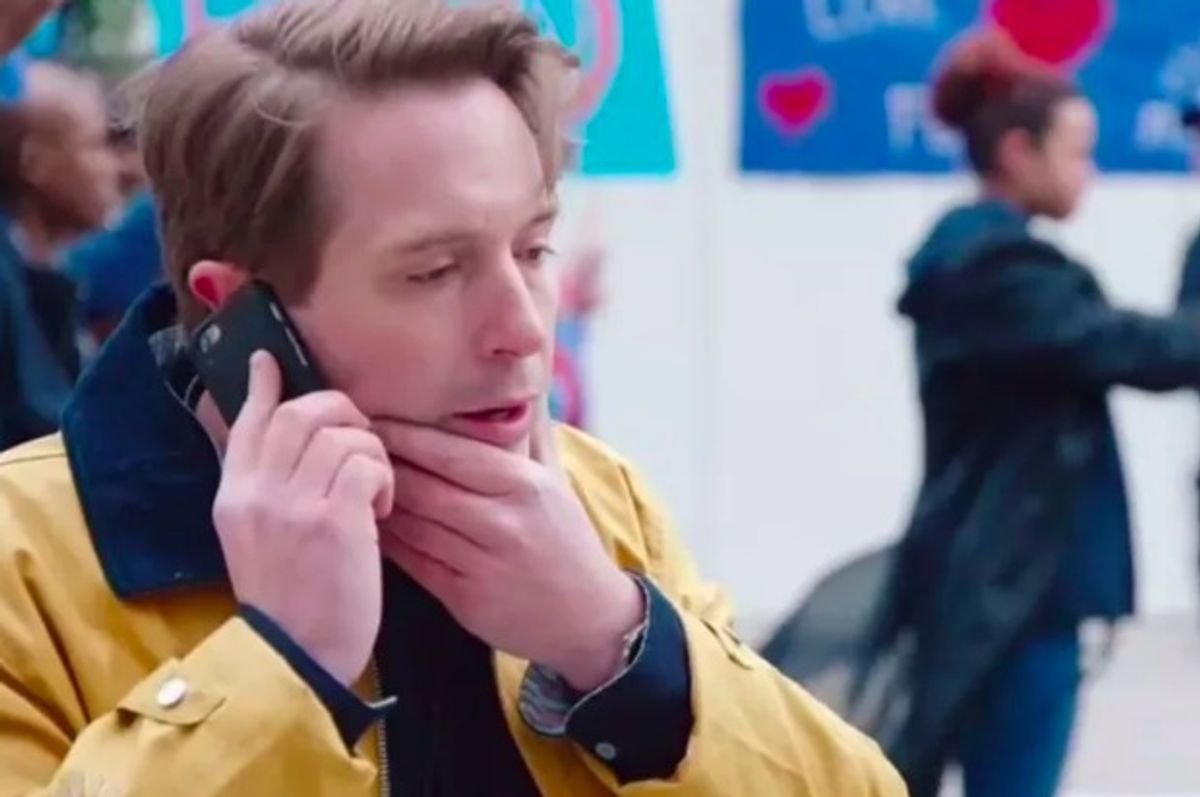 Saturday Night Live poked fun at the recent controversy surrounding Pepsi’s latest commercial, which featured Kendall Jenner and was pulled within a day of release. Beck Bennett, who put on a shirt since he wasn't playing Vladimir Putin, plays a writer who calls friends while the Pepsi commercial is shooting, tells them what it's about – and learns too late how offensive it is. "And so, everybody is marching, right? And they can see police officers, and they think it's gonna go bad because there's kind of, like, a standoff. And then, Kendall Jenner walks in, and she walks up to one of the police officers, and she hands him a Pepsi. And then, that Pepsi brings everybody together. Isn't that, like, the best ad ever?" Bennett's clueless ad exec drones.

Jenner, who is played by Cecily Strong, also calls a friend to describe the commercial while she's waiting for her cue. "Um, I stop the police from shooting people by handing them a Pepsi? I know, it's cute, right?" she giggles.

The original commercial featured Jenner offering a police officer a Pepsi to overcome the division between protestors and authorities. "Pepsi was trying to project a global message of unity, peace and understanding," the company statement released Wednesday read, after they removed the ad from circulation. "Clearly we missed the mark, and we apologize. We did not intend to make light of any serious issue. We are removing the content and halting any further rollout. We also apologize for putting Kendall Jenner in this position."

Twitter users went nuclear on the commercial for making money off of important, real socio-political issues, and started a series of hilarious memes to punish Pepsi's ad agency for being so tone deaf.  "The Kendall Jenner Pepsi fiasco is a perfect example of what happens when there's no black people in the room when decisions are being made," tweeted Travon Free (@Travon).