Jeff Sessions is reviving the war on drugs, and it's going to hurt minorities 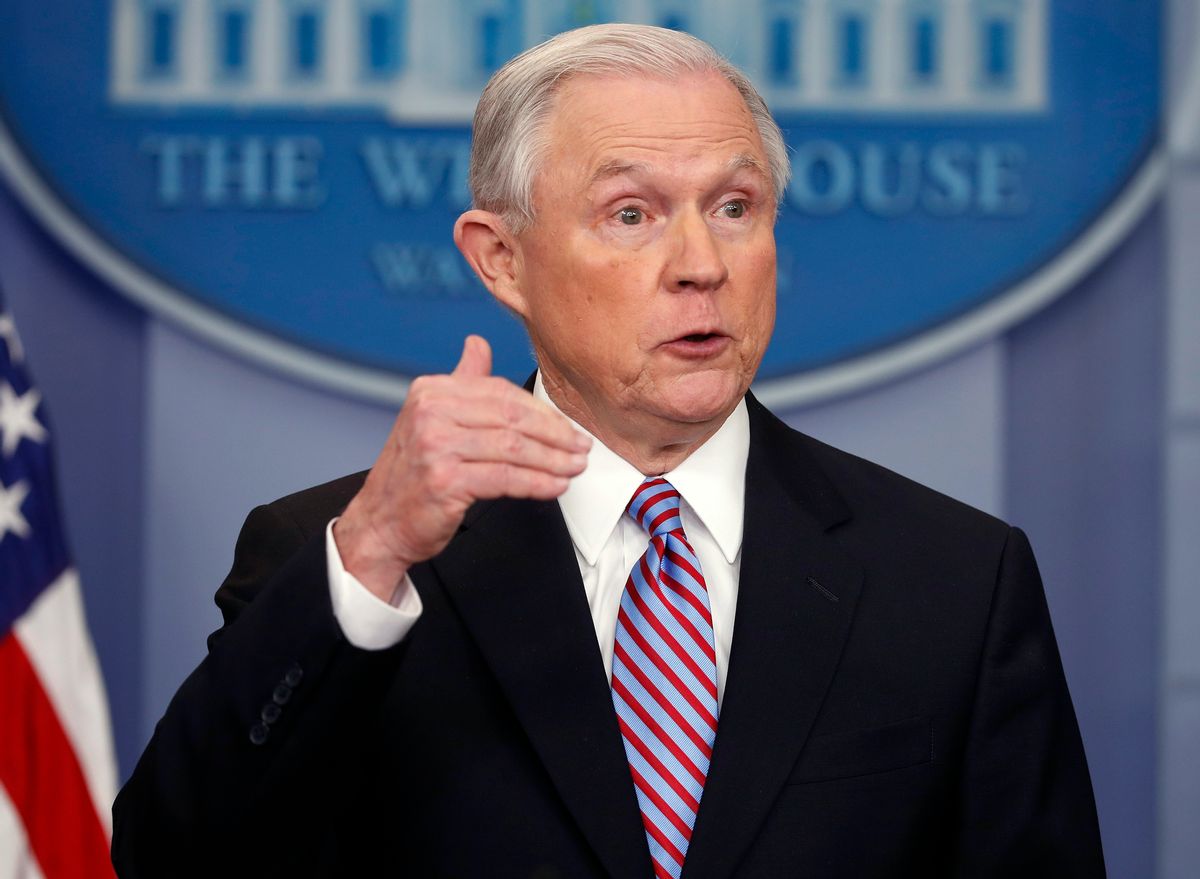 President Barack Obama may have taken steps to reverse the war on drugs, but it looks like Attorney General Jeff Sessions is going to roll back the clock.

Sessions and Steven H. Cook, a vehement supporter of the war on drugs who Sessions has appointed as one of his most influential lieutenants, are planning on undoing many of Obama's more progressive policies and ratcheting up the war on drugs, according to a report by The Washington Post. This includes increasing prosecutions on drug and gun cases, fighting for mandatory minimum sentences, and overall seeking to bring back the approach of federal anti-drug policies from the 1980s and 1990s.

These policies undo the premise of Obama's drug crime policies, which included a clemency initiative to release low-level drug offenders from prison early and limited the use of harsh mandatory sentences. These reforms were part of an effort to roll back what many viewed as the excesses of the war on drugs, which caused America's inmate population to increase from 500,000 in 1980 to 2.2 million in 2015 — one-quarter of the world's total prison population, and overwhelmingly African-American or Hispanic.

As Sessions told law enforcement officials during a speech at Richmond in March, "Our nation needs to say clearly once again that using drugs is bad. It will destroy your life."

Similarly, during a criminal justice panel held by The Washington Post in 2016, Cook said that "the federal criminal justice system simply is not broken. In fact, it’s working exactly as designed."

This isn't the first indication that Sessions is going to roll back the Obama administration's efforts at law enforcement reform. Last week Sessions announced that all prior agreements between the Justice Department and local law enforcement agencies would be under review. This is consistent with the philosophy Sessions propounded during his Richmond speech, namely that "when you fight crime you have to fight it where it is, and you may have at some point an impact of a racial nature that we hate to see. But if it’s done properly it’s the right thing."