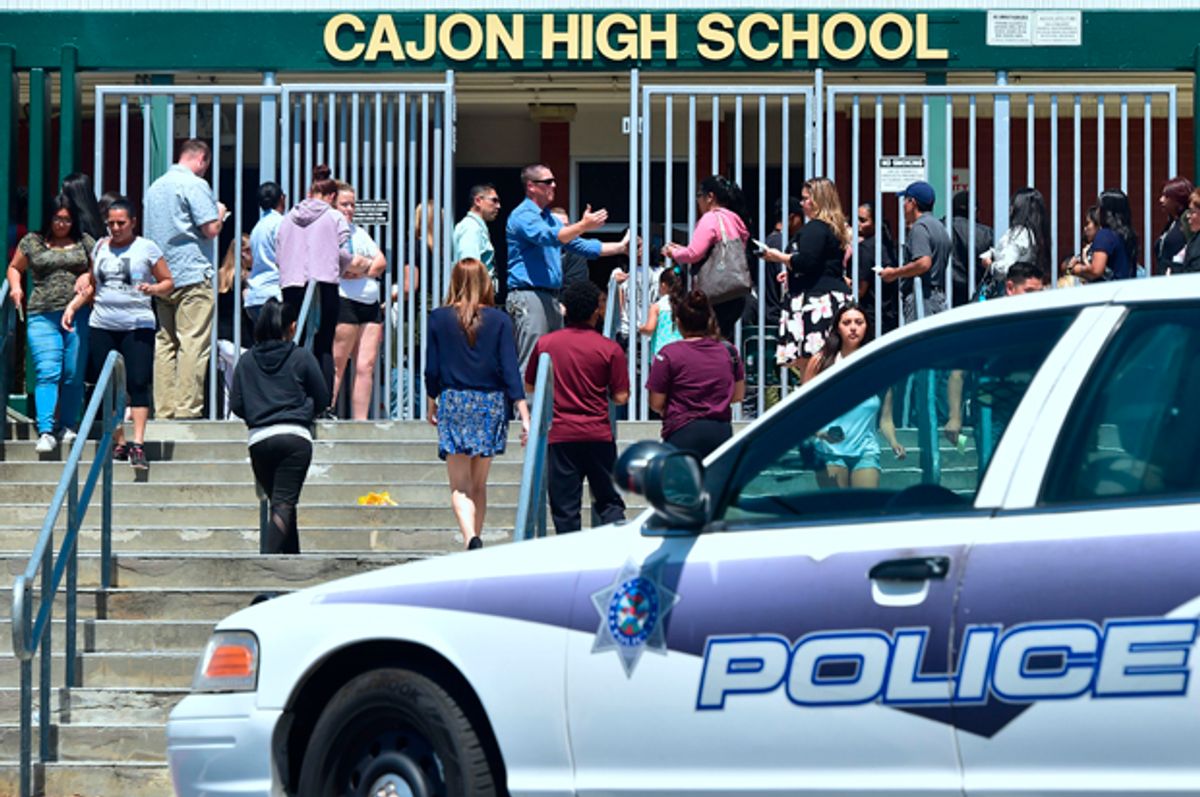 UPDATED 6:58 p.m. ET: The Los Angeles Times reports that, in addition to the teacher and shooter, an eight-year-old student has died during the shooting on Monday morning. Cedric Anderson, 53, opened fire on wife Karen Eliane Smith, a teacher at the school, around 1:30 p.m.

Two students standing behind Smith were also shot, according to the Times. Jonathan Martinez, 8, was airlifted to Loma Linda Medical Center, where he was pronounced dead hours later.

A shooting in a California elementary school left two dead and two injured on Monday in what is suspected to be a murder-suicide.

Two adults were killed and two children wounded at North Park Elementary School in San Bernardino, according to The Washington Post. At a news conference, the city’s police captain Ron Maass said one woman, a teacher, was killed inside a classroom, and a man died of a self-inflicted gunshot wound.

The two children, both students, are in critical condition. Maass said that the police do not suspect the students were the attacker’s main target.

“The suspect had come to the classroom to visit the adult female,” Maass said. “We think the two children were unfortunate recipients of injuries.”

San Bernardino Police Chief Jarrod Burguan first alerted the public to the attack on Twitter, calling it a possible “murder-suicide.” Shortly after, he tweeted: “We think the suspect is down and there’s no further threat.”

North Park Elementary School enrolls about 530 students, and the room where the shooting occurred held first- through third-graders. The school will be closed for two days.

This is the 12th school shooting this year and the second in less than a week. On Friday, a college student in St. Paul, Minnesota, was accidentally shot in a dorm room.

“As a mother and grandmother, today’s senseless violence is a tragedy no parent should ever have to face. I ask everyone to join me in keeping all the victims and those impacted in your prayers.”