“We can’t let them win”: Passover is more than a holiday — it’s a call to arms against oppression

My mother wanted to live long enough to host this year’s Seder. She knew it was more important this year than ever 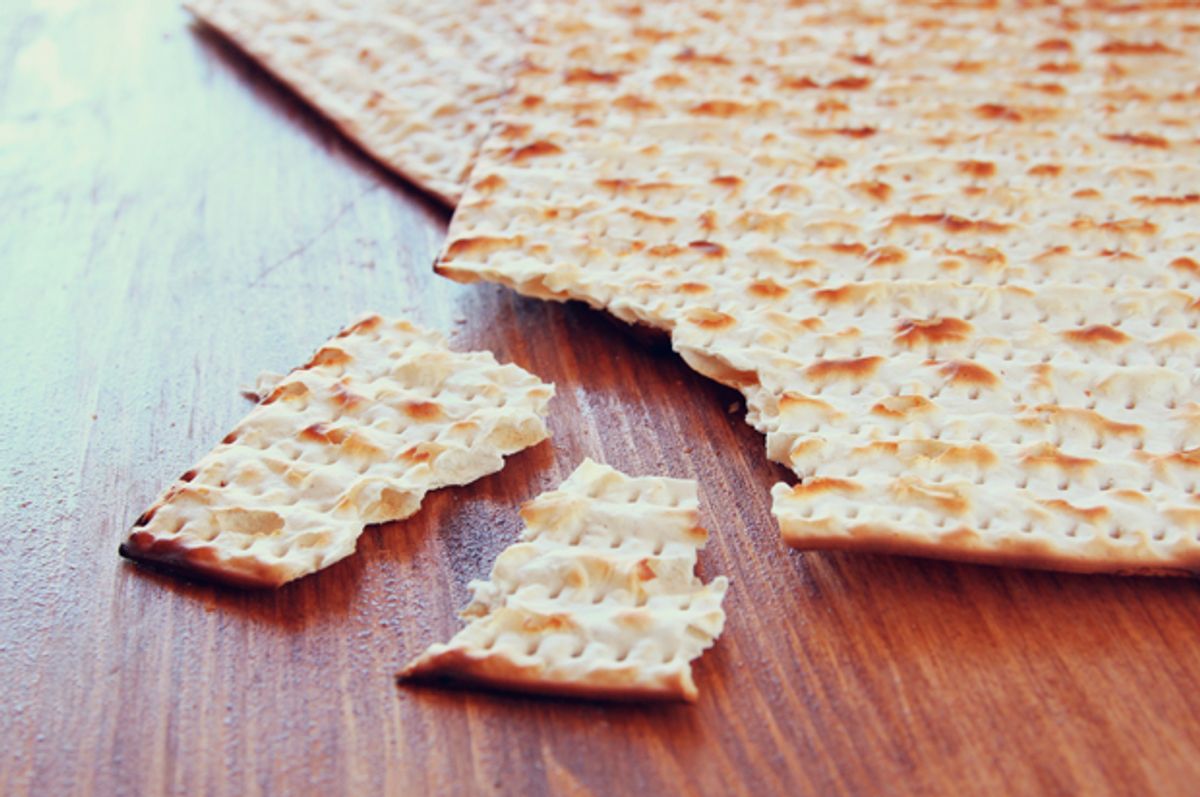 A few months before her death, I decided to start a new tradition, which included reading to my 75-year-old, bedridden mother. She chose the book "Rebecca," which she hadn’t read since high school, and every afternoon I cracked it open, regaling her with the story of Manderley. When she became too tired to listen, I would help her out of bed and we would go into the den, where I had set up the DVD player. I would hand my mother a bag of popcorn — she loved popcorn — and then we would watch another three or four episodes of "The Golden Girls," not a new tradition but one that I resurrected; when I was a boy, we used to disappear into her bedroom to watch it.

I will never forget the one afternoon during a lull between entertainments when she turned to me and asked if I was happy. It was the first time she had ever asked and it took me aback. I smiled and told her I was, although in all honesty I was miserable, as I had no idea how I was going to manage life without her. I didn’t ask her if she was happy but did ask if there was anything she wanted to get off her chest.

“Nothing in particular,” she said. It was hard to hear her over the monotonous drone of the oxygen’s compressor. “But I am thinking about having Passover here at the house. I hope you’ll be able to come. I know how busy you are. With everything that’s going on out there and with all the hate that man’s unleashed, it’s more important than ever that we all get together — don’t you think?”

Again I was taken aback. Without hesitation I told her nothing would keep me from it. Then I excused myself to go to the bathroom and cried. That she was planning to host the Seder was bittersweet if ill-conceived because it was fairly obvious that she wasn’t going to see April, and there it was only July. But that was my mother. Throughout her illness, she had continued to plot a future that would never come — just as I had tried to picture a future without her in it. But like her, I, too, was banking on a Passover miracle and imagined returning to Texas from New York, where I was living, to find that she had made a full recovery. I imagined her whipping up a lavish meal, replete with homemade gefilte fish. There would be the Seder plate with its six components, each a reminder of the Passover story.

On the drive back to my hotel, I thought about how, even if she did make it to April, it would probably be her last Passover. Then I pushed aside the thought and focused on what else I could do to make her last few weeks or months as pleasant as possible. But the question of Passover kept nagging me, especially because she was right about it.

The funny thing is, my mother had never taken much of an interest in any of the Jewish holidays. But there she was, fairly obsessed with Passover, as if it had been precious to her all along, which was news to me.

In late July she took a turn for the worse. Even so, she held steady to the idea of hosting the Seder.

“I wonder if we shouldn’t buy a bigger dining-room table,” she said once. “What do you think?”

I didn’t know what to think. My mother was convinced that she was improving, although all signs pointed to the contrary. Still, I played along and suggested we make a list of people to invite and then see where we were.

We wrote up a list then and there. “I think we have enough chairs and with the leaves we should be fine,” I said. “No need for a new table.”

She smiled and shut her eyes, falling instantly back to sleep.

After spending three months in Texas, I left for New York in early August. I didn’t want to go but I had my own life to tend to. I knew that without me she would never go on reading "Rebecca" or watching "The Golden Girls," although I urged her to try.

“It’s just no fun without you, though,” she inevitably said.

I called her in the afternoons to see how she was doing. Most times she sounded sad and depressed. But one afternoon I called to find her in better spirits, which buoyed me. Had that Passover miracle arrived early? She told me she was breathing easier and that she hadn’t been sleeping as much.

“David, I have an important question to ask you,” she said. “What are you doing for Passover?”

Again I played along, although my heart was breaking, and told her that I would be there with bells on.

She died a few days later, which in some way was a blessing, not just because she was no longer suffering but also because she would never have to open The New York Times website and see the column devoted to hate crimes called “This Week in Hate.” She would never have to be witness to the rise of fascism in a country that took in her parents when they fled Vienna from the Nazis.

With Passover approaching, I have been thinking a lot about that last conversation of ours. I will be there, Mom. I will be at the Seder this year, and I will be thinking of you because I see now what you saw, and how right you were. Passover is more than just a holiday. It’s a call to arms. I have realized and maybe you did, too, even before the election laid bare the fight we would face, that above all else Passover is the story of a successful uprising against tyranny. It is a story dripping with hope, one that inherently looks to the future — a story we need this year in America more than ever.

As a people, we Jews have historically led the resistance against intolerance and persecution, from championing the civil rights movement to standing up against authoritarianism in all its guises. We have always sought a better world, not only for ourselves but also our children. This Passover we must come together, urgently, to sit among friends and family and listen to the unprecedented story of a profound resistance. We must remember that we have faced dark times before — in Egypt, in Spain, in Auschwitz — and that we have outlasted them. We will outlast these dark, turbulent times as well, not just because we continue to stand on the right side of history, but also because, as targets of hate and survivors of it, we know exactly what’s at stake if we fail.

David Samuel Levinson is the author of the novel "Antonia Lively Breaks the Silence" and the story collection "Most of Us Are Here Against Our Will." His new novel, "Tell Me How This Ends Well," is out now from Hogarth. He has been nominated for the Pushcart Prize and has received fellowships from Yaddo, the Jentel Foundation, Ledig House, the Santa Fe Arts Institute, the Sewanee Writers’ Conference and the Marguerite and Lamar Smith Fellowship for Writers.