When the nuclear apocalypse happens, point to Donald Trump putting nukes in South Korea as a key moment 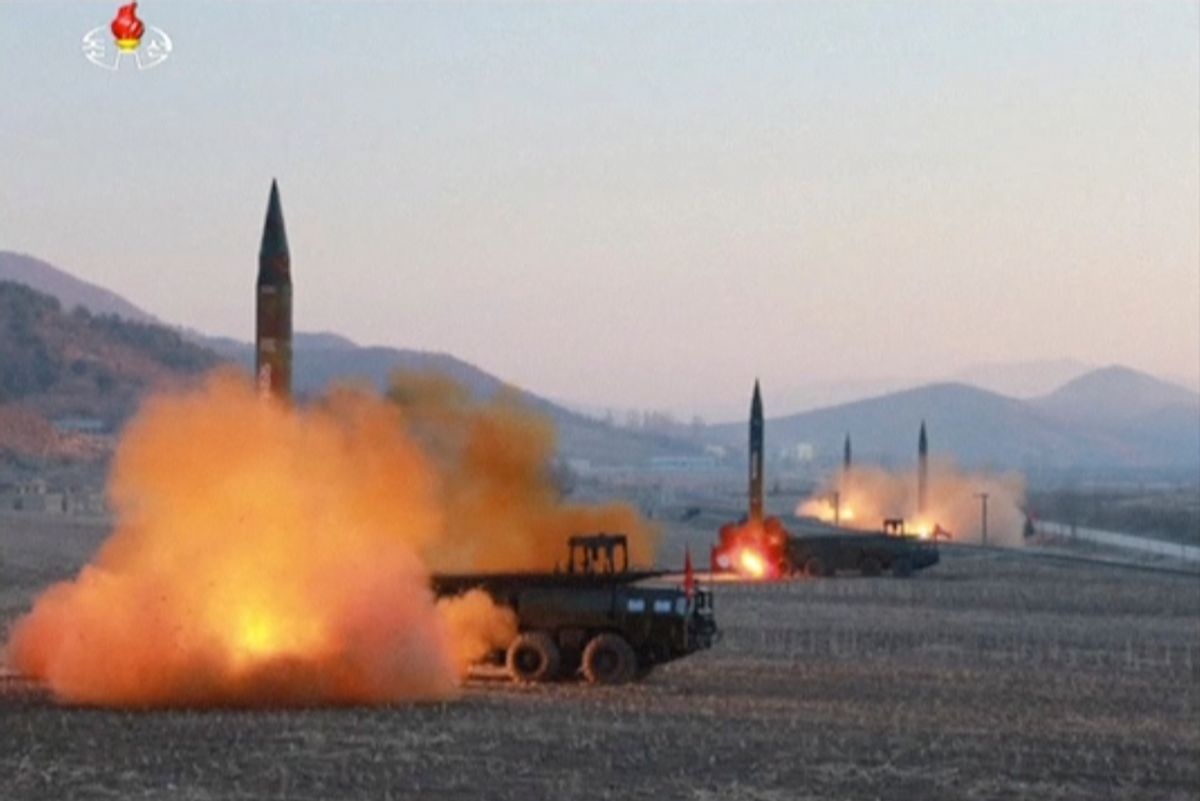 North Korea's foreign policy may be a relic of its regime's post-Cold War desire for survival, but that doesn't mean President Donald Trump is going to follow the same foreign policy path as his predecessors in dealing with the rogue state.

National security adviser H. R. McMaster told "Fox News Sunday" on Sunday that "the president has asked to be prepared to give him a full range of options to remove that threat to the American people and to our allies and partners in the region." McMaster added that, during Trump's weekend summit with Chinese President Xi Jinping, that both world leaders were concerned about North Korea's rise as a nuclear power and that "President Xi and President Trump agreed that that is unacceptable, that what must happen is the denuclearization of the Korean Peninsula."

In order to denuclearize, Trump and the National Security Council are considering putting American nuclear weapons in South Korea, according to a report by NBC News. A plan to assassinate Kim Jong-un is also on the table.

North Korea, for its part, is now justifying its nuclear program by citing Trump's strikes against Syria.

"Some forces are loud-mouthed that the recent U.S. military attack on Syria is an action of warning us but we are not frightened by it," said a North Korean Foreign Ministry official. He added, "We will bolster up in every way our capability for self-defense to cope with the U.S. evermore reckless moves for a war and defend ourselves with our own force."