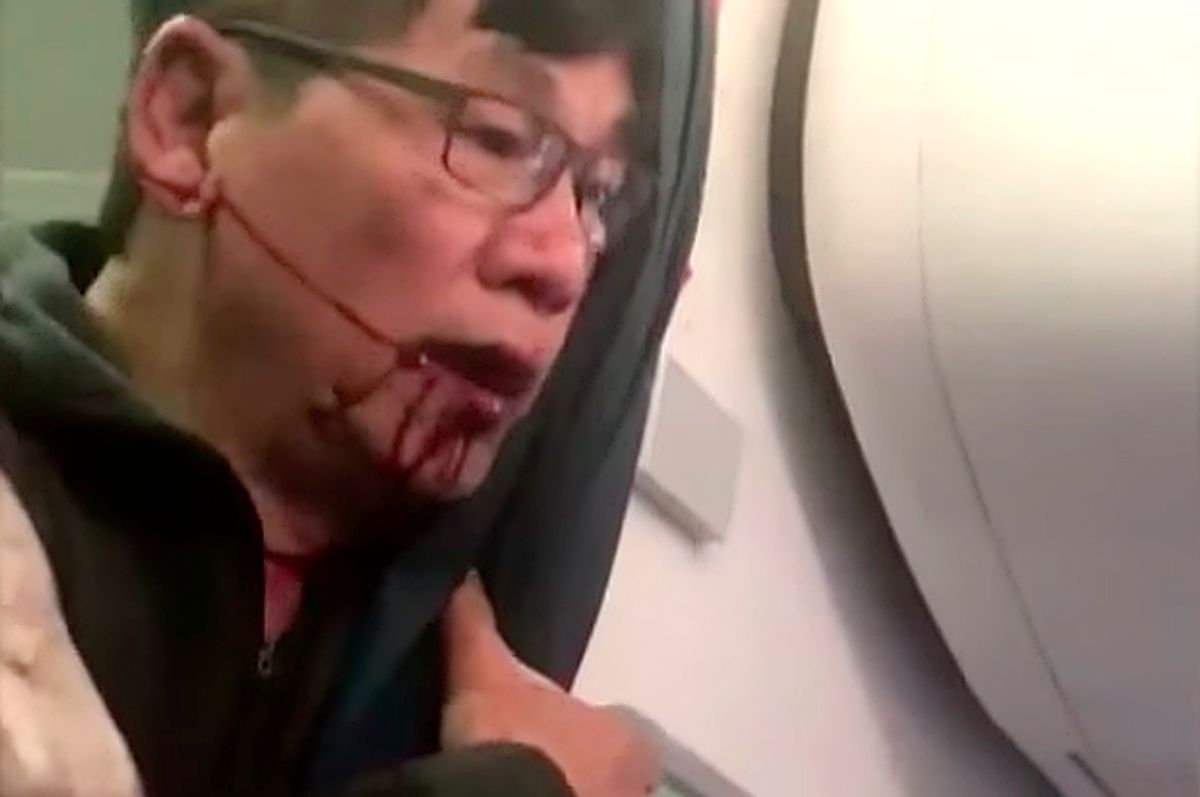 A Kentucky newspaper does not yet regret publishing an article on Tuesday detailing the "troubled past" of David Dao, the doctor yanked off a Louisville-bound United Airlines flight Sunday evening.

The Courier-Journal decided to focus its attention on the victim in the story, who was bloodied as he was violently ejected from his seat. Reporter Morgan Watkins divulged details from his past that left many criticizing the newspaper for needlessly victim-blaming and returning to the familiar trope of investigating the background of a person victimized by police brutality, not the authorities who use excessive force.

"Passenger removed from United flight, a doctor with troubled past," the Courier-Journal's initial headline read. Watkins went on to write, "Dao, an Elizabethtown doctor, is familiar to many Kentuckians who recall his convictions on drug-related offenses in 2004."

Other critics found it bizarre that the paper would write essentially a "hit piece" on the man pulled off the plane, a move that may have been illegal on the part of the airline, according to an attorney.

The New Republic's Graham Vyse spoke with the Courier-Journal's executive editor, Joel Christopher, about the decision to run the story. Christopher told TNR that Dao was a familiar name in the area "because of his previous convictions."

“There’s been previous coverage of the guy,” Christopher said, defending his paper's decision. “That’s how people in the newsroom knew who he was. It was a fairly high-profile case. It was a case that stuck in people’s minds because it was high-profile.”

Christopher then blamed most of the criticism the article has received on the media's “need to make sure they’re commenting on it with full context and perspective.”

“I think there are a lot of people who are being stoked by the social media mob mentality,” Christopher told TNR. “It’s easy to get outraged. It’s a little bit harder to do some homework on the topic before you tweet out an opinion.”