Our future appears set for a classic apocalyptic blockbuster 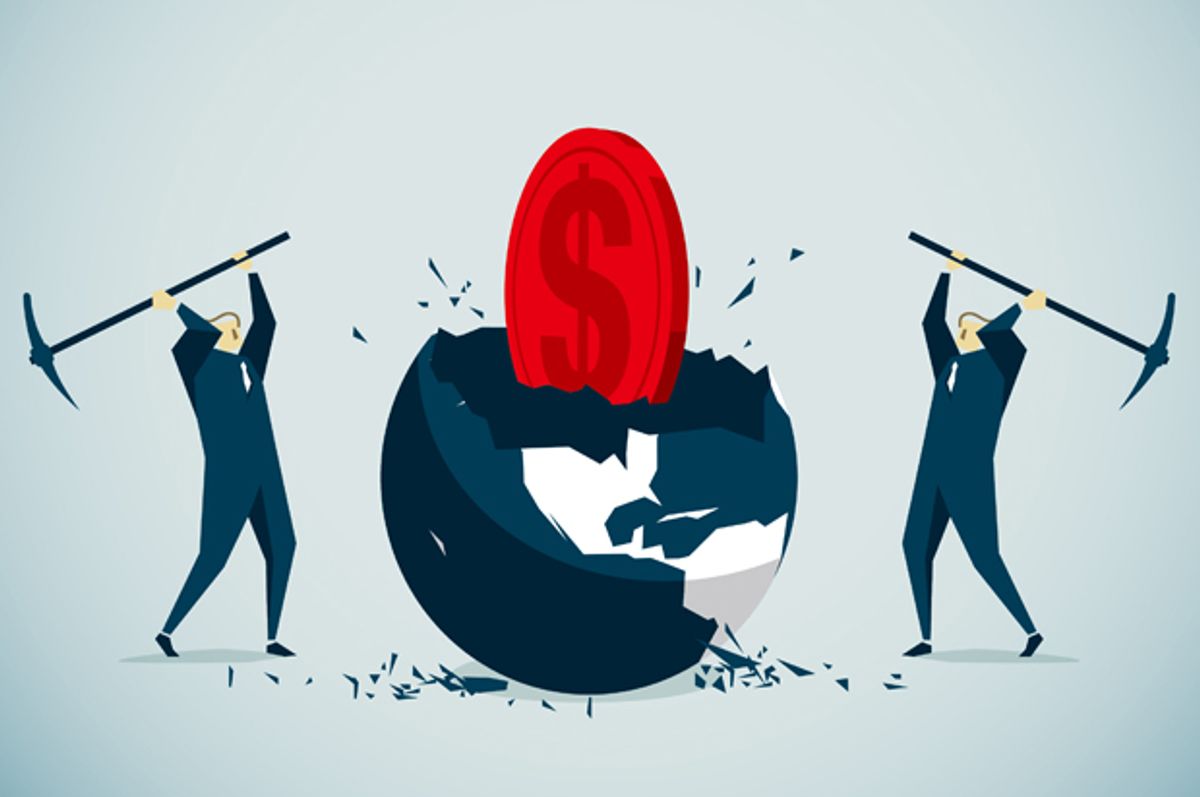 It is impossible to predict the future. What we can do is extrapolate a vision from our current body of scientific knowledge, mixed with a bit of good old-fashioned imagination. The result is a sort of trailer, which offers us a glimpse of what may be in store.

At the moment, our future appears set for a classic apocalypse blockbuster. Thanks to a new mathematical formula that charts the rate of humanity’s environmental impact, we may even have a rough idea of when to expect it at the cinema (and for that matter, everywhere else on the globe).

Named the Anthropocene equation, the formula was created by Will Steffen, a climate research professor at the Australian National University, and Owen Gaffney, a science journalist and communications consultant at the sustainability research firm Future Earth. According to their formula, recently published in The Anthropocene Review, human activity is altering the environment 170 times faster than under normal circumstances.

What do the authors mean by normal circumstances? Up until the Anthropocene age — our current geological age, during which human activity has exerted a dominant influence on the planetary ecosystem — Earth’s environment was shaped by three main determinants: astronomical forces (A), which affect insolation and mostly relate to the “gravitational effects of the sun and other planets;" geophysical forces (G), which include “volcanic activity, weathering and tectonic movement;" and internal dynamics (I), which pertain to the natural course of biological activity taking place on the planet.

But within the last century, the authors argue, these forces have largely paled in comparison to the overwhelming effects of human activity (H). Given this fact, Steffen and Gaffney were able to model their equation, which essentially suggests that due to massive population growth, consumption and technology, the (H) factor has become the sole force shaping the trajectory of Earth’s environmental system. The authors demonstrated this point using the rate of global temperature change over the past 7,000 years.

Until 45 years ago, this figure has decreased at 0.02°F per century. However, since our current age of industrialization, that rate has drastically reversed, with the figure now reflecting an increase of 3.1°F per century, which translates to a rate 170 times higher than the 7,000-year average.

This figure, Gaffney explained to New Scientist, reflects the fact that “far from living on a deeply resilient planet, we live on a planet with hair triggers.” The problem is that we have been “lulled into a false sense of security by the deceptive stability of the Holocene” — the previous geological era that spanned the last 11,700 years.

“Remarkably and accidentally,” Gaffney continued, “we have ejected the Earth system from the interglacial envelope and are heading into uncharted waters.”

Humanity has reached a tipping point. How our leaders decide to act now and in the next decade will drastically determine what direction our future takes. The authors themselves described their study as “an unequivocal statement of the risks industrialised societies are taking at a time when action is vital.”

If no drastic changes takes place, it could “trigger societal collapse.”

We face two very distinct possible realities. In one future, thanks to the greed of a small handful of global elites, humans will become extinct. How might we react to such an outcome? According to a recent psychology study by the University of Buffalo, the answer is — peacefully. Reported on iflscience.com, the study created its observational conditions by using the open world of a multiplayer online role-playing game called ArcheAge. A separate server was created for the study and all 270 million participants were told that in around 11 weeks, all their progress made in the game would be deleted. As the deadline approached, rather than grow more violent or greedy, players actually tended to become less aggressive and more cooperative.

Taken with a large pinch of salt, the study highlights an altruistic streak in human nature. But why wait until it’s too late to demonstrate it?

Enter the second possible future, forged through global unity, instead of division. It’s difficult to picture what form such unity should take, which makes it a challenge. What we do know, as the New Scientist article points out, is that instead of our current “dominant neoliberal economic systems [which] still assume Holocene-like boundary conditions,” what we need is “a ‘biosphere positive’ Anthropocene economics.”

Yuval Noah Harari is a historian and author of the book "Sapiens", which provides a sprawling and incisive historical account of our species. His new book, "Homo Deus," offers a similar expansive view of our future. In a recent TED Dialogue, Harari explored the need for a change in both our political and our economic thinking.

“The old 20th-century political model of left versus right is now largely irrelevant,” Harari said. “The real divide today is between global and national, global or local.” He noted that we now have a global ecology and economy, but a national politics, which makes our “current political system ineffective, because it has no control over the forces that shape our life.”

Like our two possible futures, Harari believes human society has two possible solutions: “Either de-globalize the economy and turn it back into a national economy, or globalize the political system.” The latter suggestion might sound a bit unrealistic at the present moment, but if humanity wants to avoid near-certain doom, it is probably the direction we will need to take.

Fortunately, in Harari’s view, humanity still looks like it could be on track for a happy ending. “I am an optimist,” he said. “I think the human race will rise to meet these challenges.”

An earlier version of this story misstated the figures used to calculate the shift in global temperature change per century. These numbers have since been amended to reflect the actual figures.