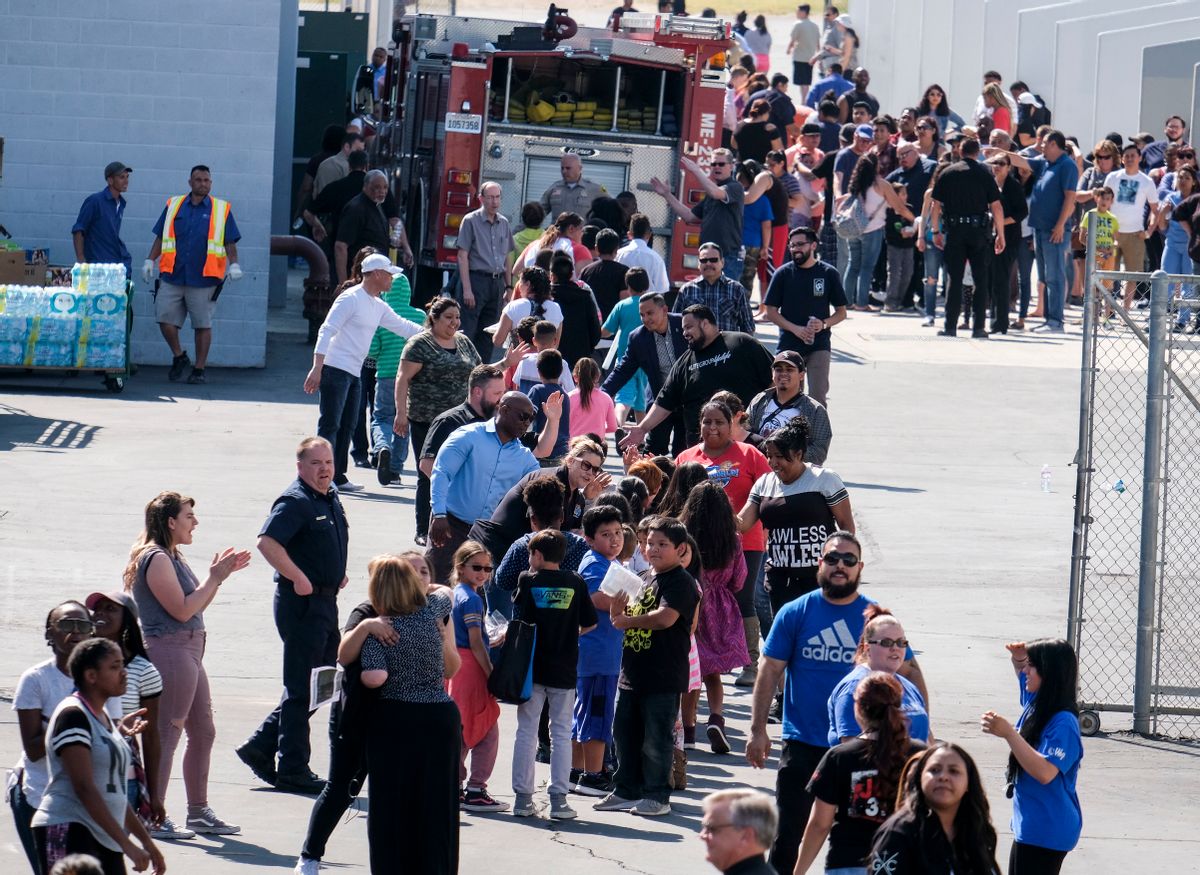 President Donald Trump, as well as his politically ambitious son, are staunch opponents of gun regulations — which may explain the president's silence in the wake of the San Bernardino school shooting on Monday.

Cedric Anderson, the 53-year-old estranged husband of teacher Karen Elaine Smith, shot and killed both his wife and an 8-year-old student named Jonathan Martinez at North Park Elementary School in San Bernardino, California, according to The Washington Post. Another 9-year-old child is at stable condition at a hospital, although the child's name has so far been withheld. Anderson later turned the gun on himself and committed suicide.

Anderson also had a criminal history, including charges of brandishing a weapon, assault and crimes against public peace, although those charged were subsequently "dismissed or not prosecuted." There had also been two petitions for temporary restraining orders filed against him in the past.

While Secretary of Education Betsy DeVos offered a boilerplate expression of condolences in the aftermath of the shooting, the president has said nothing. Even if his famous Twitter account has focused on other subjects.

"The common thread linking the major Islamic terrorist attacks that have recently occurred on our soil – 9/11, the Ft. Hood shooting, the Boston Bombing, the San Bernardino attack, the Orlando attack – is that they have involved immigrants or the children of immigrants," Trump told Americans in a major speech on Islamic terrorism last August.