The annual Easter Egg Roll is seen as microcosm of how the White House works — or, in Trump's case, doesn't work 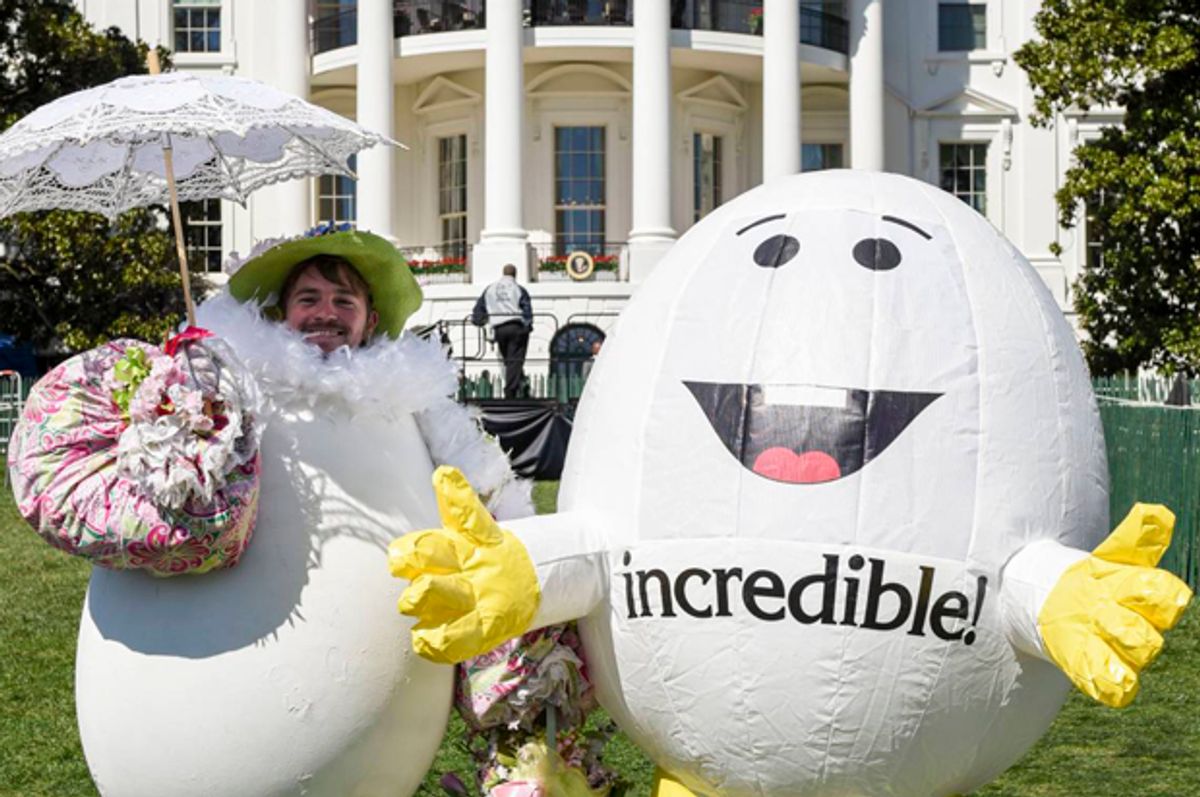 Easter Sunday is just days away, but apparently, President Donald Trump is worlds behind in the planning for the annual White House Easter Egg Roll.

The Sunday tradition is 138 years old, and as Melinda Bates, the Easter event organizer behind President Bill Clinton's eight times as host, told The New York Times, “It’s the single most high-profile event that takes place at the White House each year, and the White House and the first lady are judged on how well they put it on." From her perspective, the outcome of the event is an indication of the administration's inner workings.

Obviously, to Donald Trump's White House, this is a disaster in the making

Warnings and finger-nudges to get the White House moving are coming in from many of the working parts of the annual event. The supplier of the wooden eggs that are a party favor staple, sent a tweet out in February tagging the first family with a message: "Please reach out!"

Stephanie Grisham, Melania Trump’s communications director, told the Times, “Plans for the Easter Egg Roll are well underway, and the White House looks forward to hosting it.” But public schools in the Washington area have heard nothing from the White House, even though they are typically allocated up 4,000 tickets for children.

What about military families, which used to account for 3,000 tickets?

“Unfortunately, the Trump administration has not reached out about it," Ashley Broadway-Mack, the president of the American Military Partner Association told the Times. Congress members have also not been contacted about tickets for their constituents.

PBS Kids, which provides the costumes for the event, was also late to know of the White House's plans. Because of the tardy requests, they will only be providing one "Sesame Street" character this year.

The delayed process of such a magnanimous event, means the outcome is likely to be smaller in scale. "The evidence points to a quickly thrown-together affair that people close to the planning said would probably draw about 20,000 people — substantially smaller than last year’s Easter Egg Roll, which drew 37,000 — and be staffed by 200 volunteers, one-fifth of the usual number," writes The New York Times.

The White House has also ordered half the amount of Easter eggs as President Barack Obama's White House did in 2016 "due to the limited manufacturing window for this year’s Easter Egg Roll,” White House official retailer Lara Kline told the Times.

Much of the discrepancy in this years slow planning seems to fall on the absence of the First Lady in Washington. Mrs. Trump, who lives in New York, has not enacted a full-staff for the East Wing, and such members have typically been responsible for leading the Easter festivities.

"She named a chief of staff and social secretary in early February but has yet to announce a director for the Visitors Office, normally the crucial player in the daunting execution of the event," the Times reported.

The vacant positions are cause for concern, according to Bates. “I’m really concerned for the Trump people. This thing is all hands on deck.”