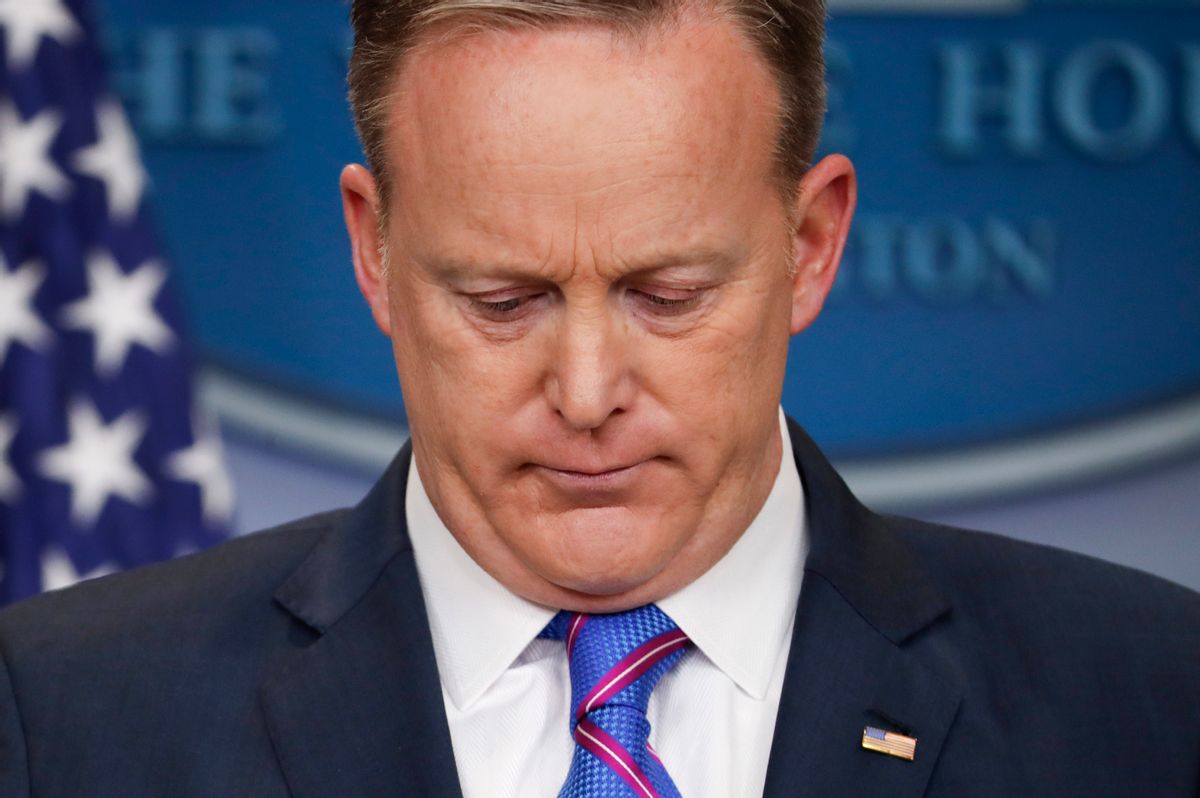 In a press conference Tuesday, the White House spokesperson claimed that Hitler “didn’t even sink to using chemical weapons” in an attempt to justify the U.S. retaliation against Syrian President Bashar al-Assad for chemical attacks. Then, in an effort, to defend his statements, Spicer called concentration camps "Holocaust centers." On cue, Twitter had some words for him.

Others commented with satire, perhaps a laugh to keep from crying moment.

While others couldn't get past the "Holocaust centers" categorization.

As a rule of thumb:

And in an attempt to reach for anything positive in the situation, one Twitter user reminds us that no matter how bad a day you're having, Sean Spicer's is much, much worse.