Jimmy Kimmel: We're stuck with these airlines because "our only other choice is the bus"

The host of "Jimmy Kimmel Live" can't decide what was worse: the passenger's removal or United's response 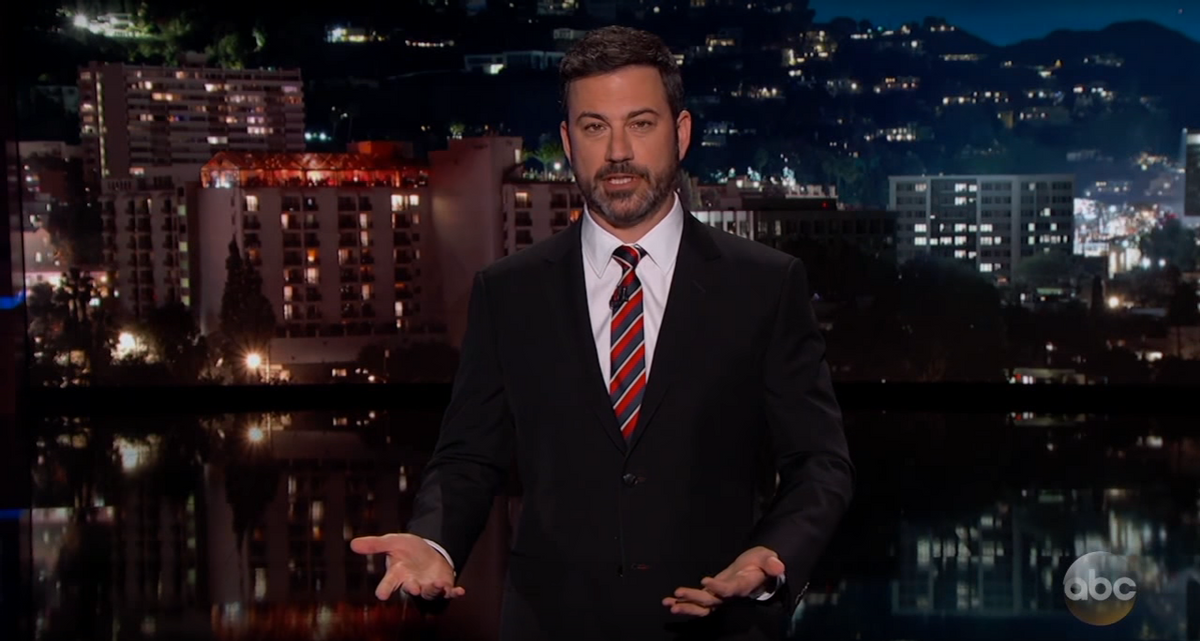 Everyone from everywhere took a shot at United Airlines for the seemingly unnecessary and somewhat violent removal of a passenger.

Jimmy Kimmel was just surprised to have a full in-studio audience on Monday because he assumed some vacationers would have missed their flights after their airlines violently yanked them off the plane.

To start the show, "Jimmy Kimmel Live" showed viewers the uncomfortable clip of a screaming man being carried off the plane against his will.

"That's how my mother used to get me out of bed to get me to school every morning," the late night host joked.

Kimmel thought that United Airlines' response to the obvious tort may have been worse than the incident itself.

"That is such sanitized, say nothing, take no responsibility, corporate B.S. speak," Kimmel continued. "I don't know how the guy who sent that tweet didn't vomit when he sent that out."

Despite all the schadenfreude that took place at the expense of United Airlines on Monday, Kimmel guessed that the airline would not take that big of a hit for the horrible gaffe.

"The next time we book a flight, it doesn't matter if it is United or Delta or American, if one of those flights is a dollar less than the other one, that's the one we'll pick," Kimmel said. "They know this. That's why we are stuck with them: Our only other choice is the bus."