United Airlines' costly mistake: Dragging a passenger off an oversold flight is causing the company's value to crash

United Airlines delivers some terrible damage control, as the market is not taking it kindly 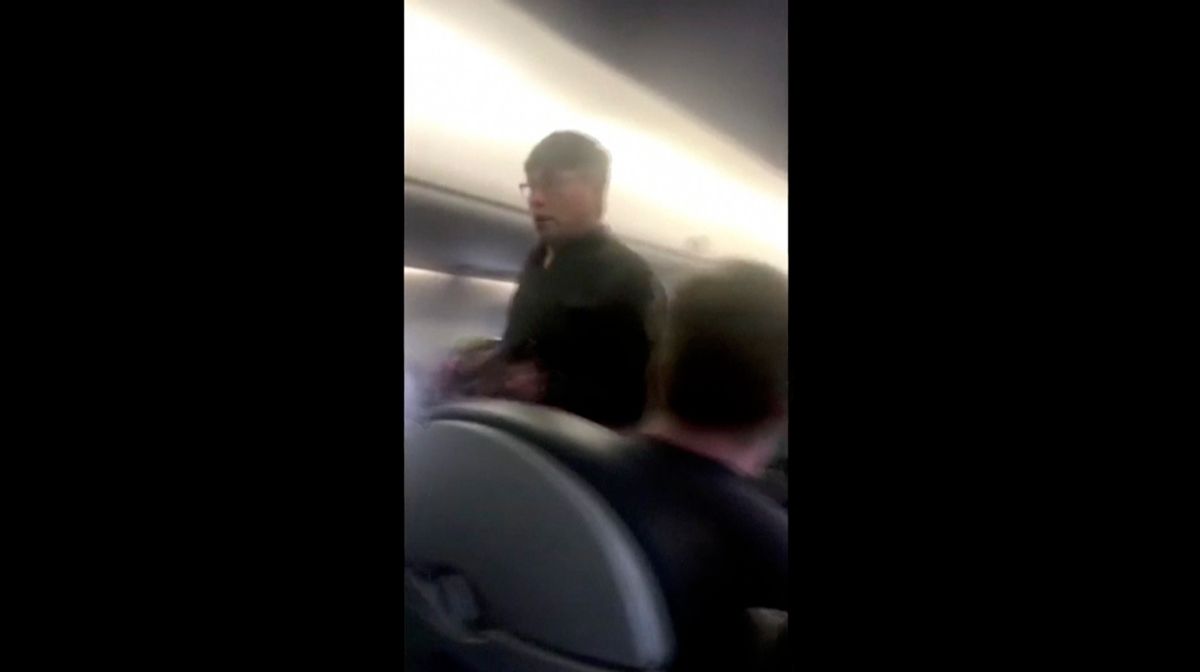 Despite facing a whirlwind of controversy after footage emerged on Monday of United Airlines violently forcing a paying passenger off of its plane to make room for several of its crew members, the company isn't backing down from its position — trying instead to blame the victim of the attack.

United Airlines CEO Oscar Munoz described the unidentified passenger, who could be seen nonviolently insisting that he stay on the plane to go to work before being forcibly dragged out and bloodied, as "disruptive and belligerent" in a letter sent to his employees on Monday.

He added, "This situation was unfortunately compounded when one of the passengers we politely asked to deplane refused and it became necessary to contact Chicago Aviation Security Officers to help. While I deeply regret this situation arose, I also emphatically stand behind all of you, and I want to commend you for continuing to go above and beyond to ensure we fly right."

Eyewitness accounts said that United Airlines overbooked its Chicago-to-Louisville, Ky., flight, and then began asking passengers to take a later flight, offering first $400 and then later $800 for them to do so. When no one accepted the offer, the airline said it would use a computer to randomly select four passengers to be evicted. After the unnamed passenger was chosen, he protested that he needed to catch this flight because he was a doctor and had to see patients in the morning. Following his forcible eviction, the passenger ran back into the airplane and continued insisting that he needed to go home.

The incident has been a public relations nightmare for United Airlines. Twitter users have called for boycotts, created jokes ridiculing the company's poor logic in justifying their actions, and turned Munoz's oddly worded description of the incident — namely, that he had to "re-accommodate" the evicted passengers — into a punchline.

In the aftermath of this debacle, United Airline's stock dropped by as much as 6.3 percent before paring the loss and was trading at 2.7 percent lower in New York City as of Tuesday morning.

@United overbook #flight3411 and decided to force random passengers off the plane. Here's how they did it: pic.twitter.com/QfefM8X2cW