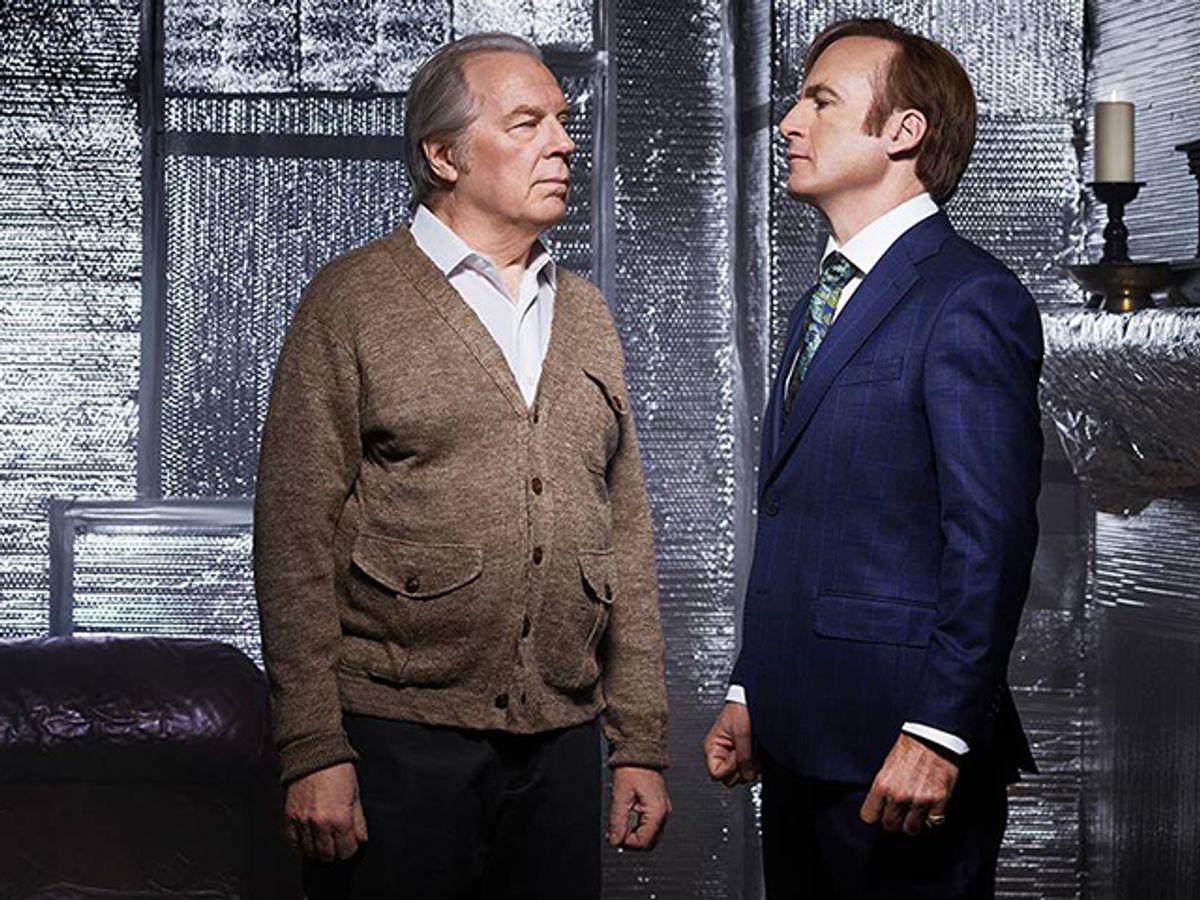 McKean, who plays Chuck, stopped by Salon to discuss the nuances of his character, particularly his fractious relationship with younger brother Jimmy. In season three, the pair continue to try to sabotage each other. McKean says that in spite of the subversive ways Chuck goes about undermining his brother — who has had many nefarious dealings with the law, and lived under multiple names in his life (and we will meet Jimmy's future persona, Saul Goodman, this season), Chuck is right to handle things the way he does. "It's not coming from a good place, but he's correct," says McKean.

When the show picks up, Chuck is in possession of a recorded confession Jimmy made. Last season, we were left with a cliffhanger when in response to Jimmy lambasting Chuck's reputation, Chuck betrayed Jimmy by secretly recording his felony confession.

I asked McKean what was behind their differences. "I think this is a classic case of 'mom liked you best,'" he said. "Here's the dichotomy: I made mama proud, Jimmy made her laugh."

"Of course, the other end of it is, 'what do you mean you're a lawyer? I'm the lawyer in this family. You're not even a legit lawyer!'" said McKean of Chuck's perspective. "I know why Jimmy is likable, but [Chuck doesn't] think that's enough in this world."

"He's a brilliant lawyer, a brilliant man," McKean added. "He managed to help life torpedo him, and he's his own worst enemy."