Ivanka’s fall from grace: Only 21 percent of young women approve of the First Daughter 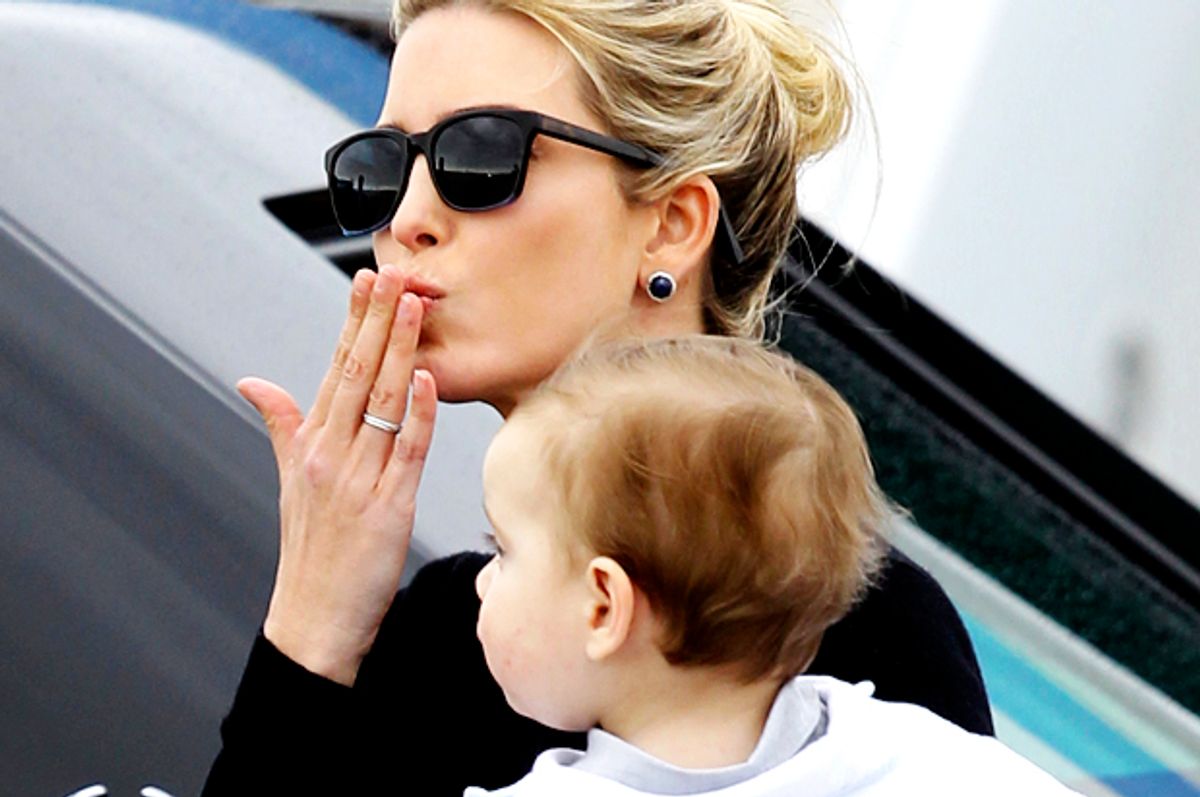 Ivanka Trump fell from grace at record speed. While her father was on the campaign trail calling Mexicans “rapists,” leading “Lock Her Up” chants and doing damage control for grabbing women “by the pussy,” Ivanka pretended to be the beacon of hope Americans desperately needed.

Ivanka is President Donald Trump’s daughter, but she can’t be as bad as him, can she? The answer is emphatically yes — and now Americans are catching on. A recent SurveyMonkey poll found that the First Daughter’s approval rating among young women is a measly 21 percent.

Only 39 percent of Americans overall view Ivanka favorably, while 37 percent view her unfavorably. However, she only resonates with 21 percent of women aged 18 to 34, while the majority — 52 percent — dislike her.

Ivanka’s overall approval rating matches that of the First Lady and the president himself. The same survey found Melania Trump’s approval rating to be 39 percent, with an unfavorability rating of 33 percent. Thirty-nine percent of respondents approve of President Trump, while 59 percent disapprove.

Trump’s favorite child has had a rough couple of weeks. She apparently encouraged her father to attack Syria, according to her brother Eric Trump, and has been called out repeatedly for encouraging nepotism in Washington.

She’s been playing the role of a women’s rights advocate for months — even making a campaign ad championing her father’s maternity leave policies — and reached out to Planned Parenthood shortly after the inauguration. But Cecile Richards, the president of Planned Parenthood, was having none of Ivanka’s gold-covered garbage.

Richards called out Ivanka, “one of the highest-ranking women” in America, for staying suspiciously quiet when it comes to Trump’s actions.

“Anyone who works in this White House is responsible for addressing why women are in the crosshairs of basically every single policy that we’ve seen out of this administration.”

But don’t worry, folks. Ivanka may be silent in public, but she apparently has no issue disagreeing with her dad behind closed doors. “When I disagree with my father, he knows it,” she said in an interview with CBS. “And I express myself with total candor.”

Thanks, Ivanka! Having a spine in private does the American public a lot of good.