Susan Rice was in the right, and Devin Nunes was oh so wrong: Report 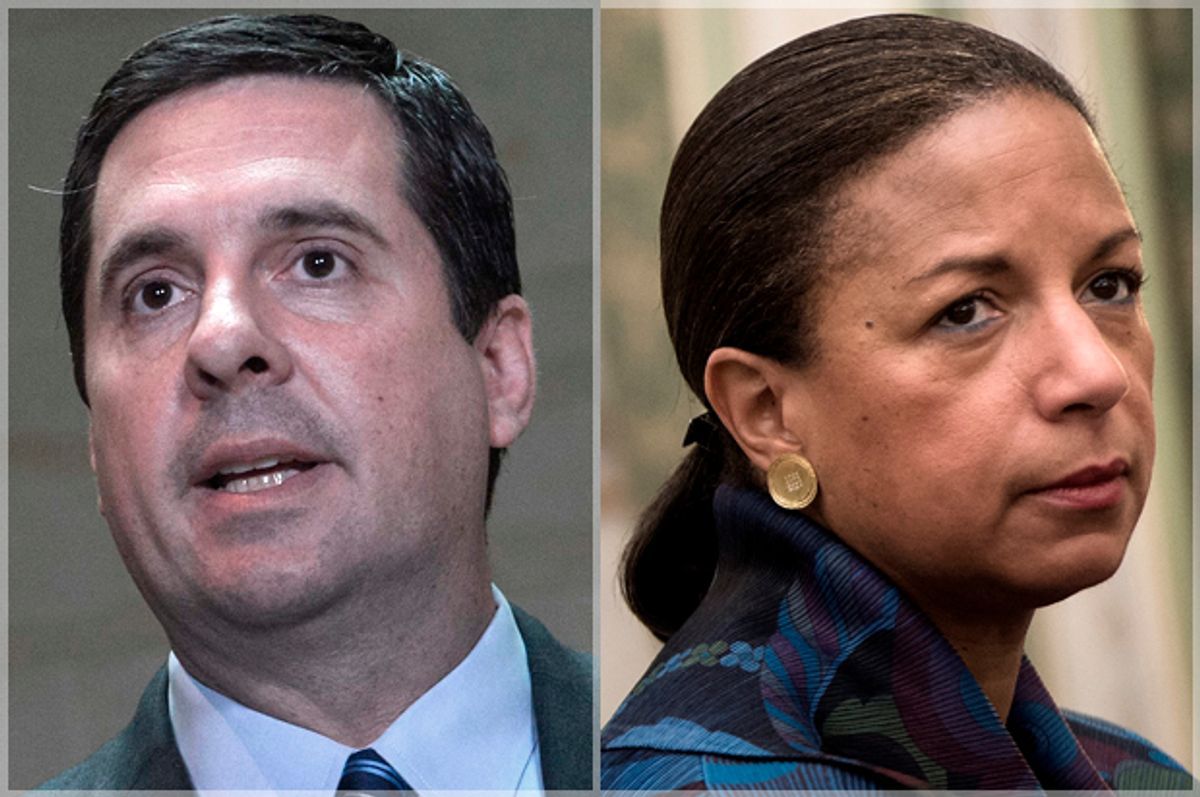 Former national security adviser Susan Rice did nothing unusual or illegal when she requested information about the identities of U.S. individuals mentioned in routine intelligence reports targeting foreign nationals and officials, but that doesn't mean that President Donald Trump will stop talking about it.

"When you look at Susan Rice and what's going on," he told Fox Business Network's Maria Bartiromo. "And so many people are coming up to me and saying, 'You know, you were right when you said that.'"

Trump didn't specify who, exactly, constituted the "so many people" who came up to him.

"Perhaps I didn't know how right I was," Trump said, "because nobody knew the extent of it."

Trump once again said that he was wiretapped — "in quotes" — as Bartiromo failed to challenge his assertion with facts.

But Republican and Democratic lawmakers and aides tasked with investigating Trump’s claim found that President Barack Obama had not violated the law, did not wiretap him and didn't do anything wrong, CNN reported on Tuesday evening.

Rice’s behavior was called "normal and appropriate" for her position, an anonymous congressional source told the news network. Another flatly rejected the notion that classified National Security Agency documents show evidence of wrongdoing and went as far as to challenge the White House to declassify them so members of the public could see there was nothing out of the ordinary.

The comments undermine claims by House Intelligence Committee Chairman Devin Nunes, R-Calif., who last month alleged that these documents prove that Trump’s team had been under surveillance by the Obama administration.

Nunes is being investigated by the House Committee on Ethics to determine if he improperly disclosed classified information. He was prompted to recuse himself from the House Intelligence Committee's investigation of Russian ties to the Trump campaign following his clumsy handling of classified information in an attempt to back Trump’s spying claims.