"There's no comparing atrocities": Sean Spicer apologizes for "letting the president down" with his bogus Hitler analogy

Sean Spicer has been trying to talk about Trump's successful first 100 days, but had to answer something else first 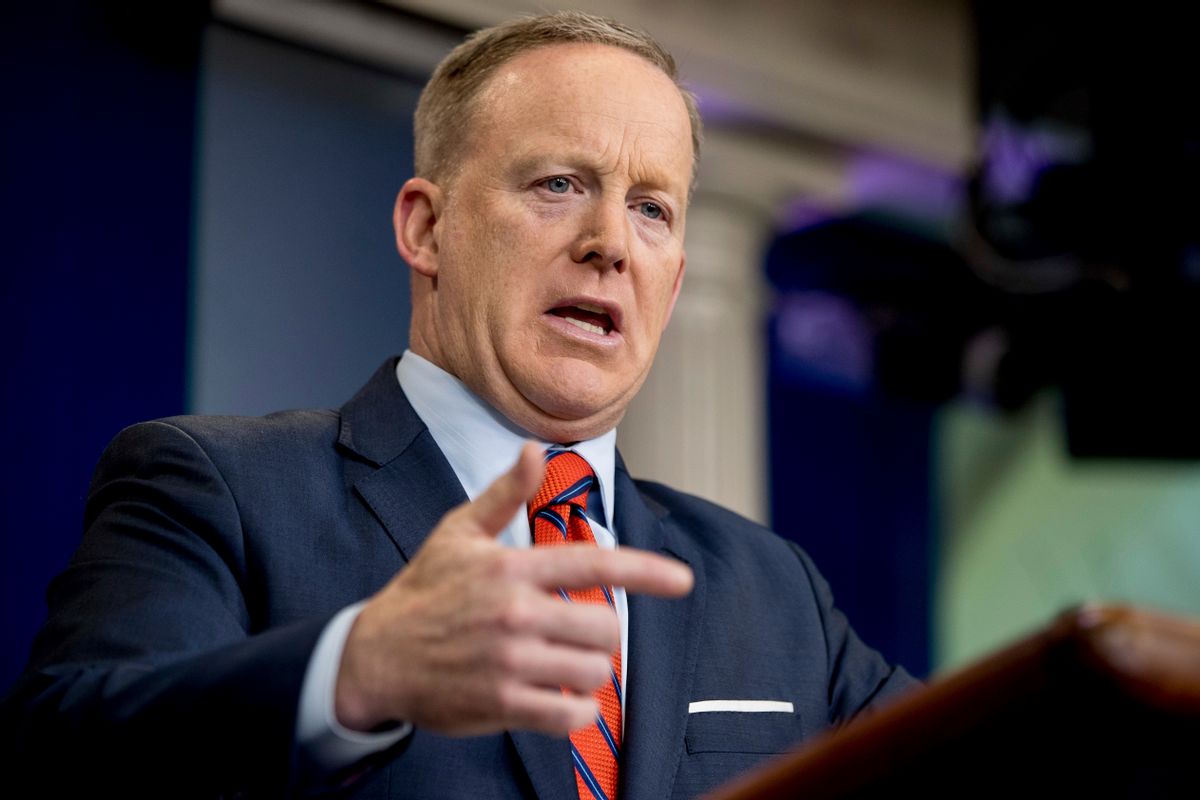 White House Press Secretary Sean Spicer said Wednesday that he "let the president down" after the absurdly incorrect statement he made during Tuesday's press briefing that Adolf Hitler did not use chemical weapons during World War II.

“Your job as a spokesperson is to help amplify the president’s actions and accomplishments,” Spicer told Greta Van Susteren during an event at the Newseum analyzing the president's first 100 days in office.

Spicer claimed that his remark was meant to condemn the actions Syrian President Bashar al-Assad — but instead distracted from President Donald Trump's successes and achievements to date. Officials believe that Assad carried out a chemical gas attack that killed dozens of his own people earlier this month.

"There's no comparing atrocities," Spicer said on Wednesday. "Of all weeks, this compounds that kind of mistake."

“When you’re distracting from that message of accomplishment, and your job is to be the exact opposite, on a professional level it’s disappointing because I think I’ve let the president down. On both a personal level and a professional level, that will not go down as a very good day in my history,” Spicer continued.

The press secretary noted that the president has had "an unbelievable successful couple of weeks," and added that it was especially "painful" because Spicer believes his remarks undermined those accomplishments.