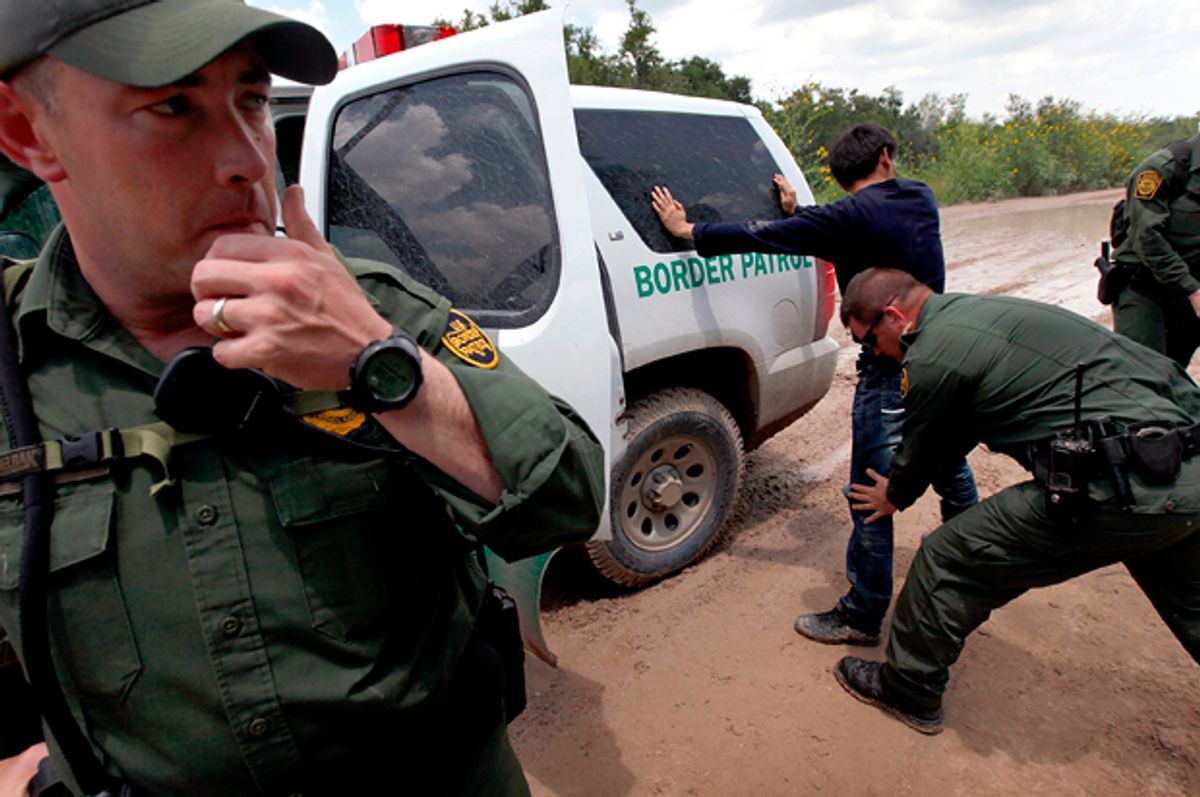 President Donald Trump is working on making his national deportation task force — which he repeatedly promised during the 2016 presidential election — into a reality.

Even though Immigration and Customs Enforcement's beefed up tactics have already incurred considerable controversy, Trump administration intends to double down. An internal assessment by the Department of Homeland Security includes proposals for fast-tracking the hiring of hundreds of new Customs and Border Patrol officers – which could mean an end to polygraph and physical fitness tests in certain cases.

According to a report by The Washington Post, the administration is taking a serious look at where border wall construction could start, and has identified 33,000 new detention beds for undocumented immigrants,

Although the Trump administration has in the past insisted that they are focusing on people with criminal records, an analysis by USA Today in February found that out of 678 people rounded up in 12 states over a week-long period, only 74 percent had been convicted of a crime. That was a 16 percentage point drop from the those with criminal records who were detained in 2016 under the administration of President Barack Obama.

As the Post pointed out, it will be difficult for the Trump administration to get Congress to approve of the massive spending hikes that will be necessary to meet its deportation task force goals. These goals include hiring 10,000 agents to Immigration and Customs Enforcement and 5,000 agents to Customs and Border Protection, even though hiring just 500 agents would cost $100 million. Combined with the humanitarian concerns involved in mass deportation, the internal document (which the Trump administration is already saying is pre-decisional) will face considerable obstacles prior to being fully implemented.