Kellyanne Conway emerges from the darkness: Will Trump give her a second chance after Sean Spicer's Hitler disaster? 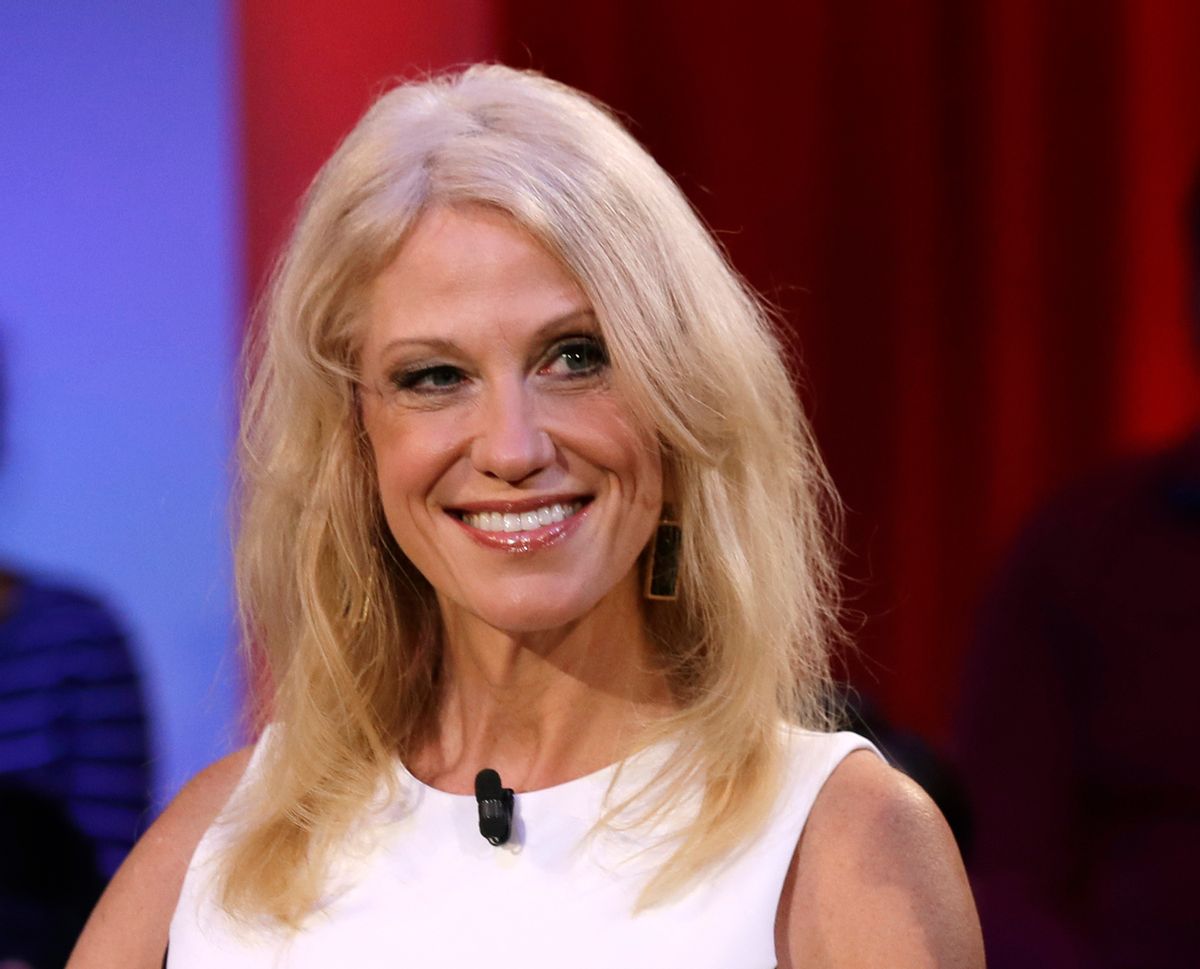 Kellyanne Conway spoke at a media forum in Washington on Wednesday, in a rare public appearance for the White House senior adviser who seems to be on TV less and less these days.

Conway and her interviewer, USA Today columnist Michael Wolff, touched on a number of topics at the Newseum, blocks away from the White House, where the top communications adviser has presumably been hiding. Since a couple of major missteps in the initial days of the new administration, Trump's former campaign manager has taken a major step out of the spotlight.

At one point in the interview, Wolff asked Conway, a longtime GOP politico, if she takes any of the media criticism personally. Conway acted as if she did not understand the question.

One of Trump's most trusted advisers, Conway vehemently denied being "the darkness" and insisted that just because "somebody says something doesn't make it true." As an example, Conway cited the "Saturday Night Live" skit from earlier this year that lampooned her typical day to the tune of Katrina and the Waves' "Walking on Sunshine."

Conway drew laughter from the room at one point when she said unironically, "You can turn on the TV and people literally say things that just aren't true."

Overall, Conway suggested the jury is still out when it comes to the media's performance thus far in dealings with the new Trump administration. "Incomplete. . . . Biased coverage aside, my grievance would be what I call incomplete coverage," Conway said. "If you are an American and you're a coal miner who came to the White House or you're someone directly impacted by [the building of oil pipelines], this all matters to you in a very different way than you're hearing."

Conway's appearance on Wednesday comes on the heels of press secretary Sean Spicer's very public meltdown on Hitler and "Holocaust centers" this week. Is a shake-up in the works?