Until 2016, electricity was America’s biggest single source of climate pollution 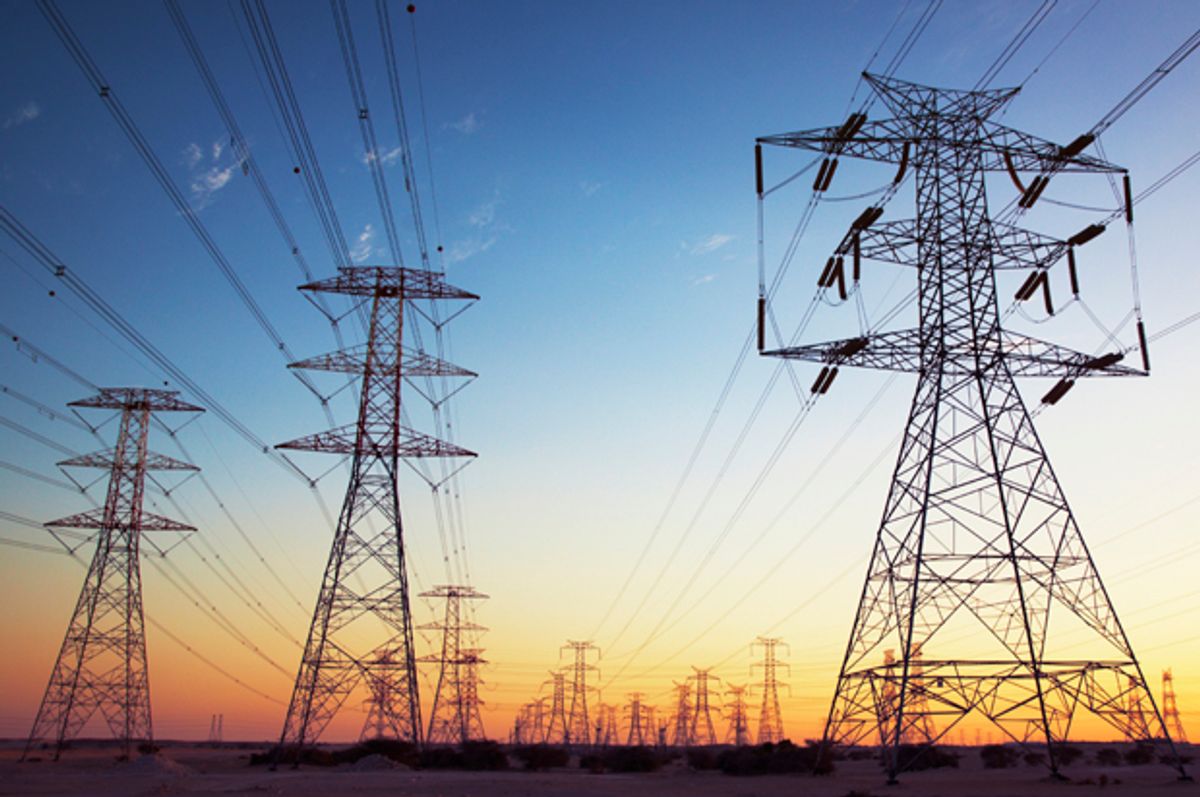 All the right things came together in 2016 for the United States to shrink its carbon footprint in some dramatic and record-breaking ways, according to federal data released this week.

For two years in a row, carbon emissions from electric power plants in the United States fell by about 5 percent each year — the first time in more than 40 years of record-keeping that emissions have fallen so dramatically over two consecutive years, according to U.S. Department of Energy data.

Overall, carbon dioxide emissions from energy use by Americans fell 1.7 percent last year, part of a decade-long slide in the carbon footprint of energy in the United States.

The main reason is that Americans are using more renewable energy than ever before, and power plants, buildings and appliances have become more energy efficient, according to the DOE. Utilities are taking advantage of cheap, abundant natural gas brought about by the last decade’s fracking boom to reduce their reliance on coal.

Natural gas emits about half the carbon dioxide as coal when burned to generate electricity. It’s not a panacea for climate change, however. Drilling for natural gas also emits methane, which is 34 times as strong as carbon dioxide as a global warming gas over the span of a century.

Climate pollution from generating electricity is now more than 24 percent below where it was in 2005, said Ines Azevedo, an associate professor of engineering and public policy at Carnegie Mellon University, whose research team’s Power Sector Carbon Index echoes DOE’s data.

The index, published at the end of March, uses both Environmental Protection Agency and DOE data to show how quickly many different factors have come together to cut the carbon footprint of electric power plants.

“Because more energy is used for heating than for cooling, warm years can translate to less energy consumption,” according to the DOE report.

Azevedo said that electric power plants shifting from coal to natural gas are responsible for about half the electric power sector’s carbon pollution drop between 2005 and 2016. Increased use of renewables such as wind and solar accounted for 40 percent of the falloff, with power plant efficiency and other factors representing the rest.

Until 2016, electricity was America’s biggest single source of climate pollution. Today, transportation is the largest source of carbon emissions, mostly from the tailpipes of cars and trucks, and from airplanes.

Researchers say it’s unclear how Trump administration policies that push for more fossil fuels development and ignore the threat of climate change will affect the U.S. carbon footprint over the next year or more.

Azevedo said the biggest factor will be whether the president’s support for the coal industry will help to bring down coal prices so they’re in line with natural gas, making it more economical for electric power companies to keep their coal-fired power plants running.

“Long-term economics are not going coal’s way,” said James Stock, a professor of political economy at Harvard whose work focuses on energy and environmental policy.

The fall in the climate pollution from Americans’ overall use of energy isn’t likely to continue, however, he said.

Stock said he sees demand for electricity picking up, economic growth increasing and more demand for gasoline as Americans drive more miles, all of which point to a rise in carbon emissions.

Americans are using 7.5 percent more gasoline today than they did in 2014 and there have been no improvements in the average fuel economy of new vehicles being sold today, said Colleen Regan, an energy analyst at Bloomberg New Energy Finance.

Drivers in the United States could be getting behind the wheel of less fuel-efficient vehicles in the coming years, helping to stall progress in cutting climate pollution from vehicle tailpipes, Stock said.

Trump took steps in March to roll back Obama-era fuel economy standards that called for new cars and trucks to be able to travel nearly 55 miles on a gallon of gasoline by 2025.

The Trump administration is also calling for the removal of all “burdens” on fossil fuel development and use. The president has taken steps to kill the Clean Power Plan, an Obama-era climate policy that cut carbon pollution from electric power plants.