Is Donald Trump going to get us into a war with North Korea? 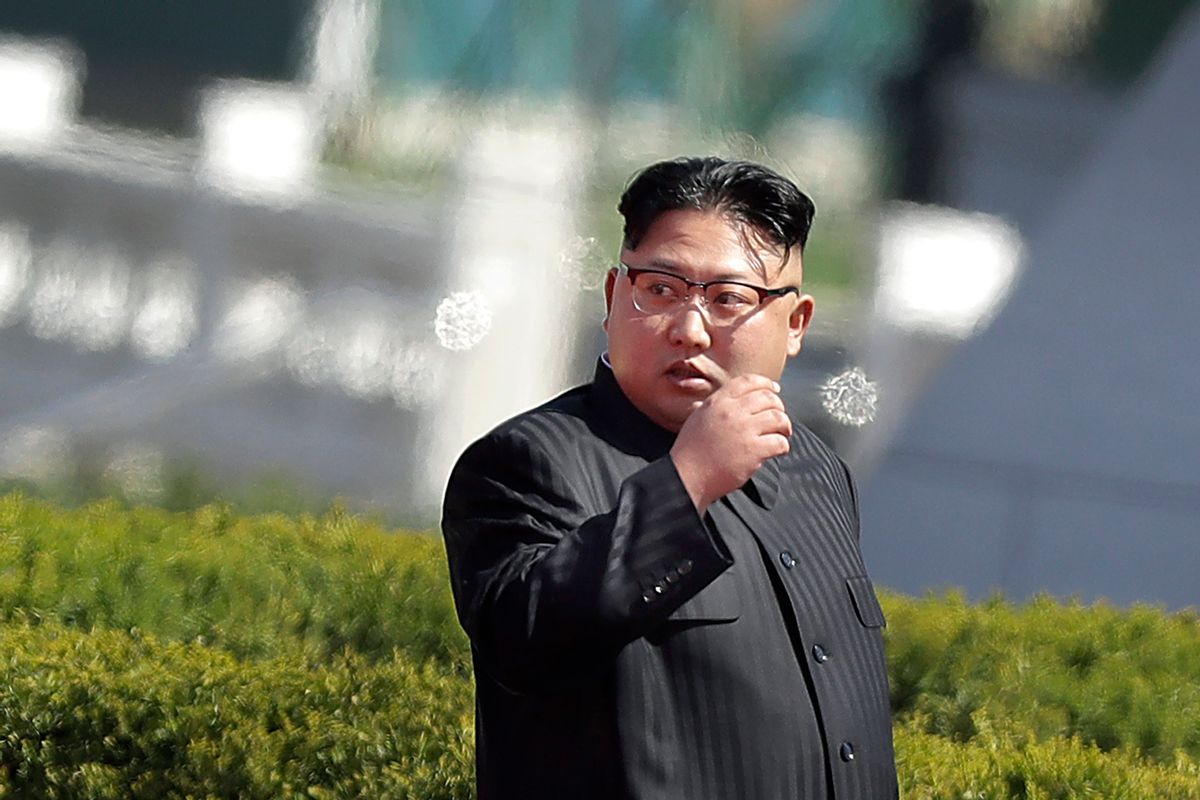 It seems that there may be a good reason why 56 percent of Americans feel "uneasy" about how President Donald Trump is handling the ongoing crisis in North Korea.

On Thursday, Trump told White House reporters that he hoped dropping the largest non-nuclear bomb ever used in combat — the "Mother of All Bombs" — in Afghanistan would have the desired effect: It would "send a message," according to Politico. As he explained, "I don't know if this sends a message. It doesn't make any difference if it does or not. North Korea is a problem. The problem will be taken care of."

Meanwhile, Chinese Foreign Minister Wang Yi told reporters in Beijing that "we call on all parties to refrain from provoking and threatening each other, whether in words or actions, and not let the situation get to an irreversible and unmanageable stage. Force cannot solve the problem, dialogue can be the only channel to resolve the problem."

All of this is occurring against the backdrop of Vice President Mike Pence's upcoming trip to South Korea, which will begin on Sunday. There he is expected to celebrate Easter with both American and Korean troops before meeting with acting President Hwang Kyo-ahn on Monday. Government officials are characterizing Pence's visit as an attempt to reinforce America's solidarity with its South Korean ally.

Not surprisingly, North Korea's vice foreign minister has a different spin on events than Trump. Han Song Ryol told the Associated Press that "Trump is always making provocations with his aggressive words. So that’s why. It’s not the DPRK but the U.S. and Trump that makes trouble."

He added, "We’ve got a powerful nuclear deterrent already in our hands, and we certainly will not keep our arms crossed in the face of a U.S. pre-emptive strike."