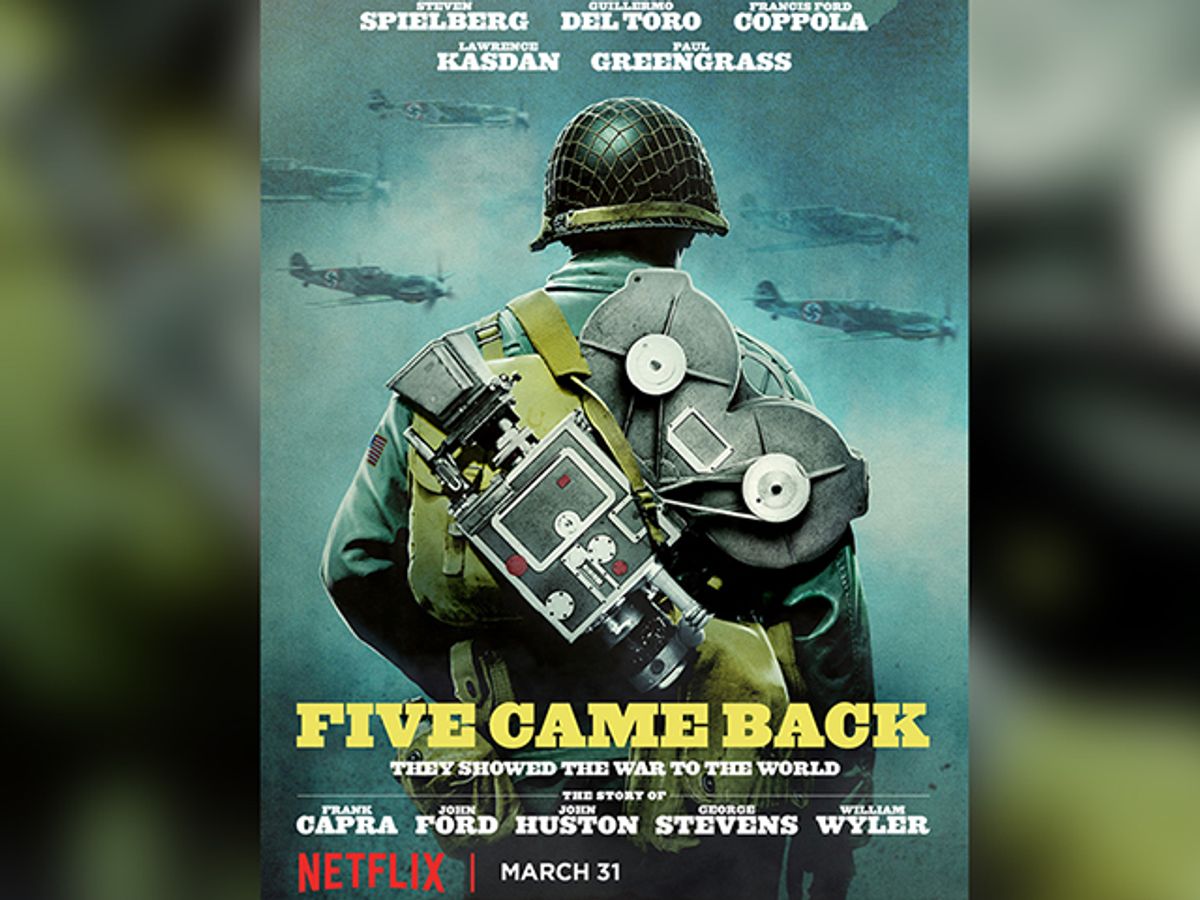 Mark Harris, who wrote both the screenplay for "Five Came Back" and the acclaimed book on which it is based, visited Salon Talks to discuss what it was like interviewing the five directors who agreed to participate in the film: Francis Ford Coppola, Guillermo del Toro, Paul Greengrass, Lawrence Kasdan, and Steven Spielberg.

"What we found is that in some ways it really helped to let the directors cast themselves," Harris explained. "For instance, we spent a lot of time thinking, 'Who is the contemporary version of Frank Capra?' As if that person would be the best person to talk about Frank Capra. And none of the names we came up with were as interesting as Guillermo del Toro saying to us that he was interested in Frank Capra. That's not a pairing we ever would have made and I think that, for me, listening to him talk about Capra is one of the high points of the documentary."

Harris also discussed how John Wayne never served in the military, and described the ethical controversies involved in staging war scenes to the emotional impact on directors like Spielberg while watching raw footage in which people die during World War II.

Told as a three-part series, "Five Came Back" is now available to stream on Netflix. In addition, the 13 World War II documentaries chronicled in the film are also currently streaming on the website. It's a fascinating step back into a period of American cultural history that is often overlooked.