Kremlin on the Potomac: Trump's White House makes Americans into strangers in a strange land 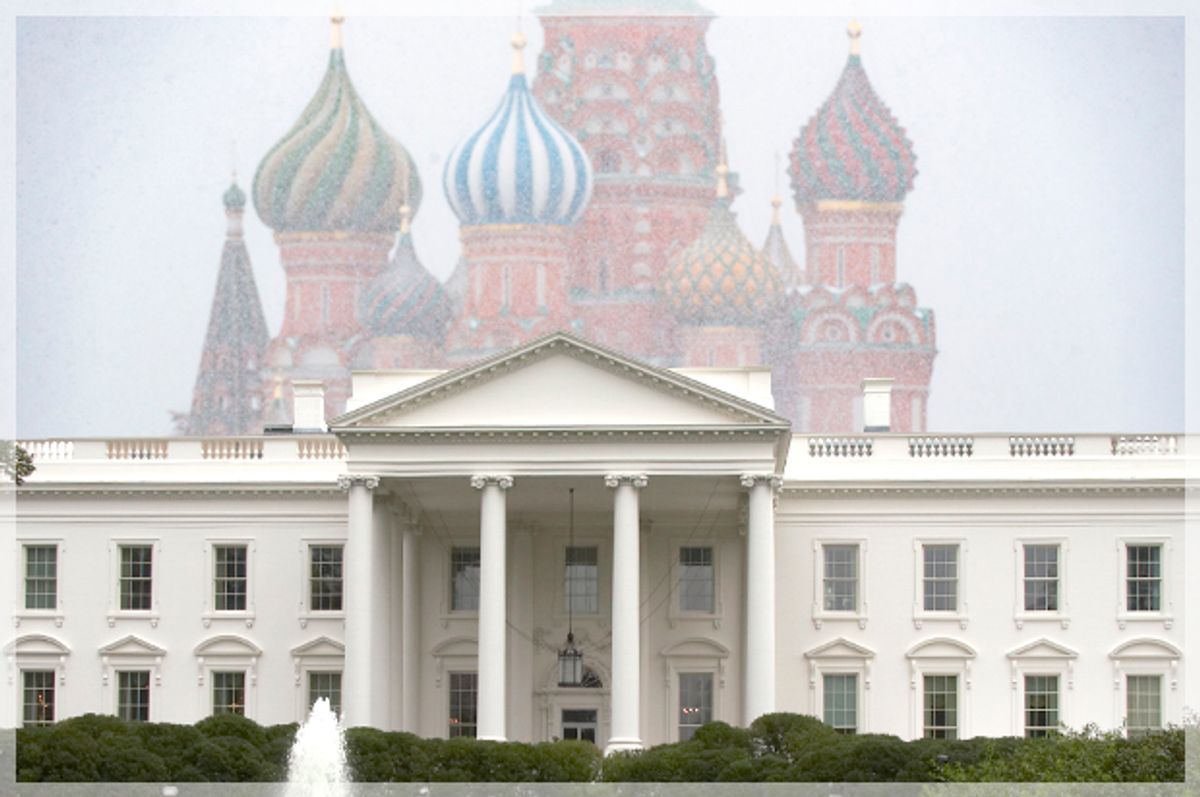 Donald Trump's administration is a black box of confusion, chaos and incompetence. Those on the outside looking in are left confused and bewildered, desperately seeking signs and portents of what the most powerful man in the world will do next. This is not normal. In a time of global crises and increasing tensions it is also very dangerous.

The United States is supposed to be the world's leading democracy. The health of a democracy is highly dependent on transparency and accountability. Trump's administration has repeatedly shown his disdain for both of those fundamental principles. This is a lubricant for America's further descent into fascism. It also signals to a much bigger problem.

Much has been written about how Vladimir Putin apparently sought to manipulate the 2016 presidential election in order to install Donald Trump in the White House.

But much less has been written about the damage that Vladimir Putin's interference in the 2016 presidential election -- and the subsequent victory of Donald Trump over Hillary Clinton -- has done to America's political culture. In many ways, Putin has turned the American people and its news media into "Kremlinologists," but instead of being turned outward with the goal of trying to figure out the inner workings of Russia's leadership, the American people and news media are focused inward on Donald Trump and his presidential administration.

Writing at Medium, Fabrice Deprez explains the concept of Kremlinology as:

...methods that find their origins in soviet times, when censorship and the totalitarian nature of the soviet regime forced western analysts to deduce power plays in the Kremlin from hints like the seating plans of officials during a parade or the various nominations published in soviet newspapers. Kremlinology can nowadays be used simply to describe the study of Russian politics, but is more often understood as the analysis of those small events -- speeches, appointments, travel plans, the date or the composition of a meeting -- that seems to bear no significance when taken alone but, when put together, allows (in theory) to deduce the great movements happening behind the Kremlin’s closed doors.

Kremlinology is also the interpretation of what isn’t: the absence of an official at a crucial meeting or the silence of Vladimir Putin about some issue ... can quickly be used to draw conclusions about what’s going on.

In an interview at the website Stratfor, Eurasia specialist Lauren Goodrich explains the goals of Kremlinology:

Under Donald Trump, the American people and news media are being forced to learn the same habits.

For example, is Steve Bannon -- the so-called "shadow president" -- in good or bad favor with Donald Trump? Is Ivanka Trump a presidential horse whisperer who has her father's ear and gives him orders about whether the United States should attack foreign countries such as Syria or North Korea? Autocrats such as Donald Trump consolidate power among a small group of people -- usually their family and senior generals. To that end, how is Trump's personal ambassador and son-in-law Jared Kushner manipulating the nation's foreign policy to line the personal coffers of the Trump family at the expense of the American people?

Is Donald Trump angry or sad? What are his moods and sleep schedule? Should Donald Trump's tweets be viewed as his way of communicating his true feelings to the public? How are right-wing conspiracy sites such as InfoWars influencing Donald Trump? Are unofficial right-wing state media such as Fox News and talk radio controlling the president? Or is Trump using them for his own purposes?

Who is visiting the White House? And why are Donald Trump and his inner circle so obsessed with keeping their names secret? What machinations are taking place at Trump's private estate at Mar-a-Lago?

Likewise, what of this obsession on the part of Trump and many Republicans with who is "leaking" information about the inner workings of the White House to the press? Sean Spicer's daily White House press briefings are a spectacle of overt lies and shameless dissembling. How much of what is said there should be taken seriously? Moreover, how much of Spicer's routine is theater and organized confusion -- a tactic torn from Putin's playbook?

Just as Trump birthed an American version of fascism, this new type of Kremlinology turned inward to the White House and Washington will also have a distinctly American flair. It will combine "junk politics" and "anti-politics" together with celebrity culture; a corporate news media that is cowardly and desperate to appear "fair" and "unbiased" will take every opportunity to normalize Donald Trump; the American people will be encouraged by their leaders to rally around the flag in support of the president's "splendid little wars."

In 1991, the United States stood triumphant over the Soviet Union. This was not to be the "end of history" and the ushering in of an American Pax Romana. Two and a half decades later, Russia's leader and former spy Vladimir Putin helped to elect an American president. Donald Trump promised to "make America great again." Little did his voters realize that Donald Trump, the liar and Russian puppet, would instead transform the White House into the American Kremlin on the Potomac. The American people are now truly strangers in a strange land.