6 things men will do for a bigger package

Research confirms that bigger is not always better. Some guys can’t help but get hung up on what they’re packing 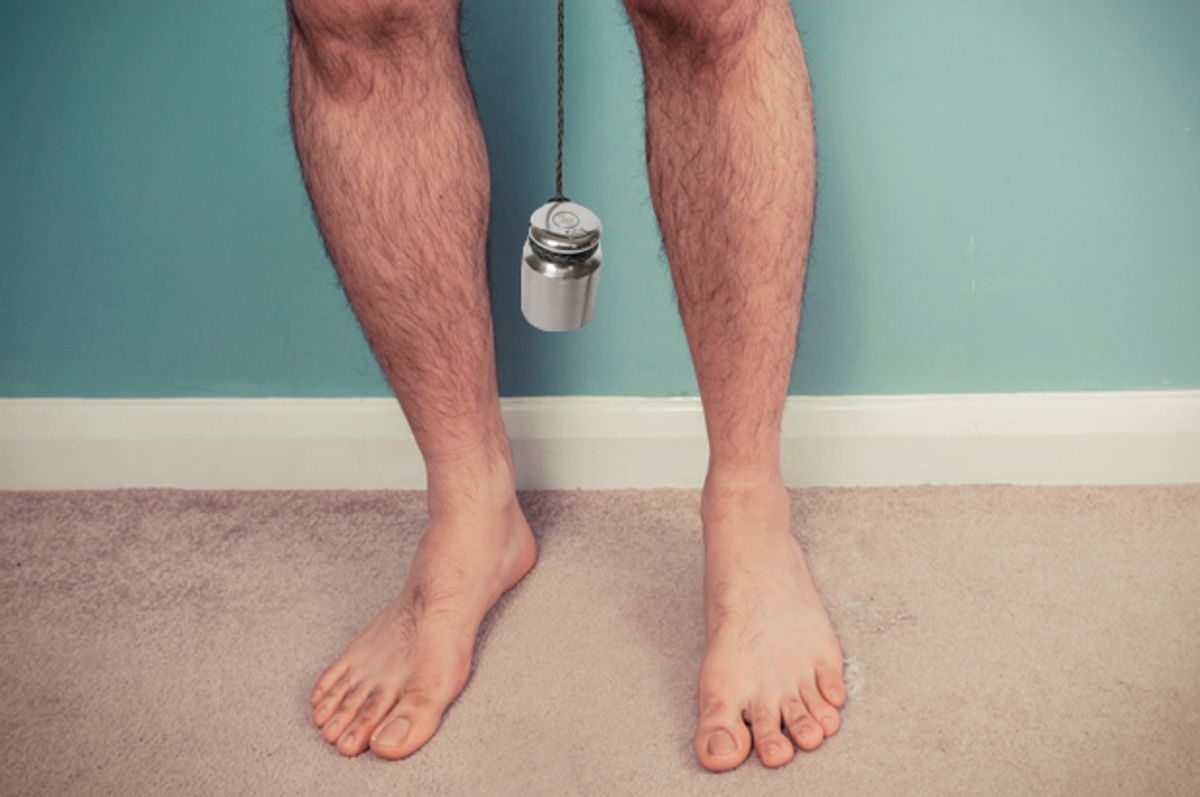 If you think women take their beauty routines to extremes, be glad you’re not a man obsessed with size. Sure, we’re all subject to pressures to conform to strict standards of beauty, but with guys, the focus tends to fall below the belt. Though research confirms that bigger is not always better, some guys can’t help but get hung up on what they’re packing. Listed below are seven of the most extreme measures men may take in pursuit of the “perfect” penis.

You’d be hard pressed to find a physician who would recommend this stunt as a means of enlarging your member, but that hasn’t stopped guys from giving jelqing a go. The neologism refers to a set of exercises designed to force blood into the penis through a “milking-like” motion. Newbies are instructed to start out doing their exercises every other day, for 25 minutes at a time. The process operates around a system of “controlled damage and then rebuilding.” According to the enthusiasts, the goal is to create micro tears in the tissue and the body will then produce new cells to help repair the damage. That’s supposed to result in increases in muscle mass, and yes, a bigger penis. But it may not be worth the risk. According to medical experts, causing micro tears in the tissue is more likely to result in medical conditions like Peyronie’s disease than a bigger dong.

If you don’t have a problem placing your penis in something that resembles a Victorian-era torture device, this next one is for you. Penis extenders. Typically, these devices are recommended to help correct a curvature of the penis, but there are those who use them for reasons related to size. Weights are another way to go for those who believe applying tension to the penis will result in a size increase. But why stop there when there are testicles to experiment with as well. “Ball stretching” is another activity some men engage in to enhance their package, and it also requires the use of weights. Some styles are known as parachutes, and others are called cuffs. The choice is yours.

If you’ve got 10 minuets to spare, why not swing by the clinic and get your penis injected with good ol’ dermal filler. It’s the same stuff plastic surgeons use to plump up thin lips and remove wrinkles. If it’s good enough for your face, it’s got to be good enough for you penis. . . right? Maybe. The practice has been approved for penis enlargement purposes, but as one cosmetic surgeon cautions, filler can shift, and some patients have a tendency to overdo it.

There’s nothing more serious than surgery. But some men are willing to walk that road if it ends at a bigger penis. If you find yourself part of that group, then you’re ready to say goodbye to your suspensory ligament, the area that connects the penis to the pubic area. Clipping the region is thought to bring the internal shaft outward, making the penis look longer. There are also penile implants to think about, or silicone sleeves that can be inserted under the skin of the penis, making it look longer and thicker. Some have likened these kinds of surgeries to breast enlargements for women. Others say the results aren’t worth the risks, which include nerve damage, infection and difficulty achieving an erection.

If you take a moment to Google “penis enlargement,” you’ll be faced with over 7 million potential links to comb through. But not one will bring you to a product that can reliably increase the size of your member. That’s because they don’t exist. Penis enlargement supplements typically help increase blood flow to the area. The idea is to provide an almost-instant erection, meaning you’ll be ready for action sooner rather than later, but you won’t actually be any bigger than you were before you popped the pills.

Like enlargement supplements, penis pumps work by drawing blood into the shaft of the penis, causing it to become erect. It’s a great method for those affected by erectile dysfunction. But it’s not such a great method for those looking for a more permanent answer to their penis problems. Pumps are effective, but they’re also temporary. If you’re looking for a quick fix for your erection problem, then go for it, but please, don’t over indulge. There are horror stories out there.