Listen up, guys: 14 foods that may help your sexual performance

It comes down to improving circulation, dudes - and a diet full of these foods can help. 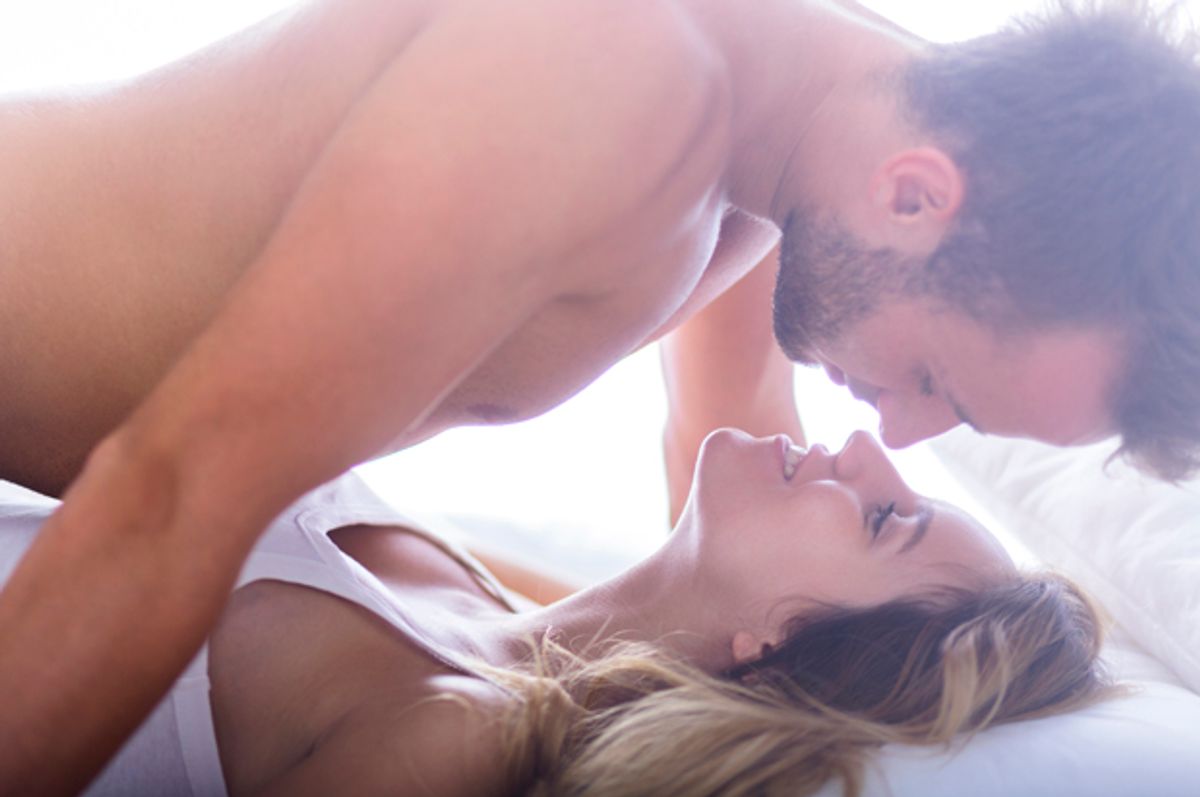 There are plenty of reasons for enjoying a healthier diet, and just as many excuses for not. The problem comes down to the immediacy of benefits: Broccoli could add years to my life, sure, but this deep-fried ice cream is not going to eat itself.

The good news, largely for men of a certain age, is that there may be at least one incentive you haven't previously considered—your sex life.

Basically, it comes down to circulation. Eating a healthier diet improves the flow of blood throughout your body. That's good news for the heart, and ahem, other organs that stand to benefit from better blood flow. Starting to connect the dots?

Erectile dysfunction is caused by many factors. For some, it may simply be a side effect of medication. But mostly, ED is a “problem of blood flow,” according to Harvard Medical School. Taking this a step further—as the results from a Massachusetts Male Aging Study found—there is a direct connection between diet and ED.

"Evidence that foods can help with ED is probably related to a vascular connection," Firouz Daneshgari, a professor at Case Western Reserve University School of Medicine in Cleveland, explained in an article on the nutrition blog Everyday Health.

"Erectile problems are usually due to not having a good blood supply to the penis, so foods that are good for your vascular system may also help prevent ED."

Here are 14 foods you can eat to improve your vascular system—and by extension, your erection.

This feisty fruit is not just a delicious summer treat; it can also help between the sheets. As research from Texas A&M University found, there is a direct connection between eating watermelon and preventing ED. Watermelons are primarily composed of water.

The fleshy parts of the fruit contain a whole bunch of antioxidants such as lycopene, which helps to relax blood vessels making it easier for nature to take its course.

If watermelon is not up your alley, try tomatoes or pink grapefruit. In fact, any fruit that is deep red in color likely contains lycopene. Yet another study looking at the effects of this antioxidant found that men who “eat over 10 servings of tomatoes each week have an 18 percent lower risk of developing prostate cancer.”

Pro tip: add a bit of olive oil or avocado to the mix to assist with lycopene absorption.

No one really needs to be told that these shellfish suckers are good for your sex drive. What you may not know is why. Oysters are rich in zinc, a nutrient essential to the production of testosterone. Low levels of this hormone have been known to cause ED, so if you enjoy the taste of the ocean, get down to your nearest oyster bar.

Yes, believe it or not, an extra cup or two of coffee in your day may actually be a good thing for your health. The logic is quite simple. Coffee gets the blood pumping, which helps get you out of bed in the morning (or helps you stay in bed, if you catch the drift).

A recent University of Texas study found that men who drank around two to three cups of joe a day (85 to 170 milligrams of caffeine) were “42 percent less likely to have erectile dysfunction than those who consume up to seven milligrams of the stimulant daily.”

If you enjoy the slightly bitter taste of dark chocolate, listen up. Flavonoids, naturally occurring antioxidants in dark chocolate, help to protect plants from toxins and assist with cell damage. The nutrient has also been shown to have similar effects on humans.

The result of an ounce or two of flavonoid-rich dark chocolate in your diet lowers blood pressure and decreases cholesterol, which means less chance of erectile dysfunction. Added bonus: this antioxidant assists the body to produce nitric oxide, a nutrient found in a number of ED medications.

Allergy sufferers aside, who doesn’t love a good nut? Fortunately, several varieties of the crunchy snack have also been shown to greatly reduce the risk of ED. As a study published in the International Journal of Impotence Research explained, that likely has to do with a protein contained in pistachios, walnuts and pinenuts, called arginine, which produces nitric oxide and helps to relax blood vessels.

10. Salmon and other fatty fish

You’ve probably heard before that eating salmon is good for your heart because of all those omega-3 fatty acids. What you may not know is that omega-3 boosts production of nitric oxide. Other good fish in this category include sardines, fresh albacore tuna and mackerel.

A dietary list would not be complete without these two mainstays of good health. Along with nitric oxide and omega-3s, these leafy greens are also rich in nitrates—another nutrient that helps to relax blood vessels.

Good news for fans of spicy food. When you feel yourself break out in a sweat from a good dose of chili pepper this is in response to an increase in your blood flow. By now we should all know what that means.

A study conducted in France further showed that eating spicy foods boosts testosterone levels, too. The reason? The study’s authors pointed to capsaicin, the compound that lends chili it’s spice, as the likely culprit.

Once you’ve burned your mouth on some chilies, cool it down with a soothing cup of green tea. Chock-full of a compound called catechins, green tea helps your liver turn fat into energy, which in turn improves blood flow.

That's a pretty tasty list. Now why take Viagra when you can fill your life with delicious lycopene, arginine, catechins and flavonoids? So if you want to get it up, get these foods down.

Robin Scher is a freelance writer from South Africa currently based in New York. He tweets infrequently @RobScherHimself.