The human cost of a forced upgrade: What we lose when technology platforms fade away

How we talk to each other has meaning, too, from Hannah's cassettes in "13 Reasons Why" to Gchat and Vine 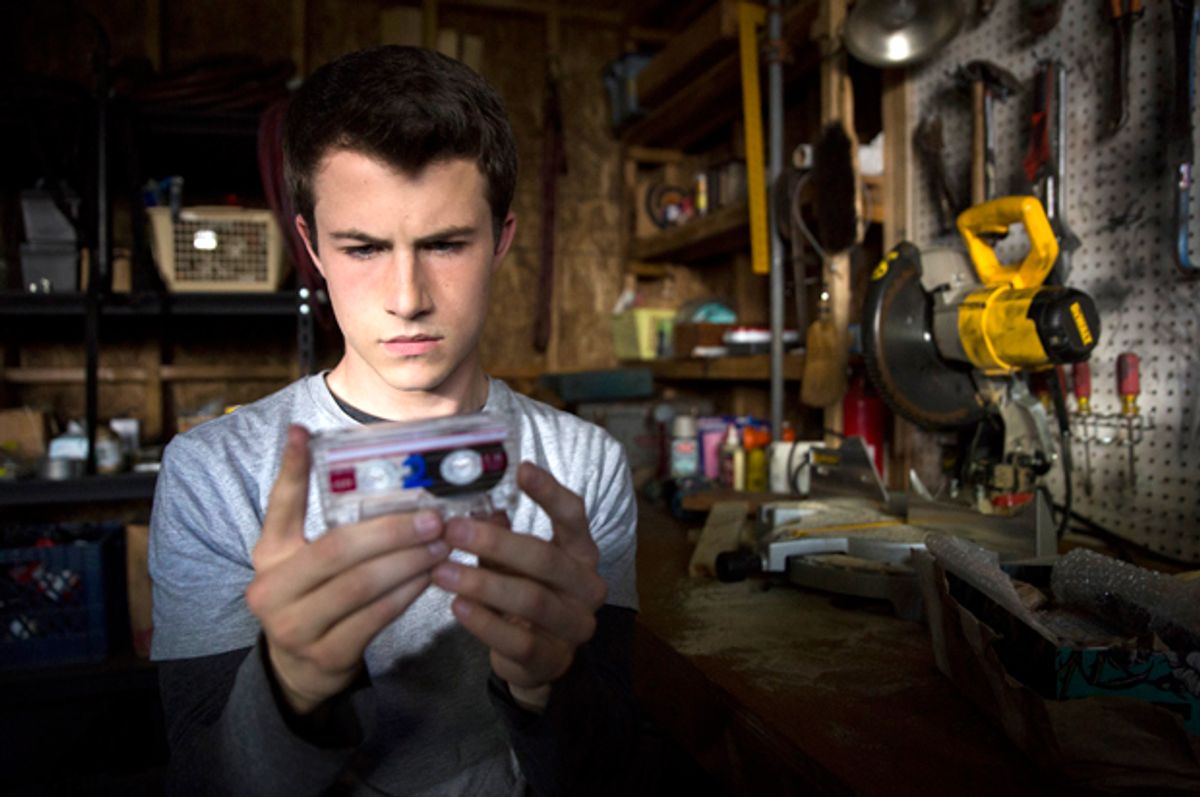 In the new Netflix series “13 Reasons Why,” high schooler Hannah Baker’s suicide note is divided into seven cassette tapes, and each episode is split up by which side of the cassette is being listened to: side A or side B. When her co-worker Clay first receives the box of cassettes, they show up on his doorstop in a heavy shoebox, slathered shut with paper and tape. His first task is figuring out how to actually listen to Hannah’s cassettes: he tries his dad’s old boom box (“did they actually call it that?” he asks his father when asking permission), then steals his friend’s Walkman. As the series continues, Clay fuses technologies from different eras together: The click and spin of the cassette tape delivers Hannah’s story to Clay’s ears through black-and-red Beats Headphones.

There is something particularly intimate about listening to Hannah’s reasons over seven tapes. The physical presence of the tapes exists in stark contrast to the lack of physical presence of Hannah. Throughout “13 Reasons Why,” Hannah is a ghost that Clay is desperately searching for as he tries to understand why his friend and crush would take her own life. The tapes are clunky, heavy and hard to carry around — they exist in the series as a constant physical connection to Hannah, even after she is gone. Each artifact, covered in deeply feminine doodles of flowers and labeled with a number painted in deep blue nail polish, is a concrete reminder of who she was.

But the cassettes also seem to tap into our current nostalgia for ’80s tchotchkes, from the big clunky computers and TV sets in the world of “The Americans” to the glorious video game consoles and old-school card catalogues in “Stranger Things.” As someone who grew up thinking — knowing! — that CD technology was superior to cassettes, it’s fascinating to see a technology that was once maligned as schlocky and unsophisticated upheld now as a rich source of intimacy between creator and listener.

And that evolution is constant. Today we are constantly and rapidly ushered into using new modes of communication, which — unlike the clunky VHS tapes and video rental stores of the past — can also disappear without leaving a trace. When Google makes the decision to dissolve the classic messaging system Gchat in favor of Google Hangouts, for example, most users simply accept the adoption of the new technology as a natural and necessary step.

This passive trust in companies to enable us to communicate better can end up minimizing the diverse and creative ways that people actually use technology. Shortly after Twitter dissolved the short-form social video platform Vine, for example, numerous articles came out highlighting the ways Vine’s disappearance is a kind of cultural loss, especially for young black artists. Vine was easily accessible and inexpensive, something that young people with a phone could easily use to craft narratives with art and humor.

The question of who gets to continue using a kind of technology is a question of power — who gets to claim that a communication tool is meaningful or who gets to cast it off as pointless is more and more a decision that is made by corporations rather than people. We’re not supposed to mourn the death of Vine, just as we weren’t supposed to mourn the death of MySpace when Facebook went into wide use. We’re supposed to see all texting as the same, even though texting from my Nokia was an entirely different experience than texting on my iPhone. We diminish the emotional nature of these near constant correspondences, pretending that daily messaging does not also inspire a potent kind of intimacy, one that isn’t exactly the same as letter writing and one that isn’t exactly the same as sharing a phone call.

Appreciating these daily forms of communication is also about more than preservation. In 30 years we’ll probably have a slew of TV shows that highlight the unique ways in which the “primitive” technologies we use today inspired real connection. But in a world full of interchangeable and disposable things, there is value not only in “unplugging” from an overly connected world but from actually valuing the specific ways that we are plugged in to one another, too. This means recognizing that Facebook stickers and Snapchat posts actually do mean something to the person on the other end of a screen.

In the final scenes of “13 Reasons Why,” Hannah’s parents are given Hannah’s tapes as 13 digital audio files with the instructions to listen to them in order. By the time Hannah’s parents hear their daughter’s voice, we in the audience have heard the first line of Hannah’s tapes many, many times, and can tell how, even though the files allow the Bakers a glimpse at their daughter’s story, the full impact seems a bit gentler and more muted from the experience her peers had of opening the box and pulling out those cassettes her hands had touched.

Of course, this difference is imperceptible to Hannah’s parents, even though her mother has been searching for a physical and emotional connection to her daughter from the very beginning of the series. In one of the most moving scenes, we see Mrs. Baker paint a blue stripe on one of her fingernails using her daughter’s favorite blue nail polish — the same one Hannah used to write numbers on her tapes.

In the final scene of “13 Reasons Why” that features Hannah’s parents, we see her mother and father prepare to listen to their daughter’s last words together. They hold hands as they click on the first of many nondescript wav files on their nondescript Dell computer, frightened of what they may be about to hear, but also eager to connect in any way they can.