Countdown to conflict: Mike Pence says "the era of strategic patience is over" as administration beats drum for war

Pence makes a visit to the DMZ, while Russia and China trail an American aircraft carrier in the region 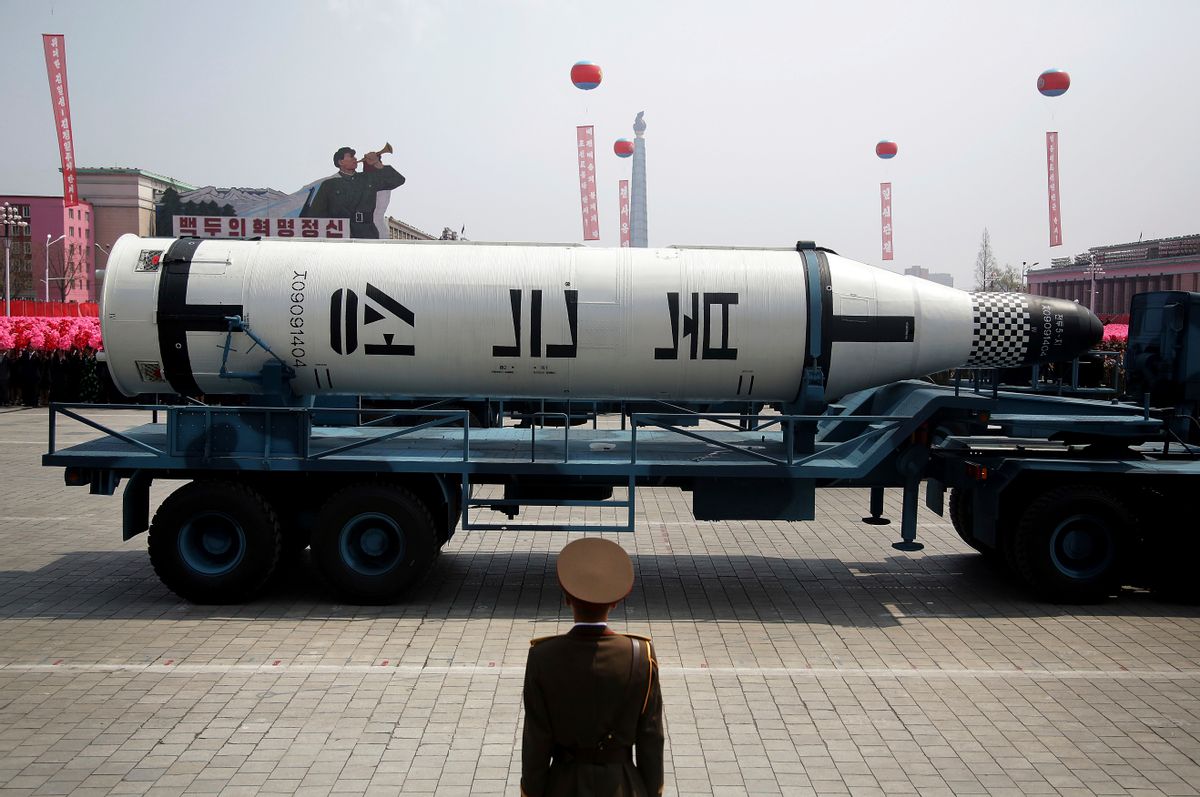 While most Americans are not confident in President Donald Trump's ability to deal with the North Korean crisis, both the administration's rhetoric and the responses of North Korea and its allies are causing things to heat up in the region.

During an unannounced visit to the Demilitarized Zone — a 2.5-mile-wide stretch of land filled with landmines that stretches across the border of North and South Korea — Vice President Mike Pence declared that, in light of North Korea's continued attempts at testing a nuclear missile, "the era of strategic patience is over."

Pence's comment was most likely a reference to the policy of bilaterial U.S.-North Korean relations articulated by Secretary of State Hillary Clinton during President Barack Obama's administration. At that time, Clinton famously declared that the administration would handle North Korea with "strategic patience in close consultations with our six party allies."

Similarly, national security adviser H. R. McMaster told ABC's "This Week" that "the consensus with the president, our key allies in the regions – Japan and South Korea in particular, but also the Chinese leadership – is that this problem is coming to a head. It’s time for us to undertake all actions we can, short of a military option, to try to resolve this peacefully."

In what is most likely a response to America's new policy toward North Korea, China and Russia have sent out intelligence-gathering vessels to trail the USS Carl Vinson, a nuclear-powered aircraft carrier that America dispatched to the waters outside the Korean Peninsula. It is currently believed to be in the vicinity of the East China Sea.