The GOP effort to crush Elizabeth Warren ahead of 2020 has begun: Conservative PAC looks to derail potential presidential bid 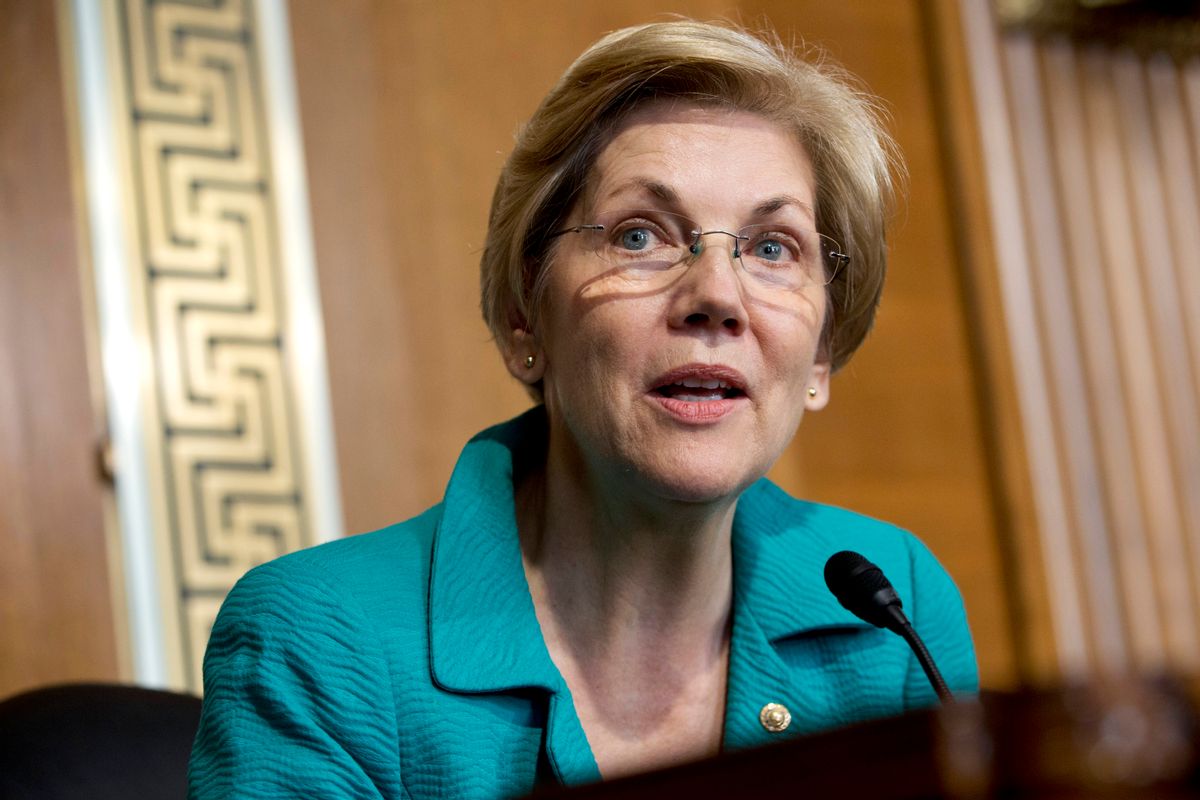 FILE - In this Oct. 6, 2015 file photo, Sen. Elizabeth Warren, D-Mass. speaks on Capitol Hill in Washington. Two people with knowledge of Warren's plans say the Massachusetts senator will formally endorse Hillary Clinton for president in the next week or two. They spoke on condition of anonymity Wednesday, June 8, 2016, because they were not authorized to publicly discuss the endorsement before Warren makes it. (AP Photo/Jacquelyn Martin, File) (AP)
--

When Democratic Sen. Elizabeth Warren of Massachusetts was silenced by Senate Majority Leader Mitch McConnell in February, it prompted CBS to label her as "the de-facto leader of the Trump resistance." Now it appears that many conservatives view her the same way — and are preparing to destroy any possible 2020 presidential bid in advance.

In anticipation of Warren's new book "This Fight Is Our Fight: The Battle to Save America's Middle Class," the conservative group America Rising PAC is planning on targeting the senator with opposition research, public records requests, and rapid-response attacks, according to a report by Politico.

"We view [her] book launch as the soft launch of her presidential campaign," America Rising executive director Colin Reed explained to Politico. "We’ll do the same to her as we did with Hillary Clinton in 2014."

Reed's vow to make Warren's life difficult appears to be based, at least in part, to a particular revelation in her new book. At one point in the book she writes that, when she asked her husband Bruce Mann about running for president in 2016, he responded that "a race like this one looks pretty terrible. The Senate thing was bad enough, and running for president would be worse—a lot worse."

She added, "Talking with Bruce and asking the question out loud had settled it. I wanted to stay buckled down and keep doing my job—my Senate job—as completely and as effectively as I could."

While Republicans are rushing to use Warren's honest admission about the potential nastiness of a campaign as one of the reasons she decided not to run for president in 2016, during a recent interview with USA Today, Warren pointed out that she had another reason for not running in 2016.

"So, you know, people started asking me about this right after I got elected, and my first thought was, really? Are you kidding me? I kind of think you need more experience before you run for president of the United States. But I was also really learning the job of the Senate, and figuring out what I could do, what the tools were and how you could expand them and use them," she told USA Today.