The Philadelphia spring: One city's wide-open DA race is a microcosm of the anti-Trump resistance

All resistance is local: Bernie Sanders and Tom Perez should stop in Philly to see progressives' power on display 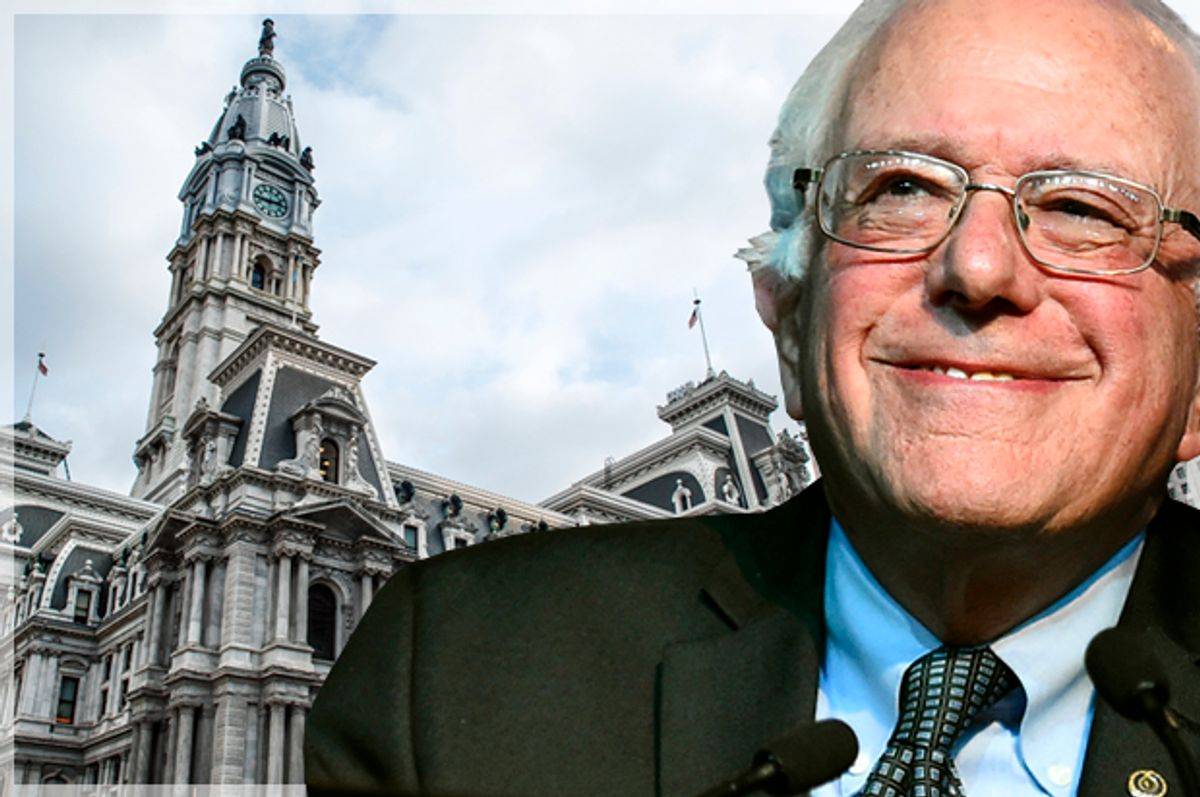 Something interesting is happening in Philadelphia, where the race for district attorney this spring is a tight and unpredictable one. With incumbent Seth Williams not seeking re-election after corruption allegations and federal charges, the field is wide open. The only thing that we know for sure is that the person who wins the Democratic primary on May 16 will almost certainly be the city's next DA. In candidate forums, all seven Democratic contenders seem to have one favorite word: reform.

In 2015 Philadelphia had the fifth highest ratio of police officers to overall population in the country. According to the Vera Institute of Justice, Philadelphia has an incarceration rate that is double Pennsylvania's rate and almost triple the national rate. The former DA in Philadelphia, Lynn Abraham, has been named “one of America’s deadliest prosecutors.”

Last year Philadelphia received a grant from the MacArthur Foundation and an accompanying prescription: Reduce its jail population by 34 percent in two years. The fastest and easiest way to achieve that goal is by electing a district attorney who will use his or her prosecutorial discretion to send fewer people to jail. The Philadelphia DA, who will take charge of the largest prosecutor’s office in Pennsylvania and one of the largest in the nation, will have a tremendous amount of impact on the city's future trajectory. In the recently published book "Locked In," law professor and economist John Pfaff argued that we underestimate the effects of prosecutors’ actions when we discuss mass incarceration: The "primary driver of incarceration is increased prosecutorial toughness when it comes to charging people,” he wrote.

So who is in the running in Philly? The candidates are Rich Negrin, a former deputy mayor; Larry Krasner, a well-known defense attorney in the city; Michael Untermeyer, a former Republican prosecutor turned Democrat reformist; Jack O’Neill, a young Philadelphia prosecutor; Tariq El-Shabazz, the former top assistant district attorney in Philadelphia; Teresa Carr Deni, a municipal court judge; and Joe Khan, a former federal prosecutor. Just to throw another name into the ring, Beth Grossman, a former Philadelphia prosecutor, is running as the sole Republican candidate. It’s a long list of names but don’t worry, I’m not going to quiz you.

At the beginning of the race, as the candidates started to announce their policy platforms, I thought I had it all figured out. Krasner was the Bernie Sanders of this race, the progressive reformer who doesn’t shy away from systemic issues and is more comfortable hanging out with activists than with millionaires. Negrin, El-Shabazz and Khan seemed ready to battle for the role of establishment candidate, the mainstream figure who is sympathetic to reform but always comes back to a pragmatic view of what is politically feasible. In other words, they were the potential Hillary Clintons of the field. Jack O’Neill is the charming young guy without name recognition, along the lines of former Maryland Gov. Martin O’Malley. Deni’s candidacy is a bit like seeing Justice Stephen Breyer run for office and Untermeyer is roughly equivalent to Michael Bloomberg — a rich ex-Republican whose ideas resonate with some progressives.

But 2017 truly follows 2016, and last year's political calculus just doesn’t work anymore. At one event after another, each Democratic candidate has doubled and tripled down on the need for reform. Here are some critical concerns for Philadelphia and the candidates' views:

Death penalty: With a bit of back and forth on “extreme cases,” all candidates now claim that they won’t seek it.

Bail reform: Every candidate has pledged to change the way cash bail is currently operating, with three arguing that the cash bail system should be abolished completely.

Civil forfeiture: Most candidates oppose it and all agree that showing a stronger tie between the asset and the crime is needed.

Most candidates have also talked about expanding the traditional role of the district attorney’s office to include support for addiction treatment and to improve its relationship with the community. No candidate seems eager to be identified with the establishment.

This is unusual for Philadelphia. Across the street from city hall is a statute of a large man waving. That man is former police commissioner and mayor (from 1972 to 1980), Frank Rizzo. The former commissioner, who cops affectionately being referred to as “The General,” was infamous for his aggressive policing tactics and tough-on-crime rhetoric. During Rizzo’s years, the police department expanded dramatically in manpower and budget.

Krasner, the DA candidate in Philadelphia, recently told me that it is imperative to “acknowledge and recognize that the legacy of Frank Rizzo is not dead.” He isn’t wrong. In the 2009 Democratic primary, the last one with no incumbent, DA candidate Brian Grady, openly supported the use of the death penalty. When it comes to criminal justice, the city of Frank Rizzo is not a city of reform, but things are changing.

All resistance is local. Something has unmistakably changed, in Philadelphia and across the nation.

I strongly believe that one of the reasons that Democrats have been consistently losing state and national seats in recent years is the dissonance between their rhetoric on a national level and the actions of Democratic politicians on a local level. There is no reason for anyone to believe that Democrats oppose stop-and-frisk policies (as Hillary Clinton argued in presidential debates) while living in a Democratic stronghold like Philadelphia or Chicago where black and brown citizens are repeatedly encountering such practices. For the Democrats to start winning, they must embrace the kinds of local progressive reforms we're seeing in the Philadelphia DA race.

Last week newly elected Democratic National Committee chair Tom Perez and Sen. Bernie Sanders announced they would go on a multistate tour to meet local Democrats and progressives. I hope they come to Philadelphia to learn the lessons of our DA campaign. If whoever wins this race actually fulfills his or her campaign promises once in office, Philadelphia will be on the right track.

That's not to say these candidates are all identical; the “right” track might not mean the best possible track. But this is a race with no terrible choices and no "lesser of two evils" dynamic. I’ll take it. If we remember these campaign promises, we can help one another work toward their fulfillment. We can also hold accountable those progressive candidates who turn into centrist elected officials — by sending them home as soon as possible.

Something exciting is happening in Philadelphia. With the arrival of spring, the smell of resistance and progressive politics is in the air. Let’s hope the Philly spring will spread progress across the nation.

Abraham Gutman is an Israeli freelance writer who focuses on Israel/Palestine, race in America, policing and housing. He holds a MA in economics from Hunter College, where he did work on "stop and frisk" policies. He works at the Center for Public Health Law Research at Temple University. His writing has appeared in the Huffington Post, the Christian Science Monitor, the Philadelphia Inquirer, the Forward and elsewhere. Follow him on Twitter.