The Season 3 itch: FX's "Fargo" is still very good, but is that enough to keep this relationship hot?

Great seasons can become the enemy of good ones. Noah Hawley's hit drama may face that truth in its third go-round 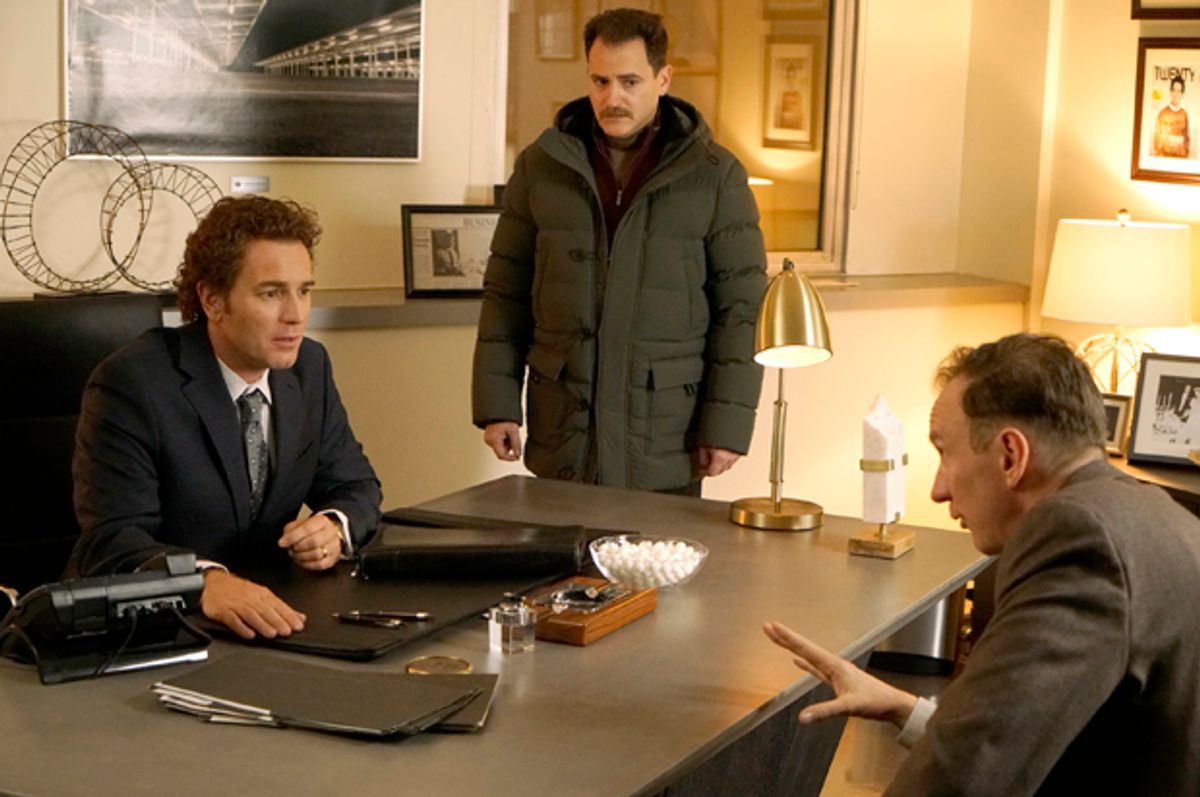 At some juncture in every relationship one of the parties in question grows weary of the other's moves. The in jokes no longer elicit laughter; the singular way a partner walks or talks or chews starts to grate; the idiosyncrasies and rhythms of speech that once fascinated grow somewhat rote. We then face a crossroads: do we commit, accepting devotion and reliability in place of the thrills that used to make us tingle? Or do we move on in search of something better?

Relationship specialists may chalk these ideas up to that cliché known as "the seven-year itch." In television terms, ennui tends to set it right around the third season of a show. In that regard, FX's "Fargo" is flirting with precarious territory as it returns Wednesday at 10 p.m.

Factor in its arrival following a second season that was of even higher quality that its first, which won multiple Emmys and Golden Globes and a Peabody Award, featured outstanding performances by Kirsten Dunst and Jean Smart, and even worked in a UFO sighting. And well, geez, that's a heck of an act to follow.

See what I did there? The "aw, geez," "shucks," an occasional blurt of "uff-da" every now and again — once a person familiarizes themselves with the speech patterns of the Coen Brothers' Minnesota, she's about a quarter of the way toward dispelling the magic maintaining this drama's buoyancy.

Executive producer Noah Hawley assiduously expands upon those heightened accents by building additional quirks into our image of the region. His "Fargo" simultaneously embodies an inflated image of "Minnesota nice" and punctures it so we can understand the fallacy of small town purity.

That's the reliable soul and the starting point for every season of "Fargo," a place slightly behind the rest of the world regardless of the year in which the story takes place. Not just that, but Minnesota we see in "Fargo" is at once all-American and removed from American culture, existing someplace outside of our time and plane of existence. The story, we're told, is true. Just not in the universe know.

"Fargo" has reached a place where its patterns are established and Hawley's plot movements, distinct. Hawley has established that every season is connected in some way, and the first, set in 1987, holds ties to the Coen Brothers' 1996 film. The second season took us back to a crime in 1979 with essential links to the first season's case, including an astonishing reveal at the tail end that will be challenging to outdo.

Season 3 takes place, in part, around Eden Valley, Minnesota in 2010. Eras and locations may change, but the place as a whole doesn't, not really. The drama's view of the quiet resilience and determination of simple good is what gives it a soul. How that concept differs from being nice, and how easily affability and go-along-to-get-along politeness can be twisted by casual, unconcerned evil (personified this season by David Thewlis) is the burning force that propels us through each arc of its cohesive universe.

Problem is, some viewers — not all, by far, but a few — may have reached that place where the drama's bellyful of eccentricities and structural habits have weakened its ability to surprise. Every season's crime starts with a facile plan going sideways. One random, fatal mistake becomes the kicked pebble that launches an avalanche. Once we're aware that's coming, we can't help but to expect it to happen. That puts the onus on Hawley and his writers to cook up an act so unexpected that it jolts us nevertheless.

Whether initial crime of Season 3 fulfills that promise is debatable. The auxiliary circumstances and characters surrounding it, however, don't initially hold enough tension to makes us salivate with anxiety for where this story will go next.

Perhaps the producers are counting, instead, on the presumption that the captivating personalities will lug the story through the muddier stretches of road.

No role exemplifies this better that Ewan McGregor's dual duty as Emmit Stussy and his brother Ray. McGregor's role is the trick pony of Season 3; as is Hawley's way, the character operates on the level of storytelling and as a means of breaking the fourth wall. McGregor's notoriety, and each character's outsized oddity, makes us completely conscious that one guy is playing two men from different sides of the same piece of "Fargo" currency.

As Emmit, the "Parking Lot King of Minnesota," McGregor is this season's self-made business mogul, radiant with confidence and sporting a resplendent dome of curly hair, who has a loyal adviser, Sy Feltz (Michael Stuhlbarg), to look after his interests.

Ray, meanwhile, is the son fate has chosen to piss upon. Literally. In one disturbingly long, artfully filmed and edited sequence — another Hawley signature, in an episode that he wrote and directed — the audience gets to experience just how much micturition splashes through Ray's work life as part of his job as a struggling parole officer.

Ray can only boast ownership of a vintage Corvette with a paint job now blind to better days, and the love of a devoted, spiritual ex-con named Nikki Swango (Mary Elizabeth Winstead). Winstead's devil-girl seductress wins this season's prize for best name, and her portrayal exceeds the task of living up to her moniker.

Every season of "Fargo" shovels into the conflicts between family duty and ambition; between greater and lesser villains, be they rogue killers, organized crimes or a ruthless corporation, or all at once; and between charity and callousness.

McGregor gets to play with all of these as Emmit and Ray, although the down-on-his-luck brother is the more obvious fall guy at first.  But his performance is less of a clear stretch at first than Carrie Coon's small town cop Gloria Burgle, this season's put-upon, reserved cop facing battles on multiple fronts. Burgle may or may not be related to Lou Solverson (Patrick Wilson in the second season, Keith Carradine in Season 1) or his daughter Molly (Allison Tolman). They are, without a doubt, cut from the same cloth — symbols of shrewd, no-frills Midwestern sensibility in the face of dismissive curtness or criminal entropy.

Owing to a few imprudent decisions made by the Stussys, and a stoned idiot of a parolee (Scoot McNairy, clearly enjoying his guest star turn here), Officer Burgle soon has her hands full. We've seen this before. Who knows, we may yet enjoy it again.

Long-running scripts series thrive on a certain measure of patterning and predictability, so viewing of a show's seams isn't necessarily deadly. Rather, it's a matter of whether a viewer chooses to continue embracing the same foibles dressed up in different fashions. We could do a lot worse than sitting through more of the same old tactics that made us fall in love with this show in the first place, right?