“This is just the beginning": Alt-right rejoices as violent protests rock Berkeley 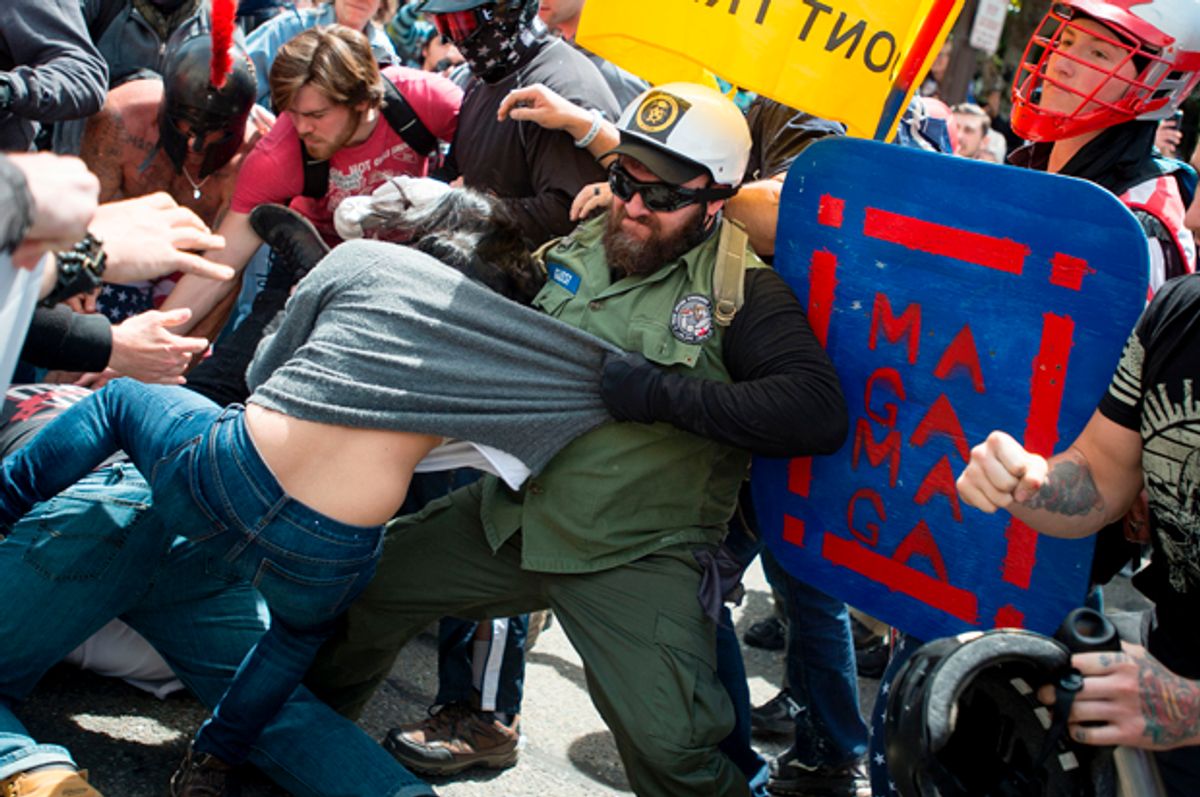 Berkeley, California, was the epicenter of the left-wing protest culture that dominated the news during the 1960s. More than 50 years later, the San Francisco  has once again become a hub for demonstrators, this time of a much more violent variety. Over the weekend, hard-core supporters of President Donald Trump repeatedly clashed in the street with the leftist anarchists who call themselves "antifas," an abbreviation for "anti-fascists."

The clashes began in February after a mob of antifa activists showed up outside a scheduled event that was to feature former Breitbart News editor Milo Yiannopoulos and began lighting objects on fire and attacking his supporters. The violent disruptions prompted the University of California to nix the speech. The cancellation of the event became national news after President Donald Trump weighed in on the controversy, casting the blame on the university but not the demonstrators:

Trump supporters further escalated the situation by scheduling a second rally for March 4, which featured more violence as members of the extreme alt-right movement began mingling with regular Republicans. After even bigger fights broke out at March 25 rallies in Southern California and in Philadelphia, far-right groups decided to descend upon Berkeley to "protect" Trump supporters.

"This is just the beginning," wrote a member of the neo-Nazi website the Daily Stormer. "This is a sign that we have moved into a new era in the Nazification of America. Normie Trump supporters are becoming racially aware and Jew wise. They are willing to stick up for themselves side by side with Nazis without being adverse to violence."

This past Saturday, a pro-Trump demonstration again broke out into fisticuffs as several thousand protesters began attacking one another with almost no police seeming to be interested in dispersing the violence. Saturday's rioting featured extensive violence with both sides hurling fireworks, bottles and even bagels. At one point, a racist activist was filmed punching a female antifa demonstrator in the face.

According to Frances Dinkelspiel, a Berkeley-based news reporter, local police have an official policy of not intervening in small physical conflicts between citizens since doing so could increase the risk of injury. Mother Jones reporter Shane Bauer was on the scene and asked several police officers why they were doing nothing in response to the widespread violence: