The most transformative moment of "DAMN." is in the final verse of the album's last song 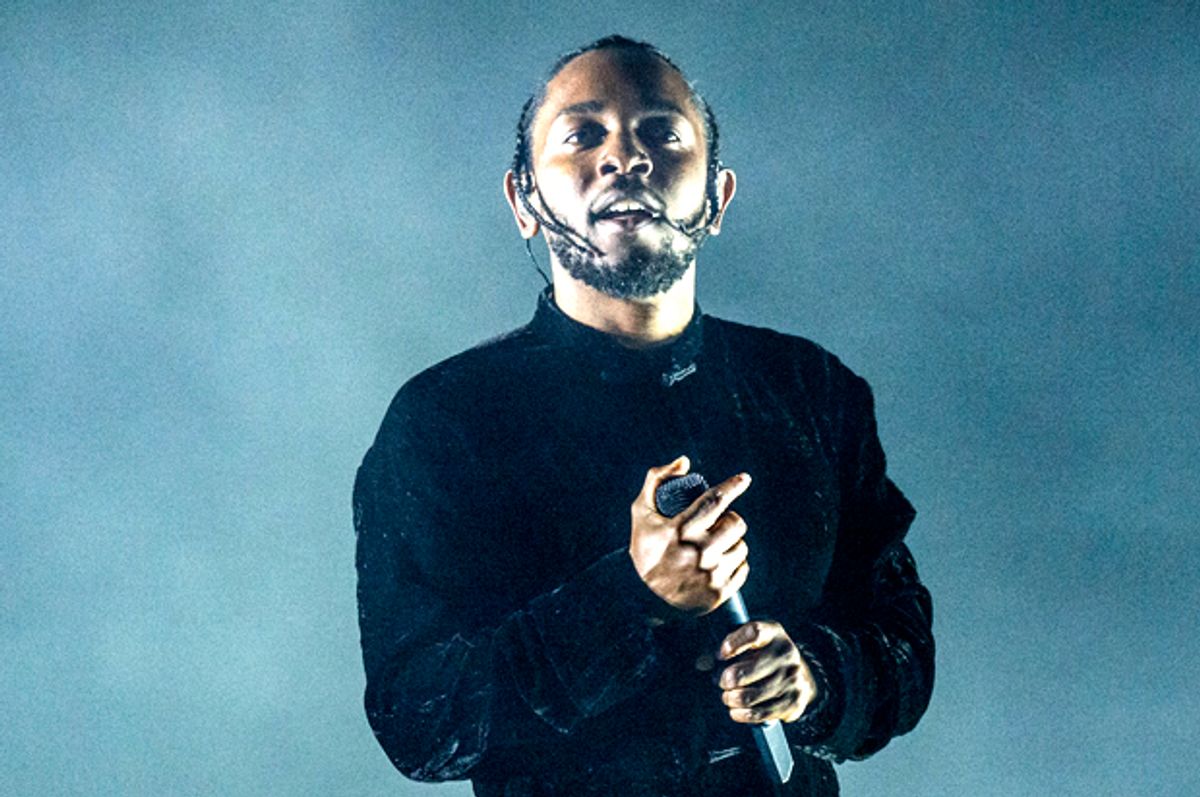 Damn, Kendrick Lamar’s new album may be the best collection of music I've heard in the past 20 years. I'm not going to review "DAMN." myself; you can read my colleague Max Cea's amazing Salon review. Instead, I'd like to focus on a few transformative lines in the last verse of the album's last song.

When "DAMN." first dropped on Friday, I played it while leaning on the side of my car parked on the Caroline Street side of the Douglass Homes, waiting for my friend Lor Cuz to come out. Kendrick’s tangled flow cranked out of my speakers loud enough for most of the people who walked by to admire. Some danced a bit and a few people I don’t even know stopped by like, “Damn! That is out!” or “I gotta go get that ASAP!”

Lor Cuz bolted through the courtyard, pulling a new white T-shirt over his head.

I was taking Lor Cuz to pick up his car from the auto glass shop. The next day was his birthday, which he believes should be a national holiday, and he was already in party mode.

Thirty is something we don’t game plan for, or at least I didn’t. I remember a few years back freaking out on my 30th birthday from a combination of survivor's remorse and not having the bulk of my closest friends around to celebrate a milestone that so many from my community never reach.

“I feel you, bro; you turned two or three times already,” he said, chuckling. “So I know it’s not a big deal for you!”

“I’m the best looking 90-year-old you ever saw!" I joked, pulling the car into a Popeyes parking lot."You want something?"

“Yeah, gimme a spicy two-piece white meat joint and an orange soda. Oh and an extra biscuit. Matter fact, gimme some rice and beans and an apple pie, too.”

I got out of the car and ordered our food. I had to wait for the spicy chicken so I sat on the bench by the door and started scrolling through emails like I always do. Love and hate and genius and bumbling-idiot messages reach me every day. I try to read them all and reply to most of the positive ones, but on that day, this one stuck out:

I don’t want to waste your time. But I want to tell you how much you have inspired me. I have read both of your books and they had me at a loss of words. The way you put your thoughts into words, are perfect. You have inspired me to publish a book. I want to be just like you. I have written a lot of poems. I take creative writing in high school and I plan to take it as well in college. Thank you for sharing your works with everyone. I am very excited for more books to come. You have my support. I hope you have good one. Once again, thank you so much.

I love when people see writing for a living as an option; it validates everything I stand for. As I started to reply, the woman at the register yelled, “Here go ya spicy, baby! Threw some extra in there for the wait. Thank you!”

I thanked her back, shooting a thumbs-up and then headed back to the car. Lor Cuz was lost in a deep head nod, the kind that sprains necks, one of those head nods that can only be conjured up by a potent illegal substance or a new Jay Z freestyle — and Jay Z hasn’t dropped in a minute, and Lor Cuz doesn’t do drugs.

“What’s up, man,” I said, climbing into the driver’s side.

“This Kendrick song 'Duckworth' just put him on a whole 'nother level, bro! Wow! I don’t even want my chicken anymore, man. Listen, our whole wave is a mistake, bro; we so lucky to be here, we gotta live it up!”

I laughed and asked him to run it back. The track is cold; Lamar is such a blues man, I thought, as I ran it back and again and again and again. Before we knew it, we were at the auto glass place. I gave him a pound and a "Happy birthday" before he jumped into his car and blasted the same song down Belair Road.

“Yoooo!” I screamed in his rear view. “You forgot your chicken!”

The Mexican guy at the shop gladly took it, and I headed back to my office. The song was so good that I didn’t even listen to it on the way back; I just wanted to reflect — not just on the music, but on what Lor Cuz said.

"Our whole wave is a mistake, we gotta live it up."

Lor Cuz’s quote summarizes the track that was stuck in our heads. The transformative ending to the song I spoke of earlier in the essay goes like this:

You take two strangers, and put 'em in random predicaments; give 'em a soul
So they can make their own choices and live with it
Twenty years later, them same strangers you make 'em meet again
Inside recording studios where they reapin' their benefits
Then you start remindin' them about that chicken incident
Whoever thought the greatest rapper would be from coincidence?
Because if Anthony killed Ducky
Top Dawg could be servin' life
While I grew up without a father and die in a gunfight

The two strangers are Anthony “Top Dawg” Tiffith, the founder of Kendrick’s label, and Ducky, Kendrick Lamar’s father. In the song, Kendrick raps about Anthony robbing the chicken spot where his dad worked as a cashier, and deciding not to shoot him because he was always a nice guy who threw in extra biscuits. Those extra biscuits saved his life — and maybe Kendrick’s as well. Kendrick feels his whole career is a fluke because if Anthony would’ve murdered his father, he would’ve served life in jail causing Kendrick to grow up without a dad and probably getting caught up in the same wave of violence.

Deep. Deep enough to force guys like me and Lor Cuz to reflect on our own lives. He works with young people and I have toured the country, visiting hundreds of schools and donating thousands of books. We work hard to make a difference — not on the internet but by really working with people — and both of us almost lost our lives to violence multiple times. Bullets blown past us, bullets around us, bullets in us, and I’m not talking 10 years ago, either. Lor Cuz was getting a new windshield because someone recently shot his out.

Luckily, we are still here advocating for young people, creating critical thinkers and trying to help others have better experiences than we had. But what if those shots had canceled us? What’s even scarier is the number of young people we're burying every day. Imagine all of the talent we will never see.