All in the family: Ivanka Trump won 3 trademarks in China after dining with Chinese President Xi Jinping 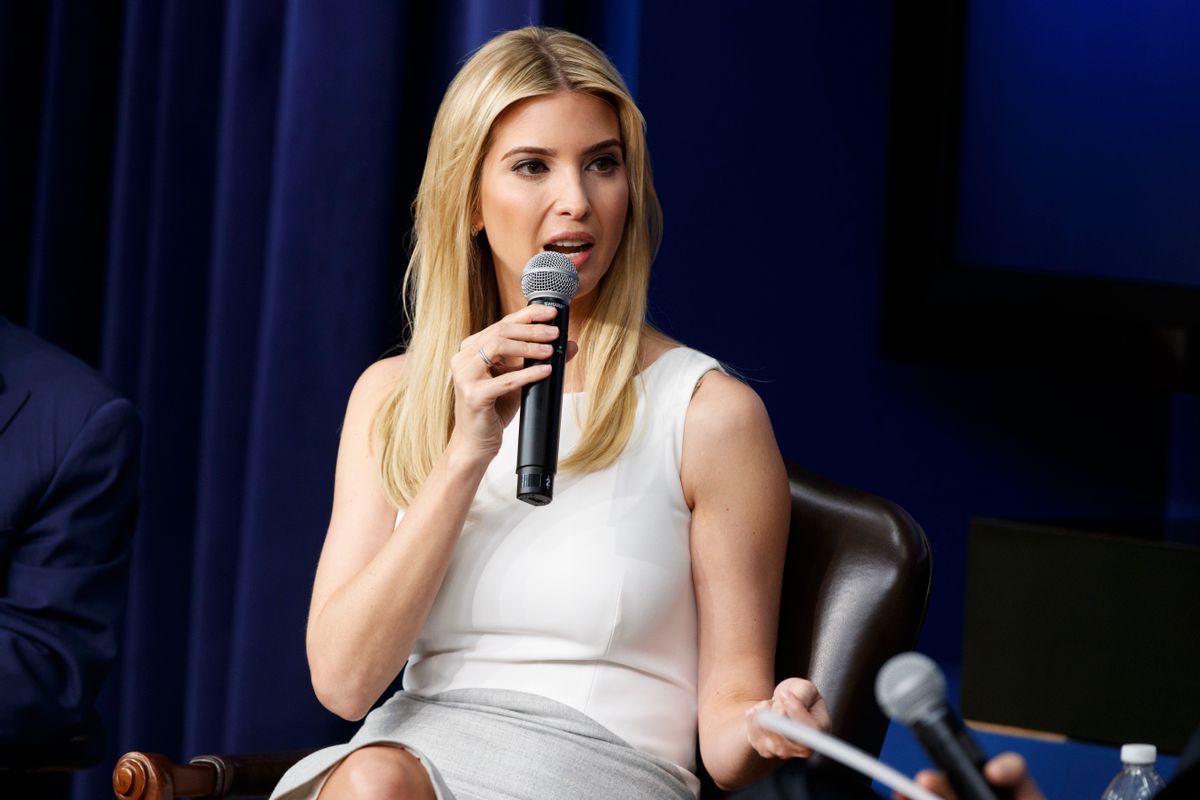 President Donald Trump may be giving government ethicists headaches with his dozens of trademarks that have been granted in China — a process that gathered steam after Trump recognized a One China policy — but that doesn't mean his daughter, Ivanka Trump, isn't also mixing government responsibility with personal profit.

The Chinese government granted Ivanka Trump's company provisional approval for three new trademarks on April, according to a report by the Associated Press. This will include monopoly rights to sell her distinct brand of jewelry, bags, and space services. The decision was made, notably, on the same night that Ivanka and her husband Jared Kushner dined with President Xi Jinping on steak and Dover sole at Mar-a-Lago.

Richard W. Painter, who served as chief White House ethics lawyer under President George W. Bush, told the Associated Press that Ivanka Trump should "put the business on hold and stop trying to get trademarks while you're in government."

Norman Eisen, who served as chief White House ethics lawyer under President Barack Obama, also told the Associated Press that Ivanka Trump "has so many China ties and conflicts, yet she and Jared appear deeply involved in China contacts and policy. I would never have allowed it. For their own sake, and the country's, Ivanka and Jared should consider stepping away from China matters."

Ivanka Trump's attorney, Jamie Gorelick, released a statement saying that "Ivanka will not weigh in on business strategy, marketing issues, or the commercial terms of agreements. She has retained authority to direct the trustees to terminate agreements that she determines create a conflict of interest or the appearance of one."