Eric Trump: My father's frequent golf trips are a "very effective tool" of the presidency 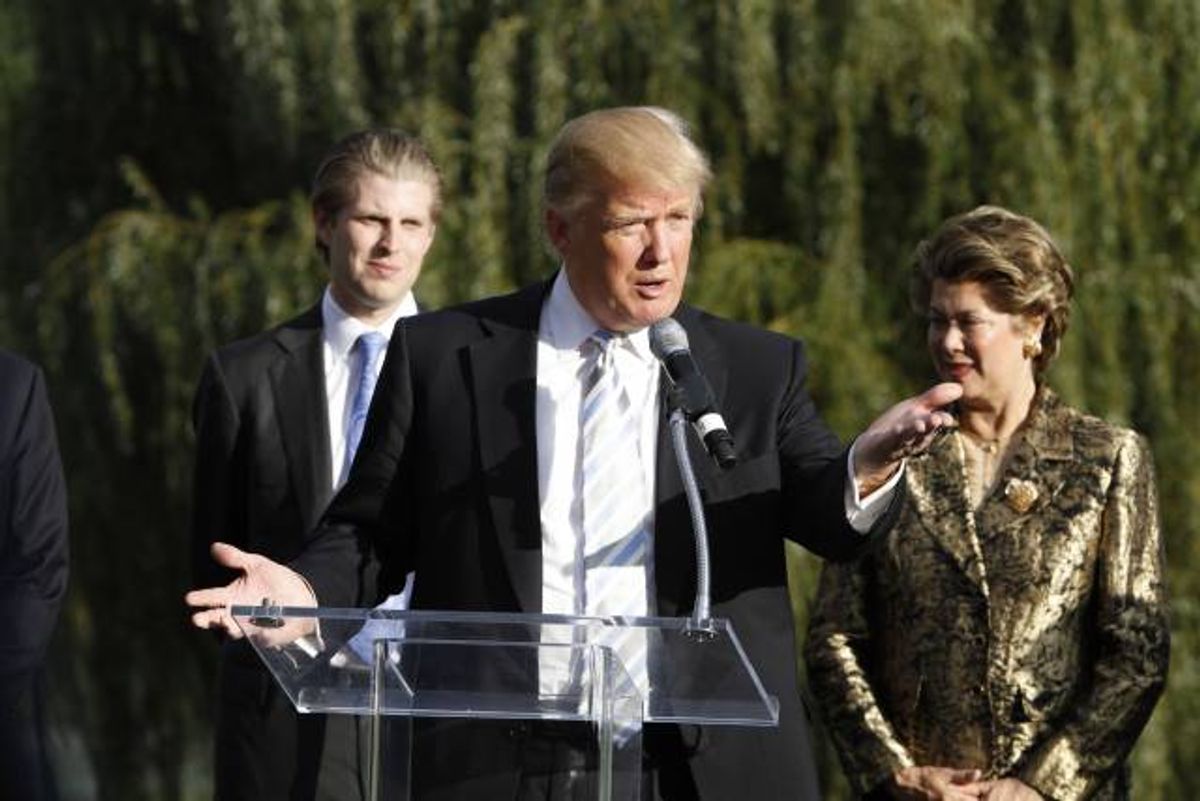 President Donald Trump may have a reputation for being both thin-skinned and a terrible bully, but according to a recent interview with his son Eric Trump, the problem is that the media just too "mean" to him.

In a recently published interview with the Irish Independent at the Trump International Golf Links and Hotel in Doonbeg, Co Clare, Trump's second son said that the main lesson he learned from his father's election was "how dishonest and disconnected the media were from the American population. I also realized how mean the process is. It's something that is not spoken about enough."

The younger Trump also minimized the impact of "every sensational blogger who is trying to get a couple of clicks, who is totally irrelevant, and no one reads their column," later describing his online critics as "every little one blogger who is out there writing some sensational article."

While Trump also criticized the media for attacking his younger sister Tiffany and younger brother Barron (a criticism that this author has echoed in the past), he insisted that he and the other Trump children have been "forced to develop an armour and that's fine. I think we do it very well. You learn to ignore it."

He added, "Politics is a mean game. I always said real estate is the most cut-throat industry in the world - but it is nothing compared to some of these politicians."

But, Eric Trump argued, his father's frequent golf trips are making him a better politician.

“You can sit with somebody in a golf cart where there might be cultural differences and language barriers and have a good time and build a friendship in a way that you could never do sitting across an office table from someone,” Trump said, pointing to his father's trips to his Mar-a-Lago resort.

Trump described Mar-a-Lago as “an amazing estate that has been a very effective tool” for his father to “get to know somebody.”

Later in the interview, Trump mentioned that the thing that bothers his father the most are "the falsehoods."