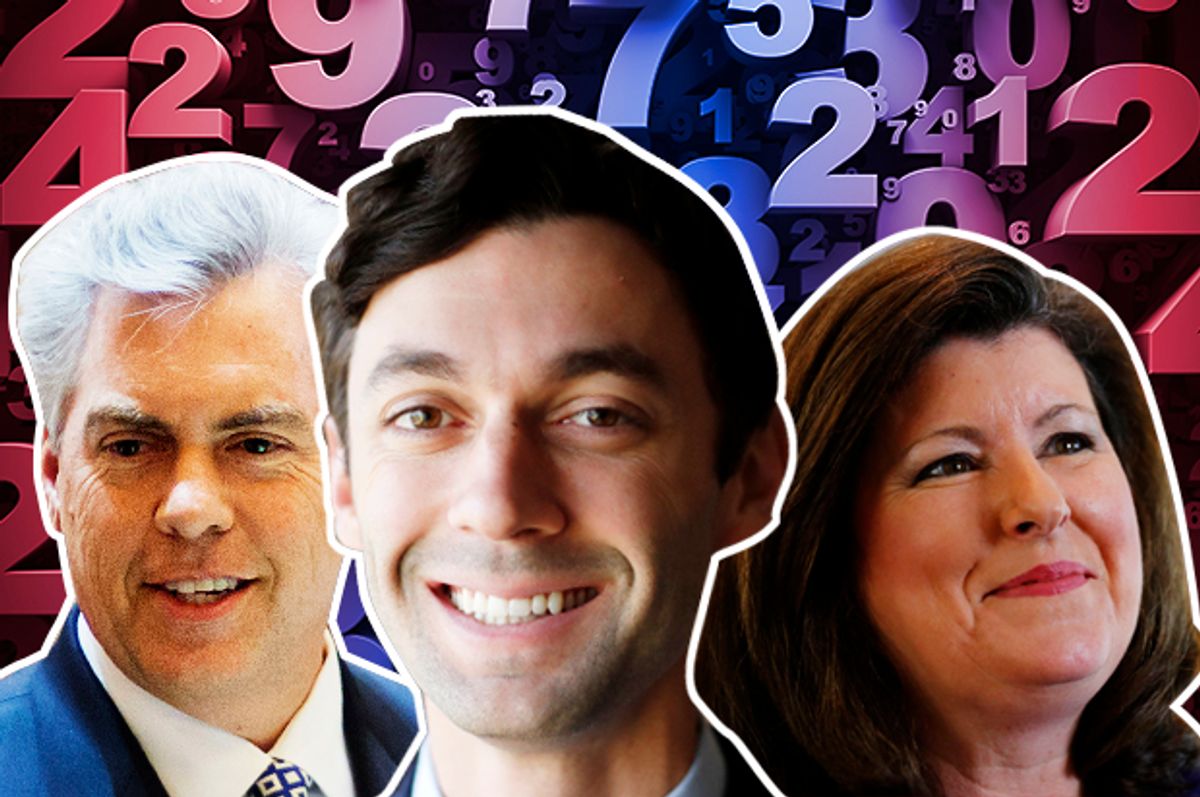 All eyes are on the special election that will be decided Tuesday evening in Georgia’s 6th Congressional District. Republicans have held this seat since voters in the northern Atlanta suburbs selected a young conservative named Newt Gingrich in 1978. Most recently, this was Tom Price’s seat before he joined President Trump’s Cabinet as secretary of health and human services.

Price won re-election last November with 62 percent of the vote. Tuesday night, however, might yield a surprising — and complicated — result. It would be fairer, simpler and more democratic for all if Georgia used ranked-choice voting.

Polls show a Democrat, Jon Ossoff, far ahead in an 18-candidate field. That’s right: Eighteen candidates are competing in this “jungle primary,” and almost a dozen of them are Republicans. All these candidates are pitted against one another. If anyone clears 50 percent this evening — and with Democrats largely united, Ossoff is the only one within striking distance — he or she heads to Washington. If no one wins a majority, the top two finishers will compete in a June 20 runoff.

That means the Republican candidates have two possible goals: The first is to keep Ossoff's take below 50 percent. The second goal is to come in second and earn a clean one-on-one against the 30-year-old former congressional aide in a district that’s almost 10 percent more Republican than the rest of the country.

Tricky, right? Imagine being a Republican voter in this district. You’d have to make a complicated strategic decision: Would you vote for the candidate you like the most? Or the candidate you think would have the best chance against Ossoff in a runoff? Which candidate is the spoiler, and what vote would be “wasted”?

The leading Republican appears to be Karen Handel, Georgia’s former secretary of state. Three others — conservative businessman Bob Gray and two former state senators, Dan Moody and Judson Hill — are her closest competition. An aggregation of recent polls by FiveThirtyEight puts Handel at 18 percent support, with Gray at 13 percent and Moody and Hill each at about 9 percent. Indeed, according to that analysis, Republican candidates have the cumulative support of 51 percent of voters and Democrats just 48 percent. So the complicated calculus facing GOP voters matters.

What if Georgia allowed voters to rank the candidates instead? A voter who preferred Moody but would take any Republican over Ossoff could order his or her preferences without fearing that a vote for the third- or fourth-leading GOP candidate would be a spoiler. A moderate Republican might pick Ossoff second, rather than risk advancing a candidate he or she could not support into a runoff where the Republican candidate will presumably have an advantage.

How would it work? Ranked-choice voting (sometimes called “instant runoff voting” and “preferential voting”) is a proven method designed to accommodate more than two choices. When used to elect one candidate, ranked-choice voting essentially simulates the math of traditional majority runoffs — but in one trip to the polls, without requiring multiple rounds. Voters have the freedom to rank candidates in order of choice: first, second, third and so on.

Much fairer, right? Georgia’s system gets one thing correct: It requires majority rule. No candidate can clinch this evening with less than 50 percent of the vote, and that’s how it should be. People shouldn’t worry that a primary vote for their preferred candidate might contribute to a member of the other party winning the seat with a mere plurality.

The calculation is similar in the first round of France’s upcoming presidential election this weekend, where a similar “top-two” runoff system is in place. Having a runoff will uphold majority rule, with likely first-round leader Marine Le Pen facing an uphill challenge to win, given the polarizing nature of her campaign. But an election that features four leading candidates — Le Pen, centrist independent Emmanuel Macron, center-right stalwart François Fillon and leftist insurgent Jean-Luc Mélenchon — could well result in a fractured vote that keeps the strongest runoff candidate from advancing. Ranked-choice voting would reduce the odds of this spoiler effect as well.

Furthermore, runoff elections at a later date can be uncertain and costly. Turnout tends to be dramatically lower then than in the first round, so such elections can be less representative and fair. Why make everyone come back to the polls again, after two more months of negative ads? If no one reaches 50 percent on Tuesday night, why should the sixth district's voters be deprived of a voice in Congress for several more weeks, when an instant runoff could declare a majority winner tonight?

Both Democrats and Republicans are prepared to declare victory Tuesday. If Ossoff wins, it will be seen as a negative referendum on President Donald Trump and an early sign that the GOP may face serious trouble in the 2018 midterms. If Republicans keep him below 50 percent, their candidate will likely be favored in June. But we don't need two more months of tiresome spin — or a late spring runoff decided by relatively few voters. The will of the district could be made clear Tuesday night if our electoral systems allowed voters a real choice: a ranked choice.