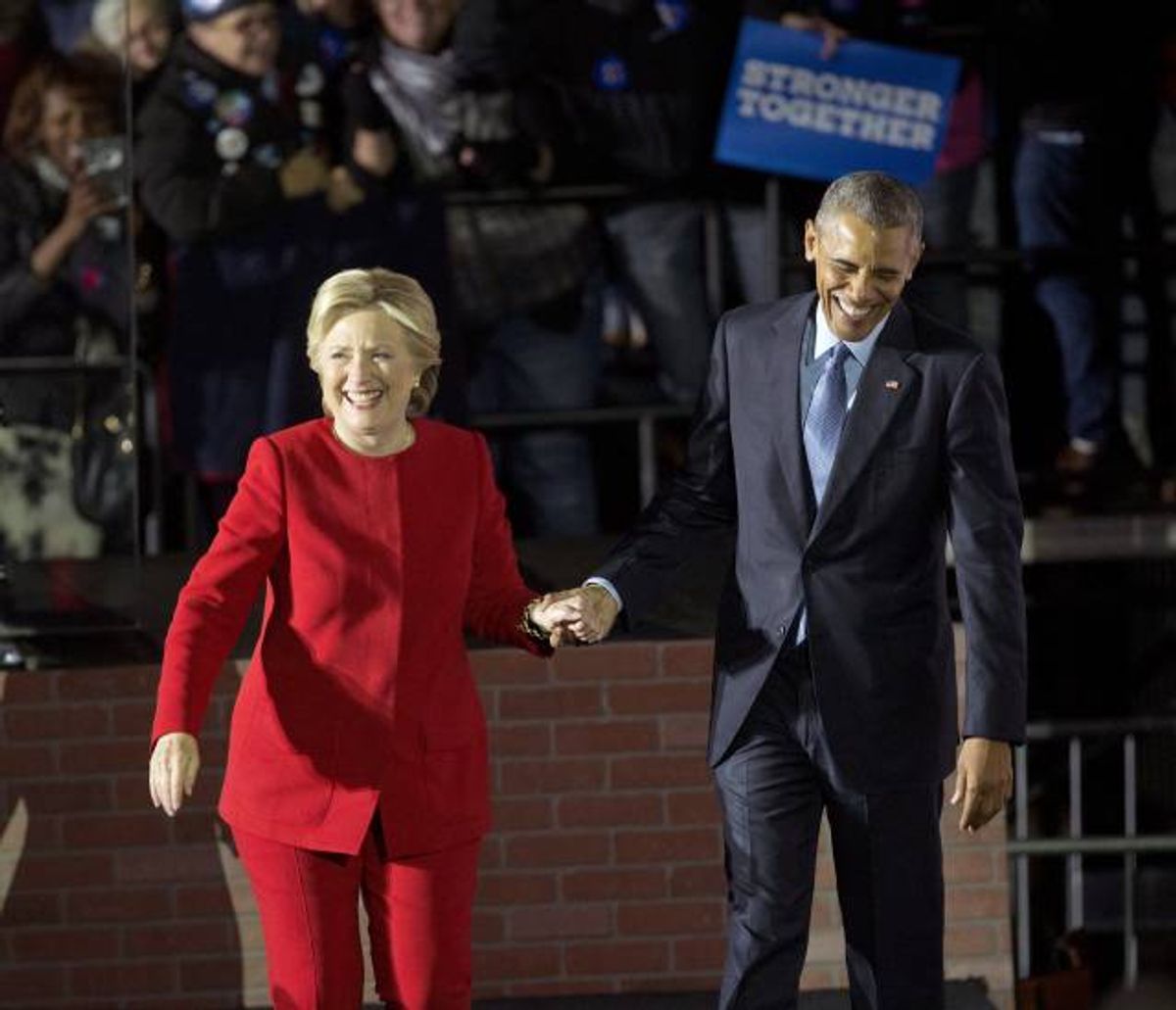 President Barack Obama and Democratic presidential candidate Hillary Clinton hold hands as they walk off stage after both spoke at a rally at Independence Mall in Philadelphia. Monday, Nov. 7, 2016 (AP Photo/Pablo Martinez Monsivais)
--

Hillary Clinton's loss to Donald Trump in the 2016 presidential election ranks as one of the greatest upsets in American political history. According to a new book, released just months after the stunning election, it was a defeat that scared Clinton so badly she has given up ever seeking higher office again.

While Clinton partially attributed to misogyny during a women's empowerment event at Georgetown University earlier this month, according to a leaked passage from an upcoming book chronicling her 2016 presidential campaign, it appears that the loss was stunning enough to convince Clinton that she will never run for president again.

There is a passage in the upcoming book "Shattered: Inside Hillary Clinton's Doomed Campaign" that chronicles the events on the night of Clinton's historic loss to Trump, according to a report by The Hill. As Clinton read a draft of her concession speech, she told her chief strategist Jake Sullivan that "look, I really just want to concede gracefully, wish him the best, thank everybody, and get off the stage. This is not a moment for me to do more than that."

In response, Sullivan insisted that Clinton describe how Trump is "temperamentally unfit and that he would be dangerous" and that "you made a case that all these people’s rights and safety are in danger— if you meant that, you should say it." Upon hearing this, Clinton replied that attacking Trump wasn't her "job anymore."

As she saw it, "other people will criticize him. That’s their job. I have done it. I just lost, and that is that." She then added, "That was my last race."

In a December survey taken of the Democratic presidential prospects for 2020, a staggering 62 percent of respondents did not want Hillary Clinton to run for president again.

The book also revealed that Clinton apologized to Barack Obama after losing the election.