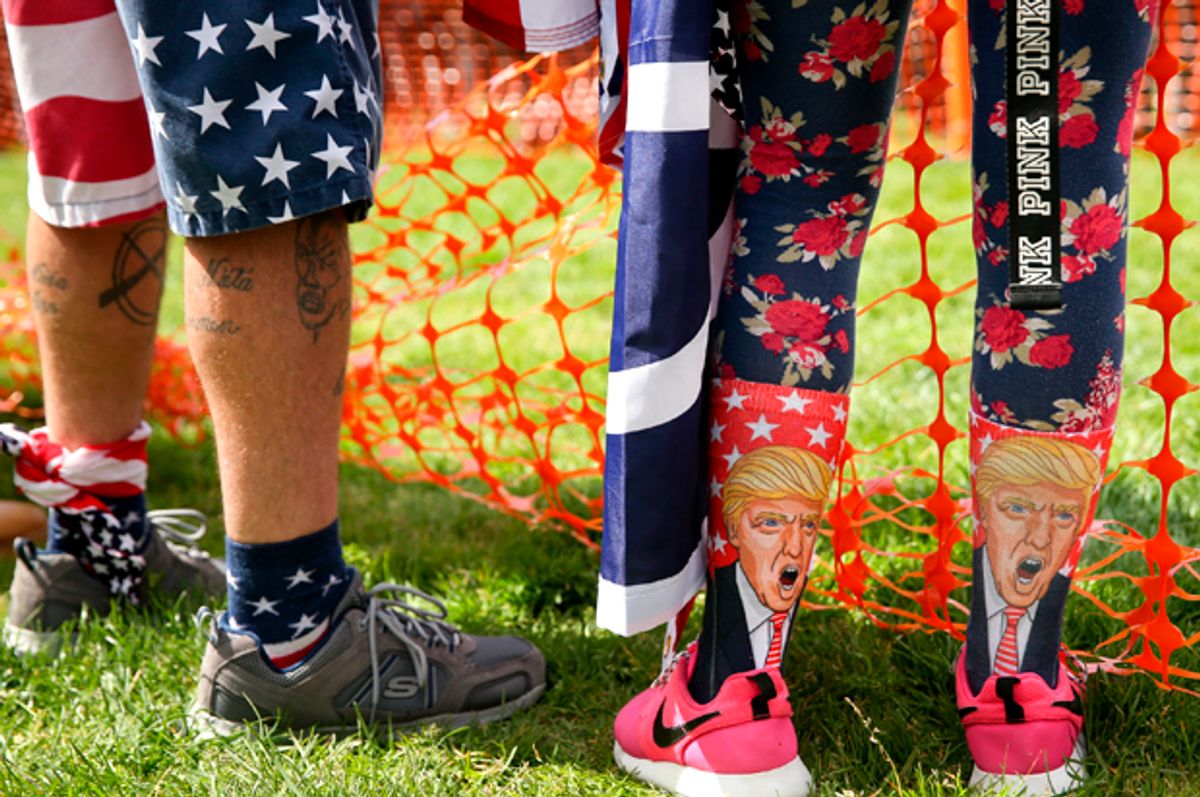 BERKELEY, CA - APRIL 15: A Trump supporter sports Trump socks at a "Patriots Day" free speech rally on April 15, 2017 in Berkeley, California. More than a dozen people were arrested after fistfights broke out at a park where supporters and opponents of President Trump had gathered. (Photo by Elijah Nouvelage/Getty Images) (Getty/Elijah Nouvelage)
--

Psychologist Sheldon Solomon is the guest on this week's episode of "The Chauncey DeVega Show." He is a leading authority on social psychology and is one of the scholars who developed what is known as "terror management theory." Dr. Solomon has written numerous books and articles including "In the Wake of 9/11: The Psychology of Terror" and "The Worm at the Core: On the Role of Death in Life."

Sheldon and I discuss how existential angst and death anxieties influenced Trump's voters, Trump and destruction, how emotion can overcome reason in political decision-making, whether or not any headway can be made in convincing Trump's "deplorables" and other supporters to return to "normal politics," if individuals and cultures truly change, and the lack of expert voices on the role of psychology and politics in the mass media.

On this week's show, I also share some thoughts about being an only child and product of the working class, explain why I believe White House spokesperson Sean Spicer is an anti-Semite and Holocaust-denier, and offer some thoughts about the new "Star Wars: The Last Jedi" trailer and also the amazing second season of Sundance's "Hap and Leonard." You'll want to listen for the newspaper story from the Chicago Tribune I found about how "hillbillies" were overrunning the city during the 1950s, too.