Netflix and watch Adam Sandler: "Members have spent more than half a billion hours" watching his films 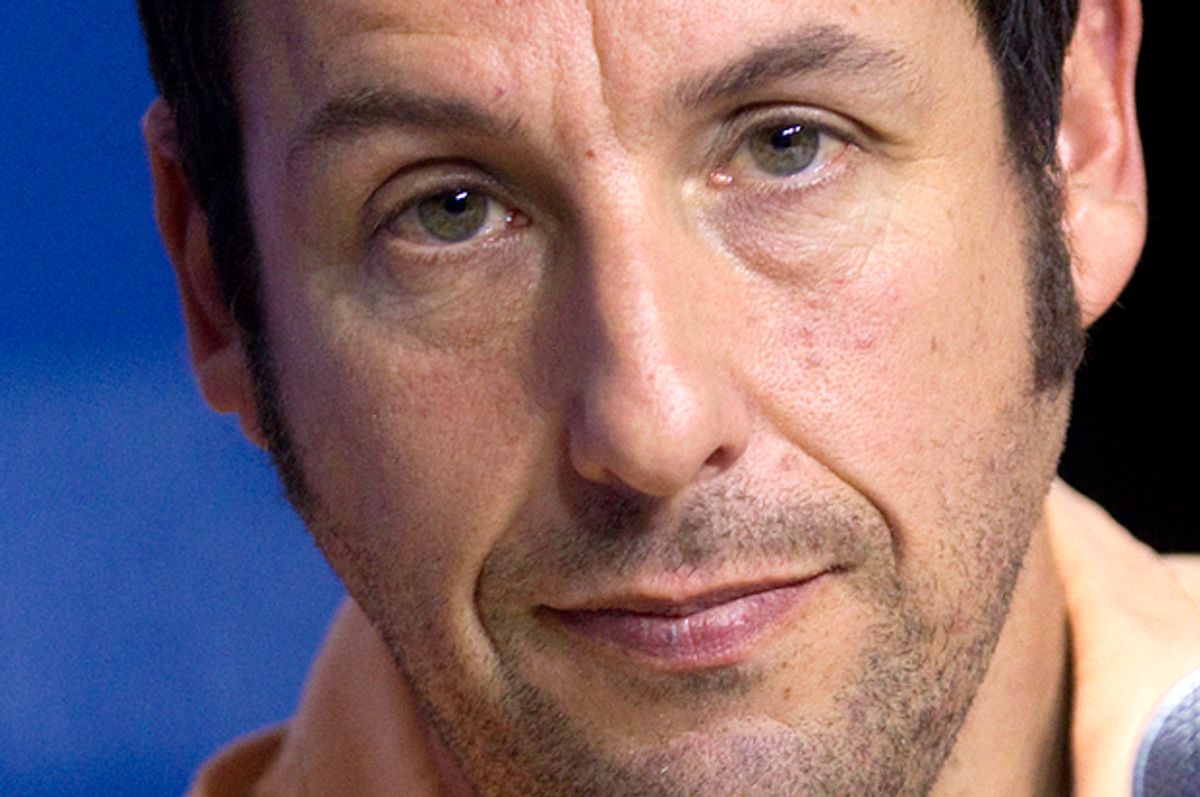 Netflix signed an exclusive four-movie deal with the actor in 2014, and the company has just confirmed another for four more. Why? Netflix subscribers love Adam Sandler. So much so that the company's 98 million users have collectively watched over 500 million hours of the 50-year-old's work.

Netflix CEO Reed Hastings offered the statistic in an investor letter distributed Monday that reflects viewing from December 2015 to present.

The streaming service released their first original Sandler movie — "The Ridiculous 6" — in 2015. The film was "viewed more in its first 30 days than any other film on the service," BuzzFeed reported. Although reviews weren't great (the movie has a 0-percent rating on Rotten Tomatoes), Sandler's brand of comedy is iconic.

“We continue to be excited by our Sandler relationship and our members continue to be thrilled with his films," Hastings wrote. "Since the launch of 'The Ridiculous 6,' Netflix members have spent more than half a billion hours enjoying the films of Adam Sandler."

Every week, Netflix members are collectively watching one billion hours, a 42.5 billion hour increase from 2015, Hastings said. That number is likely to go up as Netflix will soon house eight Sandler exclusives on its service, and more and more people go on late-night binges.