Tom Cotton defends Donald Trump's tax return dodge: "He normally puts his name on buildings where he has them"

Tom Cotton doesn't care about Donald Trump's tax returns, even though his constituents do 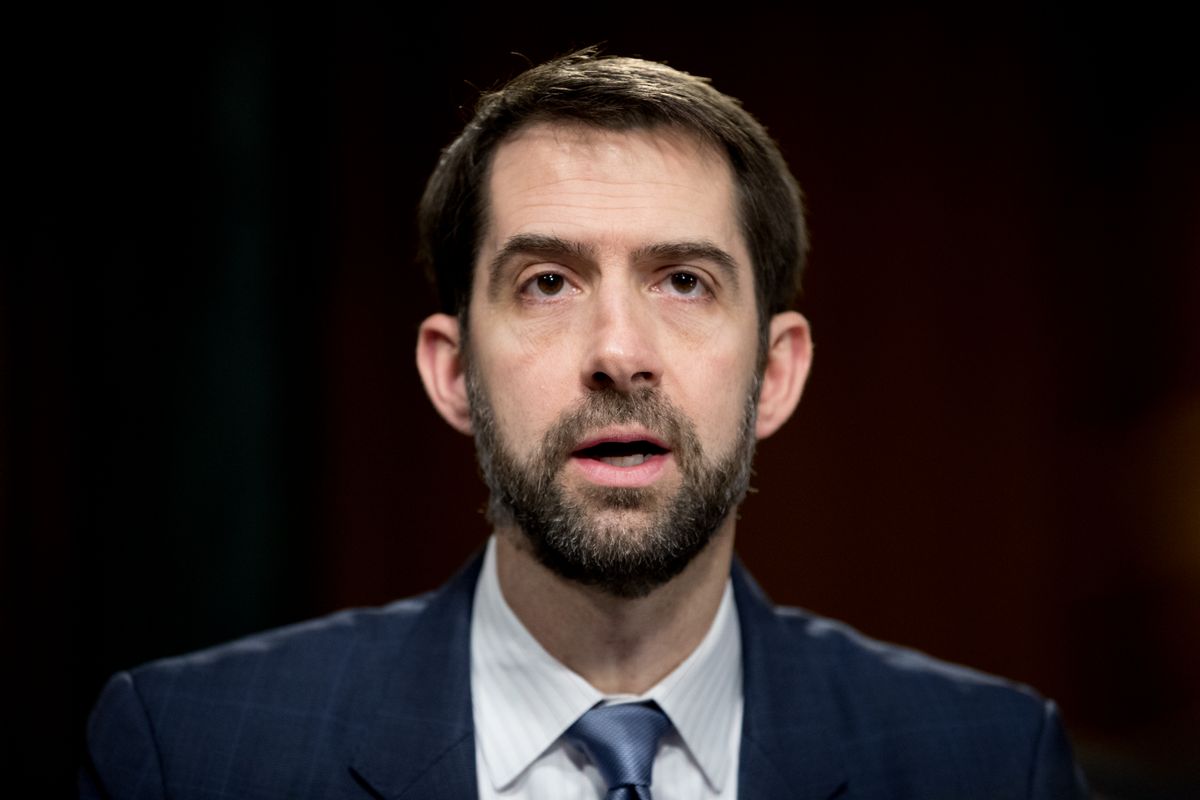 Republican Senator Tom Cotton of Arkansas has faced hostile town hall meetings in the past, but his adamant support of President Donald Trump's refusal to release his tax returns caused him new headaches during an event in Little Rock on Monday.

"As far as your points about his relationships overseas, I would just make two replies," Cotton said, leading to boos." Every federal officeholder, every candidate for office files a financial disclosure statement that shows your assets and your liabilities and second, it doesn't take a lot of effort to find out where Donald Trump has connections overseas. He normally puts his name on buildings where he has them."

During a town hall meeting in February, Cotton was confronted with a question by a 7-year-old named Toby Smith who claimed that "Donald Trump makes Mexicans not important to people who are in Arkansas who aren’t Mexicans" and that he was "deleting all the parts in PBS Kids just to make a wall."

The controversy over Trump's tax returns was revived on Monday when press secretary Sean Spicer claimed that the 2016 returns could not be released because they were under audit.

Spicer told reporters, "The president is under audit; it’s a routine one. It continues, and I think the American public knows clearly where he stands; this was something he made very clear during the election cycle. We are under the same audit that existed so nothing has changed."

As Steven Rosenthal, senior fellow of the Tax Policy Center of the Urban Institute and the Brookings Institution, told Salon, "There is no legal impediment to somebody who is under audit releasing taxes and as I mentioned earlier the IRS audits every single president and vice president on their tax returns. If he continues to follow the policy of not releasing his tax returns while under audit, then we’ll never see any of these tax returns."