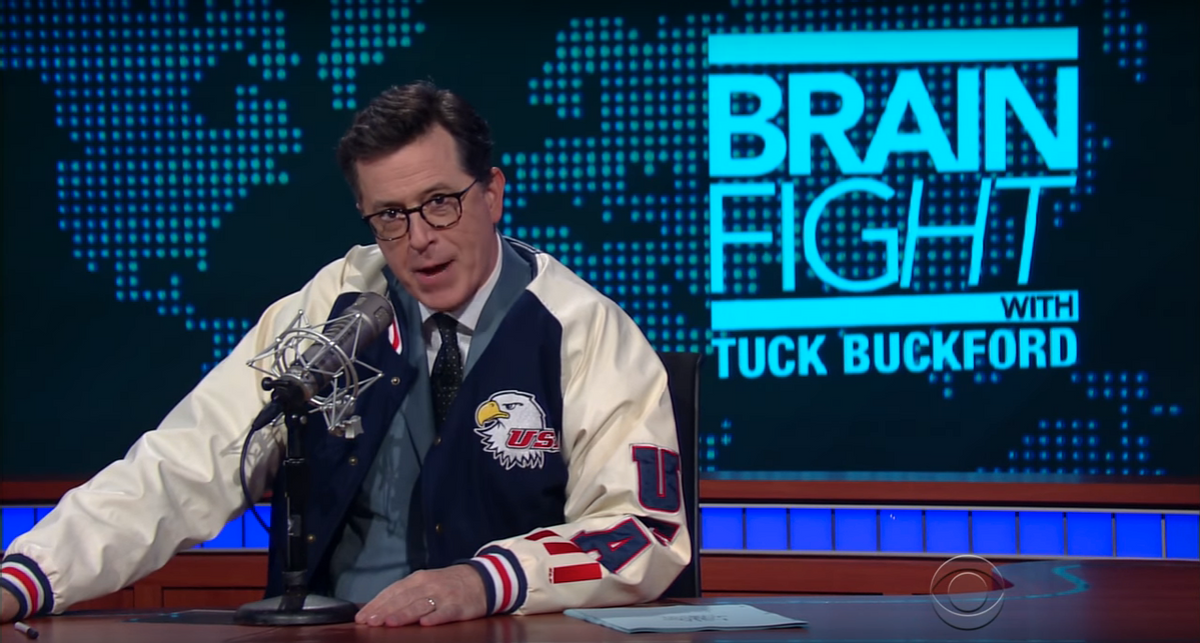 Other than Stephen Colbert, whose satirical right-wing persona rocketed him to fame and fortune, Infowars founder Alex Jones may be the only other "performance artist" who has had a real affect on politics.

To honor Jones, who's currently undergoing an ugly custody battle after a divorce, the set of "The Late Show with Stephen Colbert" briefly turned into an Infowars-like studio on Monday so that the late-night host could revive an old, satirical character.

Colbert first showed a highlight reel of Jones, just to demonstrate to the audience who this "insane radio host" is and his schtick. Last week, court documents from his child custody battle revealed that Jones considers himself as a performance artist and that the views expressed on his show are not indicative as to how he behaves as a parent.

Nevertheless, "Alex Jones seems less than a parent and more like a coked-out football coach in a police standoff," Colbert said.

Near the end of the bit, Colbert reintroduces the audience to one of his legendary characters. No, not his character from Comedy Central's "The Colbert Report," who was modeled after Bill O'Reilly, but Tuck Buckford, from the show "Brain Fight with Tuck Buckford":

Listen people, the liberals want to tattoo Obama logos onto the skin of Christian babies, okay, and it makes me want to fight. Fight with my fists, my blood is on fire, my heart is a volcano, it is time to throw a virgin in there. I am a skeleton wrapped in angry meat. I am a warrior. I am a king. One thing I am not is a performance artist, because I hate artists because Andy Warhol put chemicals in Campbell's soup that turns veterans into bisexual zombies. Now a word from my sponsor, self-lubricating catheters. Buy my vitamins.