As Bill O'Reilly's TV career implodes, let's remember the time he claimed to have crippled the French economy 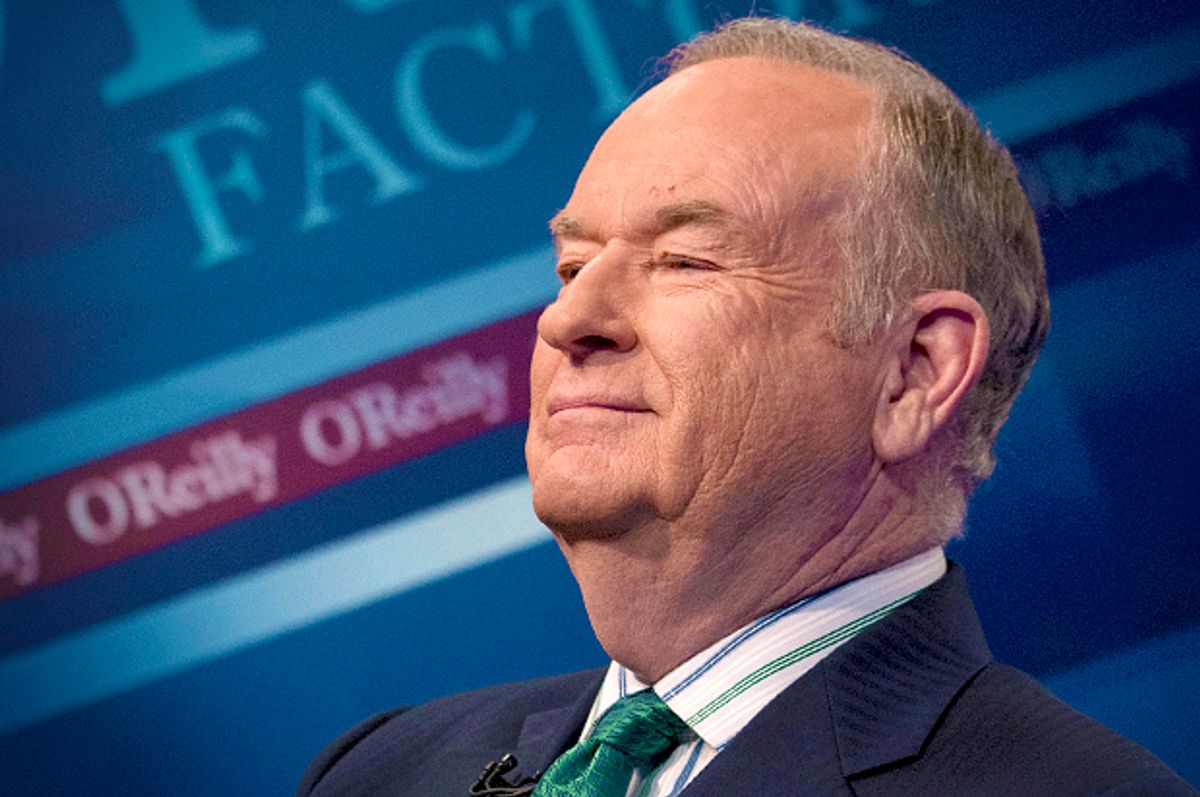 Bill O’Reilly, the longtime face and prime-time ratings champion of Fox News Channel, has finally lost his job following a sustained campaign of activist pressure over allegations that he had sexually harassed multiple women over a period of many years. His superiors at Fox News and 21st Century Fox decided to make his previously unplanned vacation permanent on Wednesday.

Such a forced and abrupt termination due to sexual misconduct charges is a fitting and humiliating end to the career of a pundit who built his brand on weaponizing outrage over the decline of “traditional” values. Throwing Bill O’Reilly off television will make America a much better place and not just because he’s been called a rampant sexual harasser who spent over a decade dodging accountability with the help of his corporate overseers.

O’Reilly was one of the chief culprits responsible for transforming cable news into a wasteland of misinformation and reflexive tribalism. He is a charismatic liar who succeeded in his dishonest craft through browbeating and intimidation. There are a wealth of examples one can choose from the long history of “The O’Reilly Factor” to demonstrate this point. For my money, the quintessential O’Reilly moment happened just under 13 years ago, in late April 2004, when the Fox News host declared to the world that he had single-handedly crippled the economy of France.

In early 2004, the Iraq War was still fairly young and enjoyed decent public support. Right-wingers and other war supporters, who were hopped up on jingoistic fervor, felt a special and irrational hostility toward France for its well-considered refusal to join President George W. Bush’s coalition of the willing for the invasion of Iraq. That hostility often found expression in the most puerile ways possible. The Republican and conservative establishment devoted significant energy to finding the dumbest and most gimmicky ways imaginable to “punish” France. Two Republican congressmen even changed the menus in House cafeterias so that french fries and French toast became “freedom fries” and “freedom toast."

Chief among the anti-France campaigners was O’Reilly, who vocally championed the Iraq invasion and regularly used his cable news perch to fulminate against Gallic treason in the post-9/11 fight against terrorism. “France wants to embarrass the United States even as it is protecting a killer like Saddam,” O’Reilly said in March 2003, adding, “I don't call for economic sanctions against France easily, but at this point, it looks like the only way we can send a message to that country which is hurting us.”

Those “sanctions” matured into a full-on Bill O’Reilly boycott of France and all French products.

The “boycott,” such as it was, consisted mainly of O’Reilly periodically reminding his viewers that a boycott was happening and that they could purchase “Boycott France” bumper stickers through his website. (Some Americans did actually try to transform their anti-French feelings into economic action, though many ended up accidentally boycotting American products with French-sounding names.) Still, O’Reilly confidently boasted that his disorganized boycott of all things French was inflicting real harm on the French economy. The supposed economic damage was so grievous that O’Reilly began threatening other countries: Get on board with the "War on Terror," or you will face the same fate as poor France.

Which brings us to April 2004 and a controversy over two American service members who fled to Canada in protest of the Iraq invasion. Incensed at the notion that Canada might grant the men asylum, O'Reilly declared that “the Canadian press has become rabidly anti-American” and “delight[s] in insulting us.” O’Reilly later invited Globe and Mail columnist Heather Mallick on his program to harangue her about the deserter situation. “If your government harbors these two deserters, doesn't send them back,” O’Reilly warned her. “There will be a boycott of your country which will hurt your country enormously.” To drive the threat home, he added, “France is now feeling that sting.”

Of course, Mallick scoffed at O'Reilly's threat. “I don't think for a moment such a boycott would take place because we are your biggest trading partners,” she shot back, adding, “I don’t think that your French boycott has done too well.” O’Reilly, his authority and potency challenged, moved to put Mallick in her place. “No, it will take place, madam,” he responded. “They've lost billions of dollars in France, according to the Paris Business Review,” he proclaimed.

The Fox News host made up a business journal on the spot to “prove” that his France boycott was really as devastating as he imagined it to be. And this wasn’t even the worst thing Bill O’Reilly has ever said.

You could pick out four or five bracingly racist on-air comments from O’Reilly in just the last year or so. And, of course, he’s a wild misogynist who allegedly harasses his female co-workers and threatens them into silence. But the “Paris Business Review” absurdity distills the Bill O’Reilly broadcasting model into its purest form: He bombastically hectored a foreign, female guest with a flagrantly dishonest argument he had cooked up in the service of shallow, aggressive patriotism and his own fragile ego.