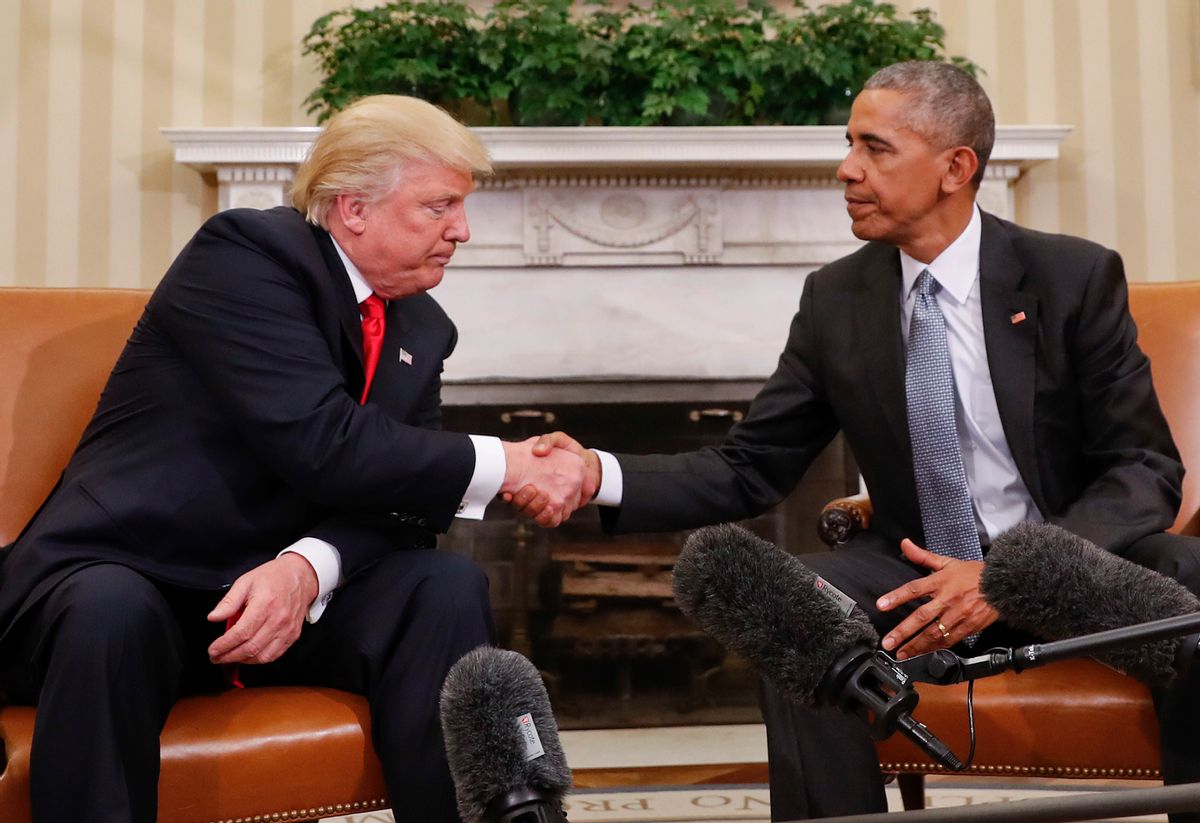 President Donald Trump seems ready to break one of his big campaign promises, even as he wavers on whether he should do likewise with another one.

While Trump's chief strategist Steve Bannon is urging the president to keep his campaign promise about pulling America out of the Paris climate accord of 2015, the president is surrounded by more influential advisers who are urging him to stay in, according to a report by the Associated Press and The New York Times. These include Secretary of State Rex Tillerson, who is a former chief executive of ExxonMobil and whose voice has been reinforced by that of many other major corporations. Similarly, Trump's daughter Ivanka and son-in-law Jared Kushner have also pushed for him to not leave the Paris climate accords.

Although staying in the Paris climate accords would avoid reversing a historic commitment to fighting man-made climate change, as well as stave off potentially seriously diplomatic ramifications, this doesn't mean Trump will suddenly be pro-environment. George David Banks, a senior White House climate policy adviser, has urged Trump to remain in the Paris climate accords but substitute Obama's anti-climate change plan with one that is more friendly toward large corporations.

Things are a little more tense when it comes to whether Trump will fulfill his pledge to get rid of the Iran nuclear weapons deal that was worked out under the administration of President Barack Obama. While Tillerson acknowledges that Iran is abiding by the terms of the deal, the Trump administration is still considering violating the deal by reapplying sanctions due to Iran's continued support for terrorism, according to a report by CNN.

"Iran remains a leading state sponsor of terror through many platforms and methods," Tillerson wrote in a letter to Congress. "President Donald J. Trump has directed a National Security Council-led interagency review of the Joint Comprehensive Plan of Action that will evaluate whether suspension of sanctions related to Iran pursuant to the JCPOA is vital to the national security interests of the United States."