Robert Reich: 4 reasons why Trump's plan to strip the IRS is incredibly dumb 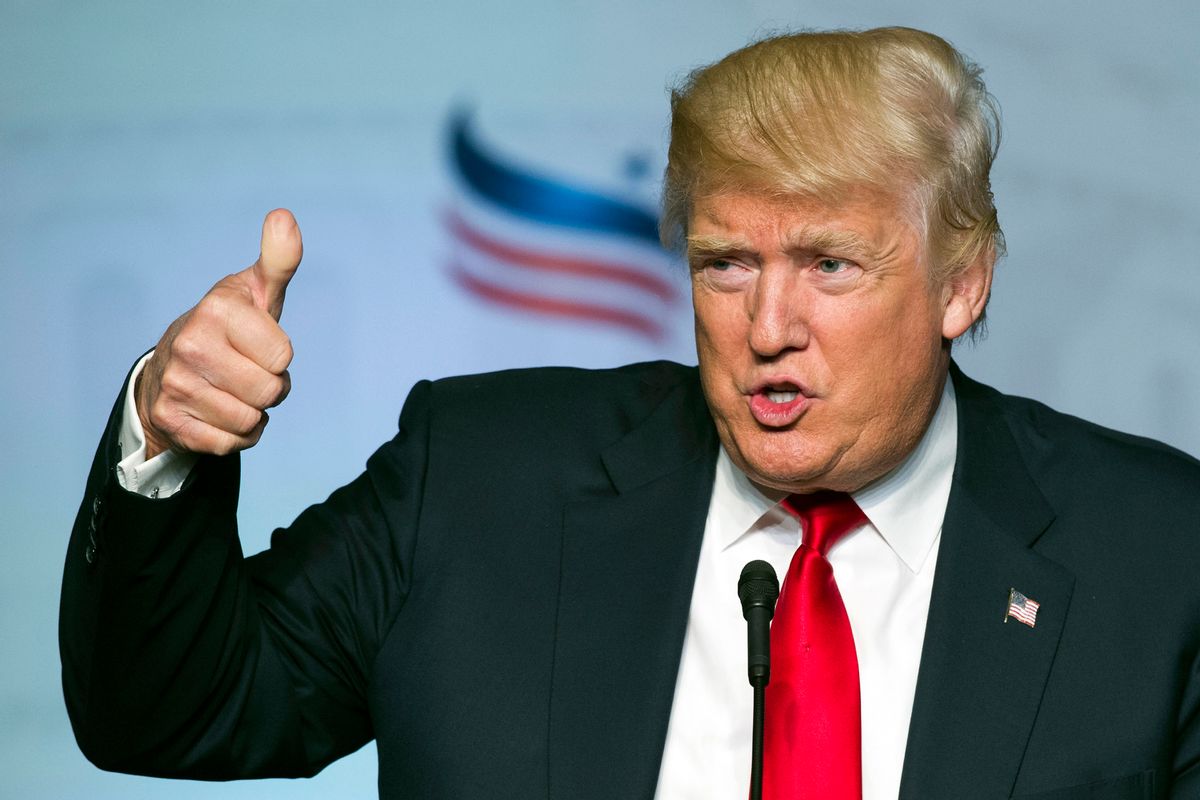 FILE - In this June 10, 2016 file photo, Republican presidential candidate Donald Trump gives a thumbs-up while addressing the Faith and Freedom Coalition's Road to Majority Conference in Washington. Presumptive Republican presidential nominee Donald Trump boils down his foreign policy agenda to two words: “America First.” For students of U.S. history, that slogan harkens back to the tumultuous presidential election of 1940, when hundreds of thousands of Americans joined the anti-war America First Committee. That isolationist group’s primary goal was to keep the United States from joining Britain in the fight against Nazi Germany, which by then had overrun nearly all of Europe. But the committee is also remembered for the unvarnished anti-Semitism of some of its most prominent members and praise for the economic policies of Adolf Hitler.(AP Photo/Cliff Owen, File) (AP)
--

President Donald Trump is proposing a 14.1 percent cut in the IRS' budget next year. This is incredibly dumb, for four reasons:

1. It won’t save money. To the contrary, this move worsens the budget deficit. That’s because every dollar spent by the IRS to collect taxes generates $4 in unpaid taxes.

3. It widens inequality. Since most IRS audits are of high-income people, the real beneficiaries of Trump’s move are the wealthy, more of whom will now be able to skirt their duty to pay taxes.

4. The IRS is already understaffed. The number of individual tax return audits fell last year to its lowest level since 2004, and enforcement levels were already down by nearly 30 percent from 2010.

Donald Trump hates the IRS and has spent years battling it. There’s reason to think he doesn’t even want to pay his own taxes. But this is no reason to explode the Federal Budget Deficit and give another windfall to the rich.