Trail of broken promises: 10 of Donald Trump's biggest flops during his first 100 days

Remember when the president wanted insurance for all? 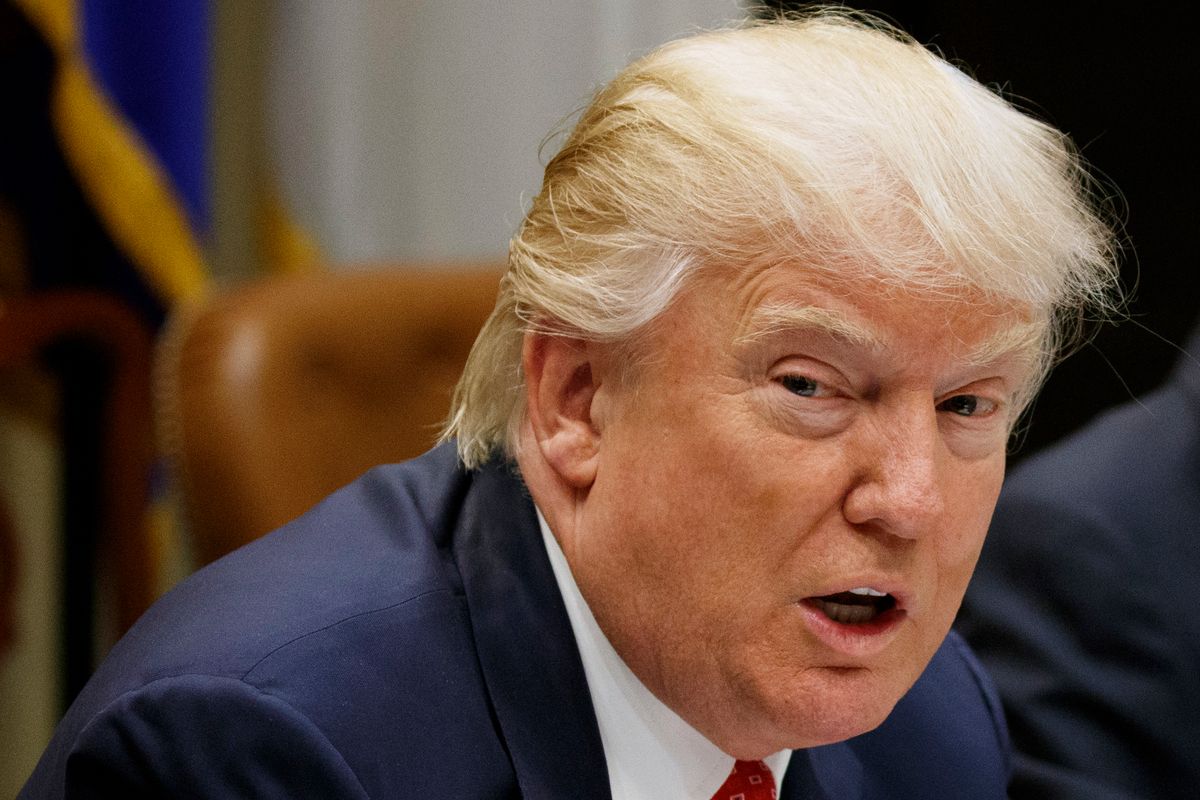 Donald Trump's first 100 days in office have been among the more disastrous in American presidential history. Not only has he seen his healthcare bill go down in flames and his discriminatory executive orders overruled in federal court, he has failed the very people who voted him into office.

Politifact has been tracking over 100 such promises, and while Trump has followed through on some, like slashing regulations, he has broken countless others. Here are ten ways he has bamboozeled his base.

Trump didn't drain the swamp; he flooded it with Goldman Sachs alumni and Bush-era officials, making his the richest cabinet in U.S. history.

2. Get Mexico to pay for a border wall

"Nobody builds walls better than me, believe me, and I'll build them very inexpensively," Donald Trump said in his presidential campaign announcement. "I will build a great, great wall on our southern border. And I will have Mexico pay for that wall."

During Trump's first week in office, Mexican President Enrique Pena Nieto reiterated that Mexico would not be paying for a wall. As for it being "inexpensive," the cost is now projected at $15 billion, approximately $120 per household.

3. Repeal and replace Obamacare with "insurance for everybody"

Trump's failure to deliver a passable health care bill last month was a total blow to his reputation as a dealmaker.

After meeting with Chinese President Xi at his Palm beach resort Mar-a-Lago, the president completely reversed his "tough on China" position.

Candidate Trump frequently targeted the "carnage" of Barack Obama's hometown and Hillary Clinton's birthplace with threats to "send in the feds" once he took office. But Chicago's murder rate remains high despite Trump's boasts last August that he could fix the problem "in a week."

6. Save the coal industry

Despite a policy and production shift, one of Trump's most audacious claims has been dismissed by top industry executives and some of his biggest supporters.

7. Stay out of the Middle East

Trump's military strike on a Syrian airbase was a complete 180 from the isolationist rhetoric he campaigned on, a move that has angered some of his most ardent supporters. The policy reversal was especially hypocritical given his criticism of President Obama in 2013.

During the fallout from his 2005 Hollywood Access tape, Trump promised at a campaign rally in Gettysburg, PA: "All of these liars will be sued after the election is over.” Five months later, he is yet to take legal action.

The notorious rallying cry to "lock up" his opponent quickly softened post-election; Hillary Clinton even attended his inauguration in January.

Bonus: Two months before his historic upset, Trump promised voters “every dream you ever dreamed for your country” would be fulfilled should he be elected. Let's just say they've had a rude awakening.