How cool were Trump voters with Bill Cosby or Bernie Madoff visiting the president? 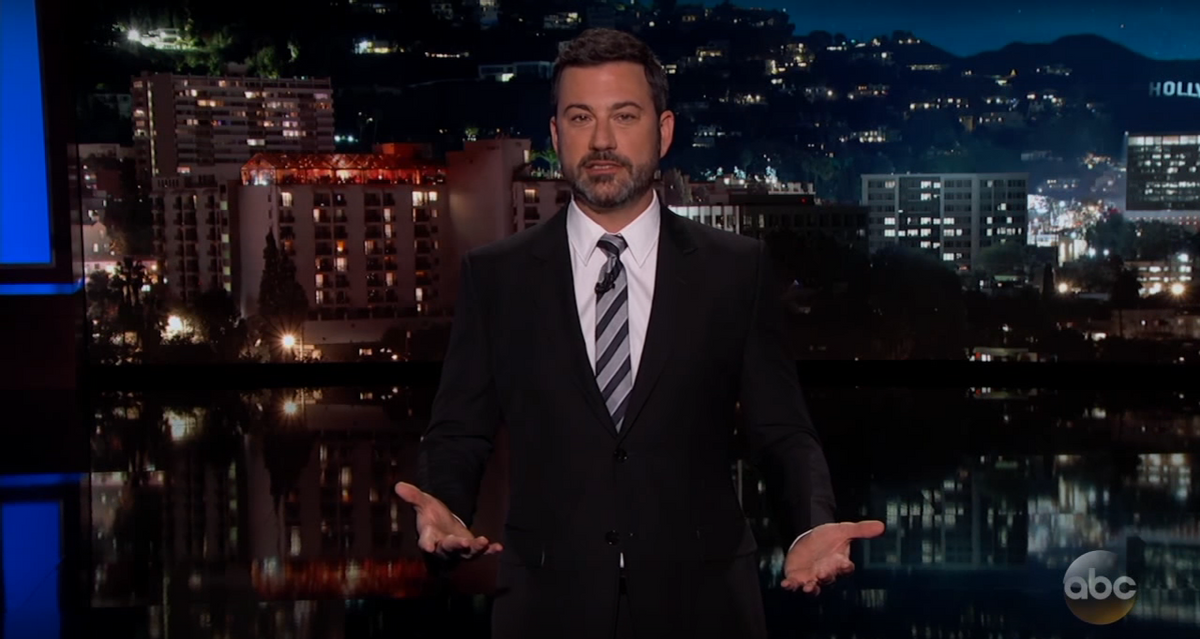 Jimmy Kimmel often wonders what it would take to convert someone who voted for President Donald Trump to the other side.

The Trump administration has already racked up a number of losses, with very few wins. One self-inflicted loss was the decision made last week to keep private the White House visitor logs which document who comes in and out of White House grounds — a break from the Obama administration, which chose to make the records available.

Kimmel wanted to test where Trump voters stand on this issue, so they sent a fake reporter on the streets of Hollywood to ask people about the surprising individuals who have visited the White House this year. From Joseph Stalin to Jared from Subway, "Jimmy Kimmel Live" made up multiple outrageous encounters with the president and asked his supporters about them.

"Donald Trump has decided to meet with Casey Anthony about child endangerment," the fake reporter told one passerby who voted for Trump.

"She's probably learned from her mistakes or learned something because she went through it," he said, desperately trying to rationalize the meeting.

"Do you think President Trump meeting with Joseph Stalin will improve U.S.-Russian relations?" the fake reporter asked another Trump voter.

"Do you have an issue with Trump meeting with Jared of Subway to discuss healthy lifestyle choices for Americans?" the fake reporter asked.

"Not at all," another Trump voter answered.

"Why do you think President Trump met with Charles Manson to get his take on the mind of a serial killer?"

"Probably just to dissect his mind," a fourth Trump voter said.  "See what his thoughts and his processes were. This way we can make our law enforcement better for it."