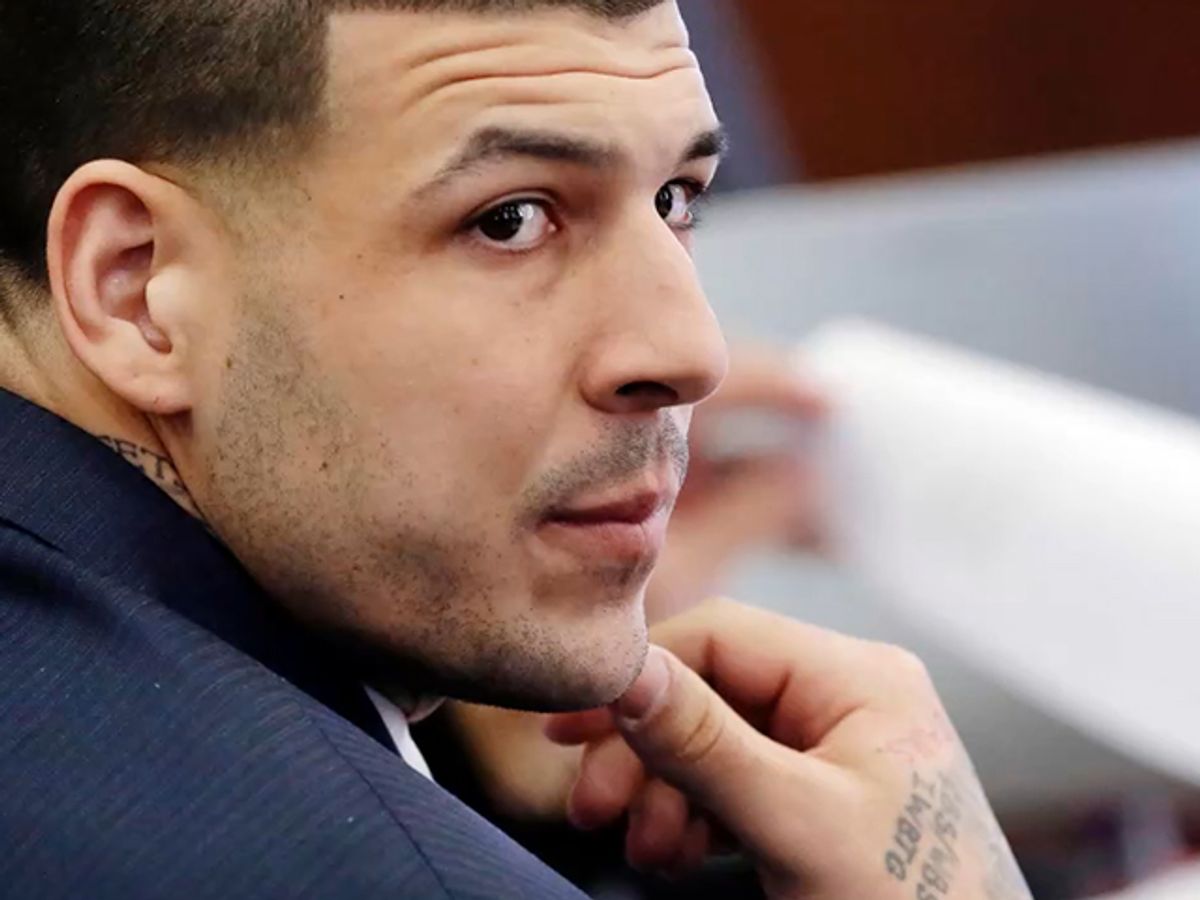 Not since O.J. Simpson has there been a more polarizing figure in professional football than Aaron Hernandez. Both were put on trial for murder: Simpson for the deaths of Nicole Brown and Ron Goldman in 1994, and Hernandez for the death of Odin Lloyd in 2013. Simpson was found innocent and set free; Hernandez was found guilty and sentenced to life in prison.

While Simpson’s life story continues to play out, Hernandez’s life story has come to an end. The former NFL tight end died April 19 after allegedly hanging himself. He was 27.

According to a Massachusetts Department of Correction spokesperson, Hernandez was found unresponsive in his prison cell at the Souza-Baranowski Correctional Center in Shirley, Mass. just after 3 a.m. After officers attempted life-saving procedures, he was rushed to UMass Memorial-HealthAlliance Hospital where he was pronounced dead about an hour later.

Hernandez attempted to barricade his cell door with various items. He appears to have hanged himself by attaching a bed sheet to the window of his single cell. Prison officials say they had no indication Hernandez was suicidal and if he had appeared to be, he would have been transferred to a mental health unit. No suicide note was found at the scene.

"The family and legal team is shocked and surprised at the news of Aaron's death," Hernandez's lawyer Jose Baez said in a statement. "There were no conversations or correspondence from Aaron to his family or legal team that would have indicated anything like this was possible. Aaron was looking forward to an opportunity for a second chance to prove his innocence. Those who love and care about him are heartbroken and determined to find the truth surrounding his untimely death. We request that authorities conduct a transparent and thorough investigation.”

Investigations will be conducted by Massachusetts police and, according to the statement, Baez’s firm. Some of Hernandez’s representatives believe his death wasn’t a suicide.

“Absolutely no chance he took his own life,” Hernandez’s former agent Brian Murphy tweeted. “Chico [Hernandez] was not a saint, but my family and I loved him and he would never take his own life.”

Hernandez’s death may also give his lawyers an opportunity to void his conviction for Lloyd’s murder. According to ESPN’s Roger Cossack, Hernandez’s legal team can file motions to vacate the conviction through a legal rule called “abatement ab initio.” Because Hernandez didn’t use all of his available legal appeals, the case has the potential of being voided. This means evidence submitted during Hernandez’s criminal trial cannot be used in civil trials against his estate.

Police claimed Hernandez arranged Lloyd’s murder with help from accomplices after Lloyd spoke with people Hernandez didn’t like at a Boston bar. Lloyd’s body was found on June 17, 2013 in a park less than a mile from Hernandez’s home in North Attleborough, Mass.

Hernandez was also recently tried for another violent crime — the drive-by shooting deaths of Daniel de Abreu and Safiro Furtado in 2012. Prosecutors claimed Hernandez opened fire at Abreu and Furtado’s vehicle while it was stopped at a red light in Boston because he was angry that one of them spilled a drink on him at a club. Hernandez was acquitted on April 14, five days before his death.

“We are aware of the reports, but I don’t anticipate that we will be commenting today,” a Patriots spokesperson said.

Hernandez was drafted in the fourth round of the 2010 NFL Draft by the Patriots and signed a four-year contract extension less than a year before Lloyd’s death. The Patriots released him hours after his arrest in connection to the murder.

If you or a loved one is having suicidal thoughts, call the National Suicide Prevention Lifeline at 800-273-8255.