Andrew Sullivan has no prejudices, so believe everything he says about everybody else 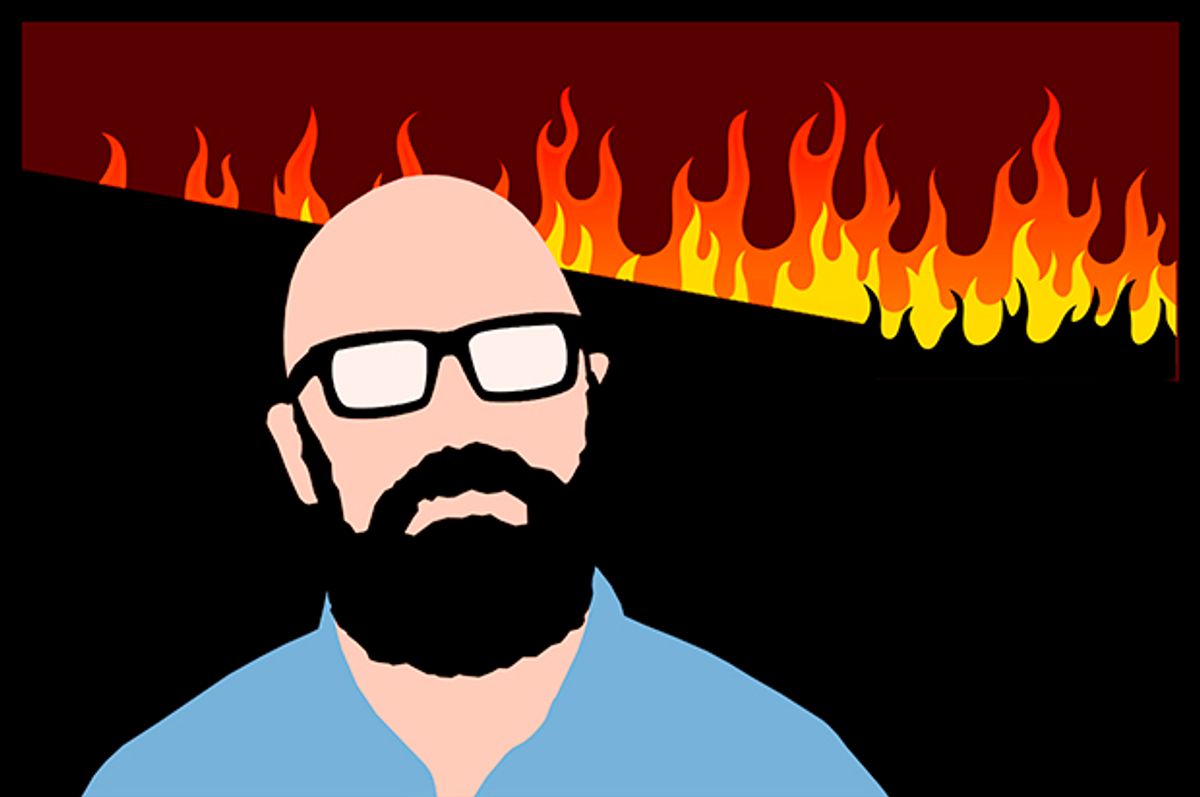 I’ve done my best in this space to avoid writing about Hillary Clinton. But like my lesser counterpart Andrew Sullivan, now trapped at New York magazine like General Zod in the Forbidden Zone, I’ve been forced to pen a campaign postmortem at least 17 times. With great moral brio, I’ve detailed Clinton’s many personal flaws — her abominable fashion sense, her unhip dance moves, her ham-handed, wooden speaking style, her unquenchable elitism, her obvious girl crush on Lena Dunham — and just cannot stop talking about her political missteps. Who can forget the time that Robby Mook said, “No worries, we’ve got all 50 states in the bag; let’s go grab a bite at Nobu”?

Also, I think this is a good time to point out that Asian-Americans are excellent at school. This is because they come from tight-knit families that value education above all else. In many ways, Asians are model Americans because they are sexually repressed and also extremely loyal. Unlike whites who spend their time bowling alone and sowing fear and division, Asians politely keep to themselves and are extremely tribal. As a steadfast observer of their cuisine, I will say, You have really figured it all out.

Hillary Clinton’s insistence, meanwhile, on continuing to be a “leader” is keeping the Democratic Party from its core missions: maintaining public-sector pension funds in large cities, offering lip service to social-justice issues, and generally condescending to white working-class people. On her own, Clinton does all those things very well, but in addition she is turning her brand into a kind of political lady cult, the kind of thing that I, a sophisticated man of letters, simply cannot appreciate or stomach. Yet she has had more comebacks than Sinatra.

Which reminds me: It’s really too bad that black people don’t have the same brain capacities of other people. I wrote about this in my essay “Different Races Are Smarter Than One Another: An Unquenchable Scientific Fact,” which I published when I was executive editor of the New Republic back in 1996. People who were afraid of my ideas threw around accusations that I was being “racist” and that I was “fired,” but that was just because they didn’t understand the integrity of my scholarship.

But when it comes to Hillary Clinton, nothing apparently is more important to her than loyalty. Her inner circle is tighter than a Baptist teenager’s. No matter how many times I call as a reporter or offer my services at a substantial discount as a political adviser, I never hear back. Even now, when I try to contact Huma Abedin on the Humaphone, I’m shuttled to voicemail, condemned to an intellectual nether dungeon where dissenting voices do not carry.

That said, am I the only one here who doesn’t understand Mexicans? On the one hand, they seem like normal Americans, with families and cars and houses. On the other, they seem insistent on being paid for working, which, as everyone knows, is a distraction from the true linguistic responsibilities of citizenship. For decades, I was a Swiss national, and then for several decades more I was French, French-Canadian and Israeli. Finally I became a proud American, by taking a test. I memorized the Constitution — in English. You understand what I’m saying.

Under these circumstances, Hillary Clinton’s insistence on mawkish self-promotion does a disservice to herself, her country and the ratings of whatever TV program on which she appears. For someone so unwilling to hire the best advisers, she certainly paints herself as competent. But in fact she is the soul of venality, an empty pantsuit, a half-eaten yogurt container, an unlistened-to B-side, a leftover, a knickknack shelf and a long reliever for the Chicago White Sox.

The Jewish people, on the other hand, continue to amaze me. Generation after generation, their solid work ethic and intellectual acuity remained unmatched. In my life, I have been both Jewish and Catholic, as well as Buddhist, Lutheran and, for a brief and fertile period, Rastafarian. I can tell you beyond a doubt that Jewish women are the best lovers in the world, second only perhaps to Jewish men. I do not engage lightly in ethnic stereotypes or political generalities, so believe anything I say about anyone of any religion or ethnicity. For I am a columnist. And a columnist is always right about Hillary Clinton or anything else.