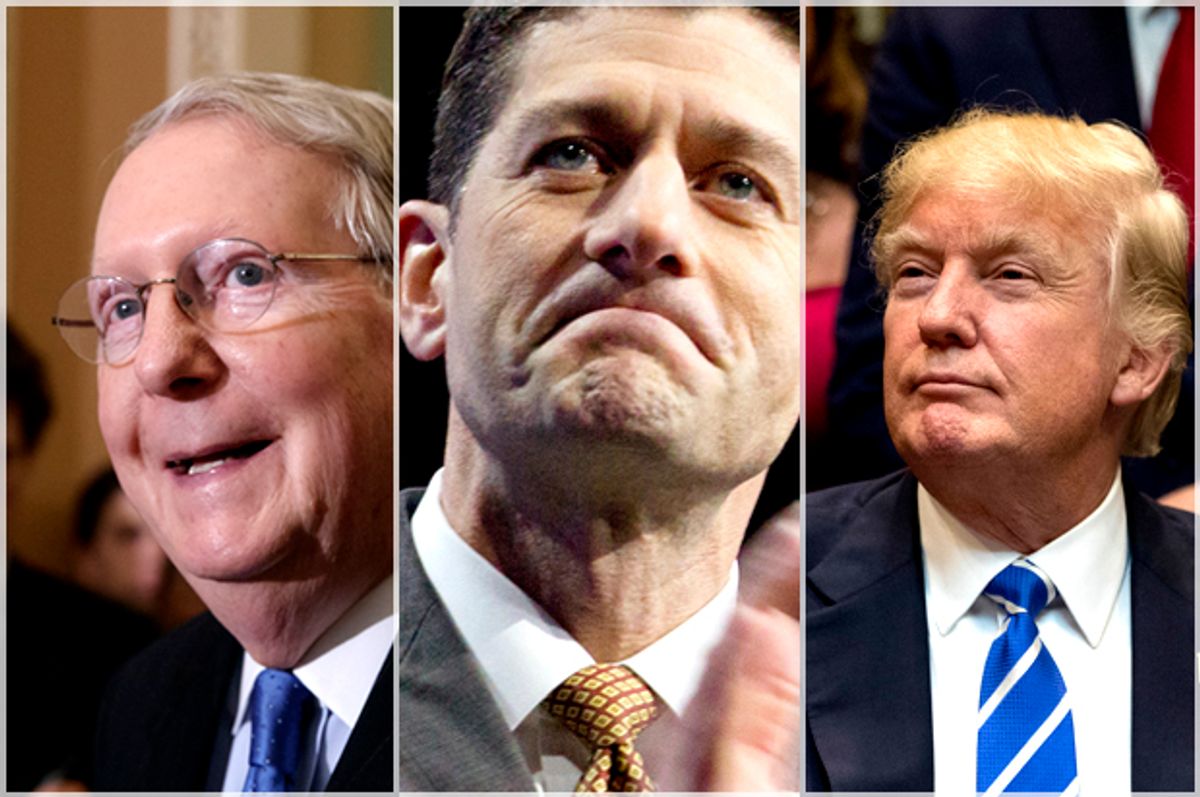 Even though the Republican Party is still overcoming the embarrassment of its initial (and overwhelmingly unpopular) Obamacare repeal-and-replace bill, as well as a second bill that arguably would have been even worse, that isn't stopping President Donald Trump from trying to push through some manner of health care bill before his first 100 days are up.

"We are going to have a big win soon, because we are going to have health care and that's gonna happen," President Trump told a CNN affiliate WTMJ in Wisconsin on Tuesday. "And there was no lose with health care, this is just a constant negotiation and the plan is getting better and better all the time."

Similarly, Vice President Mike Pence told CNN's Dana Bash on Wednesday, "I'm very confident that in the days ahead, we're going to see the Congress come together and we're going to take that important first step to repeal and replace Obamacare with the kind of health care plan President Trump has envisioned."

The latest news on this iteration of Trumpcare is that a deal was made between two Republican heavyweights — Rep. Mark Meadows of North Carolina, the leader of the conservative House Freedom Caucus, and Rep. Tom MacArthur of New Jersey, the leader of the moderate Tuesday Group — according to a report by The Huffington Post. Their compromise would allow states to conditionally waive the community rating provision barring insurers from raising premiums for individuals with pre-existing conditions and reinstates the Essential Health Benefits established under Obamacare (with states reserving the right to conditionally waive them).

Because MacArthur voted for the previous Trumpcare bill, his support of the new deal does not necessarily indicate broader movement among moderate Republicans. As Larry Levitt, senior vice president at the Henry J. Kaiser Family Foundation, told The Huffington Post, the new deal "effectively allows states to eliminate the ACA’s guarantee of access to insurance at a reasonable price for people with pre-existing conditions, in the interest of lowering premiums for people who are healthy. It seems to tilt heavily towards what the Freedom Caucus has been looking for."

As a result, the new bill is not guaranteed to do any better among moderate Republicans than its predecessor.

This, of course, did not stop House Speaker Paul Ryan from announcing on Wednesday that "we’re in the midst of negotiating sort of finishing touches" to a new Obamacare repeal plan.