WATCH: Can the future of food in America be as simple as one seed? Maybe 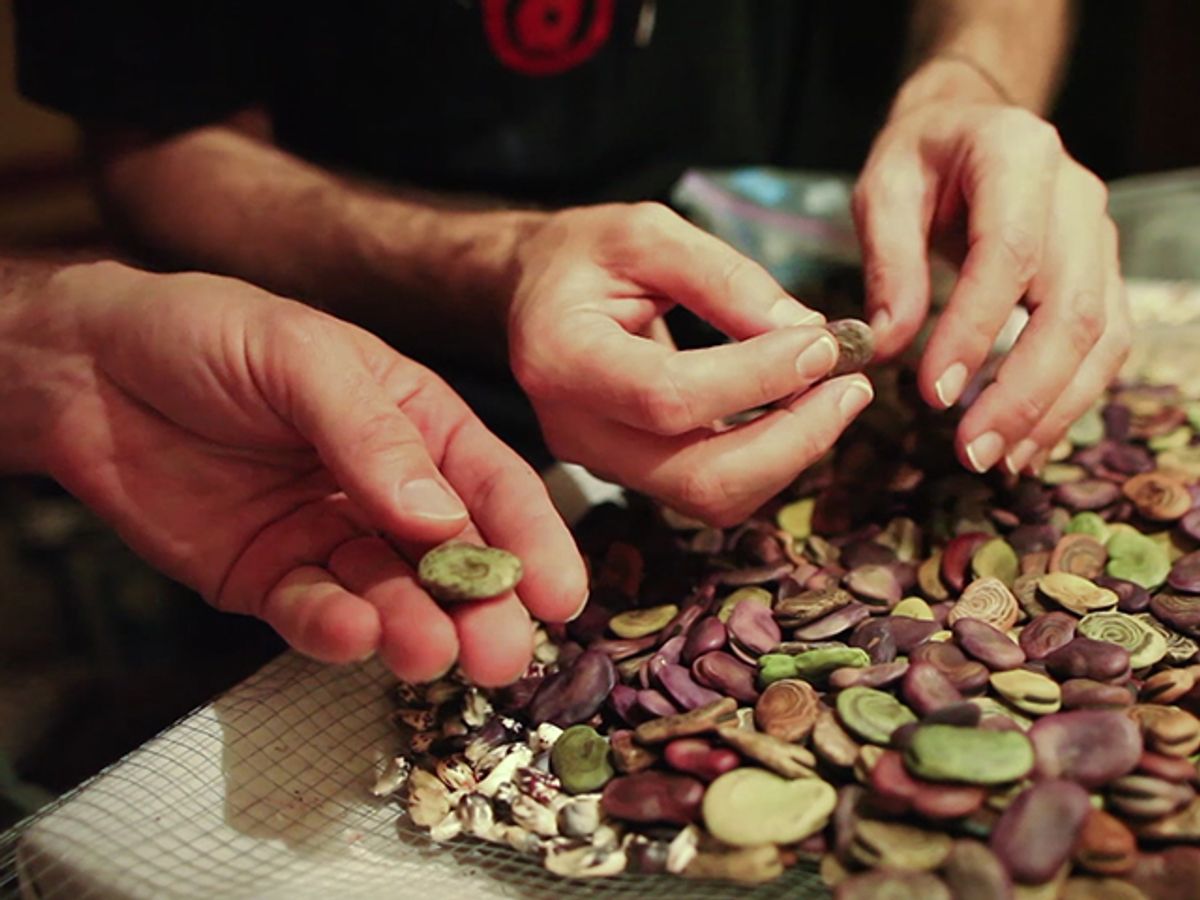 Worshipped and treasured since the dawn of humankind, few things on Earth are as miraculous and vital as seeds. Their magic and beauty are captured in the gorgeously photographed Independent Lens film, “SEED: The Untold Story.”

But the film, directed by Jon Betz and Taggart Siegel, is also a warning.

In the last century, 94% of our seed varieties have disappeared.

Once abundant seed diversity has been drastically winnowed down to a still shrinking number of mass-produced varieties. Under the spell of industrial “progress” — and driven by corporate profits — family farms and gardens have given way to mechanized agribusinesses sowing genetically identical crops on a massive scale. But without seed diversity, crops are susceptible to disease. The Irish potato famine in the mid-19th century is just one example of the tragic, nightmarish consequences of a mono-culture crop that fails.

In this excerpt from “SEED,” we meet Joe Simcox, one of the many activists around the world trying to preserve seed diversity and re-kindle a lost connection to this treasured resource. Seed-obsessed since he was a boy — and still a little pixillated — Simcox has become a botanical explorer, roaming the world in search of undiscovered plants and seeds. On a trip to the Peruvian Amazon, he delights in plunging into the natural world in search of plants that may heal and feed the planet’s booming population.

“My seeds are my way of sharing food with people all over the world,” Simcox proclaims. “I’ve been to over a hundred countries, collecting thousands and thousands of seeds,” which he displays with unbridled enthusiasm. He’s determined to share his bounty with “as big a swath of humanity as possible.”

Take this video trip with Joe, and for a deeper journey into the magical world of seeds, watch the full documentary, “SEED: The Untold Story” on Independent Lens on PBS.